Writing Duffy on a deadline

Seasoned journalist Dan Leger knew writing a book about a PEI senator’s troubles in under five months would be a challenge. What he didn’t anticipate was how fast the story would grow

The proposal was unexpected but straightforward: write a book of at least 50,000 words on the career of PEI Senator Mike Duffy and his entanglement in the Senate expense scandal. The deadline was another matter entirely.

In mid-June last year, Nimbus Publishing suggested that a Chronicle Herald column I had written about Duffy could be expanded into an interesting and timely book. And why not? The story was rocking the national headlines and after decades of covering politics, I had the contacts. Plus, publishing a book was a lifelong personal goal.

I figured I could have a manuscript completed by the spring of 2014. Problem was, Nimbus was thinking October 2013. After some negotiation, we settled on Nov. 1, giving me four and a half months for a full book, from a standing start.

Now, I have dealt with deadlines all my working life. As a wire-service reporter, I filed to newspapers in six time zones. At the CBC, I helped produce more than 15,000 newscasts.
But this was four and a half months for a first book, on a developing story, from a bare outline.

I started by writing what I already knew about Duffy, which was substantial. We had worked in the same pack during my six years in the Parliamentary Press Gallery. Duffy had spent a career in the media and political limelight, leaving a wide digital wake. And I worked the phones, tapping political and media contacts in Ottawa, on PEI and across the country. Parliamentary transcripts and RCMP documents were invaluable primary sources. 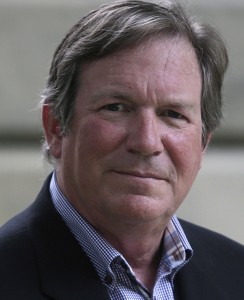 Problem was, the story kept developing. By summer, Duffy was the key figure in the biggest political scandal of the Harper years. The press gallery’s best reporters were on it.

They turned up a lot of information about Duffy, but also about Senators Pamela Wallin, Patrick Brazeau and Mac Harb. The “other three” tainted senators became separate branches of my research.

In August, I spoke to Duffy at his place at Cavendish, PEI and the story changed again. We exchanged more than 80 emails in the months that followed.

Then in October came the climactic events in the Senate, full of dramatic speeches and political bloodletting. Duffy would be suspended, and Nimbus agreed that event would make a good punctuation mark for the story and the book.

I edited right up to the deadline, a TV set on the news channels and an audio feed droning from the Senate. The final edits were
finished on Christmas Day.

Today, Duffy remains in legal and political limbo, facing 31 criminal charges with his fellow Islanders alienated. The book, Duffy: Stardom to Senate to Scandal , might be finished, but the story is still evolving.

Dan Leger is a print and television journalist based in Halifax. He has worked for The Canadian Press, the CBC and the Chronicle Herald.