Word for word: The language of Easter 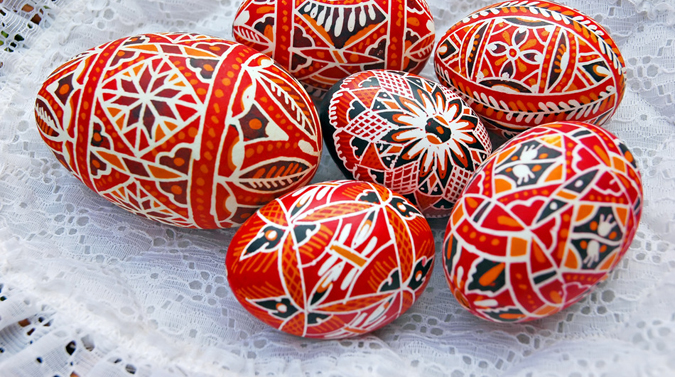 As the long-weekend approaches, Jon Tattrie shares the lesser known meanings of many words popular this time of year

As the spring sun surges in the east, we turn with worshipful hearts toward her resurrected heat, finding peace in the knowledge that our winter of suffering is finished.

So did our linguistic ancestors, both Christian and pagan. An archeological excavation of Easter’s language connects us directly toward those who gathered in springs long forgotten.

An Easter egg is a tasty chocolate treat, but it’s also a treat hidden inside a piece of pop culture. The Urban Dictionary defines it as “a hidden item placed in a movie, television show, or otherwise visual media for close watchers.” It comes from The Rocky Horror Picture Show, where the cast held an Easter egg hunt, but found few.

Easter, the Christian spring holiday, brings baskets of both kinds of eggs.

The word Easter builds on east, the direction, a word that goes all the way back to the ancient Proto-Indo-European language spoken thousands of years ago, where it was austron. The same root word came through Latin as aurora, which means dawn, and sits in Austria, which means eastern borderland.

According to the Venerable Bede, an English monk and writer in the 600s, the Christian festival supplanted the pagan festival celebrating the goddess Eastre. Her worshippers gathered on the spring equinox and looked to the east, and its rising sun, for her name. Early Christian missionaries could be a pragmatic bunch and likely repurposed an already popular holiday for the Christian one, just as they did with Christmas. Many Christians still gather for sunrise services on Easter Sunday, unknowingly echoing the ancient pagan rite.

Egg is an odd little word. It seems simple – it comes out of a chicken. But why do we egg someone on? That second meaning comes from the Viking word eggja, meaning to incite, and is cognate with edge.

Holy Week takes Christians through the final days of Jesus. It starts with him heading for Jerusalem (meaning foundation of peace – shalom means peace, and it also crops up in the middle of the Muslim greeting As-salamu alaykum).

Good Friday appears a blasphemous way to describe the day the Romans tortured Jesus to death, but it’s not. Good comes from an ancient root word meaning to unite (and is related to gather), and for several centuries good also meant holy: it is holy to bring people together. So Good Friday means Holy Friday. Crucify is a fancy Latin-based way of saying fasted to a cross – it’s sort of like “cross-ify.”

These last days are also known as the Passion of the Christ. This seems strange – there is no romance to this terrible beating. That’s because passion comes from the Latin pati, meaning to suffer, and we see it more clearly in compassionate, which means to suffer together (as does compatible). The extreme emotions present in suffering unmoored the word from pain and drifted it along to its modern meaning of lust.

This etymology helps us understand why long-married couples often cite compatibility as the key to a good relationship. Life brings us suffering. To propose marriage is to ask another to share that burden with you. At least with this definition, you can be sure the passion will never go out of your marriage.

On Easter Sunday, Christians celebrate the resurrection. The second part of that word is cognate with surge, and both come from the Latin word surgere, meaning to rise. If you add the prefix “re” to mean again, you get resurrection, meaning to surge again, or to rise again.

The Easter season ends 50 days later with Pentecost, which comes from the Greek pentekoste, meaning just that – the fiftieth day.

So this Easter, turn your holy hearts to the east and celebrate resurgent life as the suffering snow melts and life rises again from the reborn land.