Wild Chickens for the Soul

In May I published Running Wild with Bossy Boy, a creative non-fiction book about chickens, for children and adults. 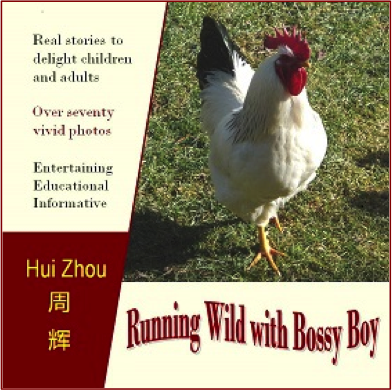 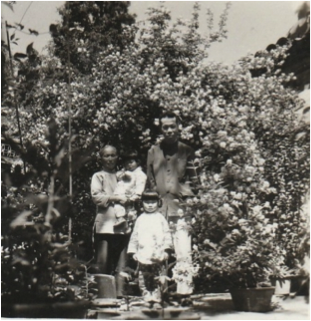 Chickens are one of the most common and widely spread domestic animals in human history, traced back to 7,000 years ago in Asia and Europe. Throughout most of that history, chickens were raised as domestic animals, an important part of a family’s existence.

When I was a child, I helped my grandparents feed chickens in our family yard in the old city of  Beijing. Every day, I looked forward to hearing, “Ger, Ger, Ger, Ge, Gar,” the sound of a hen’s clucking when laying an egg. I would run to the chicken house, pick up the egg and fill out the form Grandpa used to keep a record of the eggs.

However, because of the development of the city, tall apartment buildings replaced most yards, including ours. Those free-running chickens soon became memories hidden away in my dreams.

More than 40 years later, chickens came back to my life when I met Bob in Nova Scotia. We shared a chicken dream. One spring, Bob remodelled a playhouse into a chicken house, adding a small door and attaching a secure coop to one side of the house. By summer, we had peeping chicks.

Every day they run in the big country yard outside the coop, foraging tender greens, chasing flies and scratching for worms. After the daily feast, they enjoy stretching out under the sun, taking dirt baths, crowding together on a garden bench or roosting on trees. 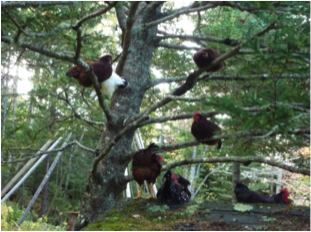 Although they do things together in a well-built pecking order, they are different from each other. Some are brave and some timid; some are straightforward and some complicated. They have personalities, or “chicken-alities.” Thus, every chicken we feed has a well-suited name. 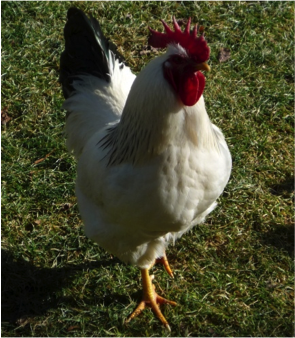 Bossy Boy is at the top of the flock. He is not only a boss, but also a caregiver, peacekeeper and guard. He has a natural talent for looking after the others and is capable of stopping fights between other roosters. But he never gets involved. When the flock runs in the yard, Bossy Boy keeps everybody in sight and never drops his guar for one second.

Like Bossy Boy, each of the 15 chickens in the book has unique stories reflecting their chicken-alities. How complicated is rooster Pink Feet? What faint-hearted characteristics does Timid Hen have? Why are two hens named Tweedledee and Tweedledum? These chicken-alities are clearly shown, but only when chickens live in their natural way: running freely. They are lucky, healthy and happy chickens, in contrast to those billions of chickens today being raised in commercial settings, either as egg layers in body-sized cages or as meat birds, overweight within a couple of months. This twisted way of living is a huge loss, not only to chickens but to humans as well.

These kinds of stories appeal to children and also to adults who are interested in raising backyard chickens, some of whom speak up loudly for the chickens’ welfare and fight for animal rights.

Born in Beijing and living in Nova Scotia, Hui Zhou is a bilingual writer, a freelance interpreter and translator with a long career in natural science.