The Enduring Power of the Eclectic: The Antigonish Review at 50 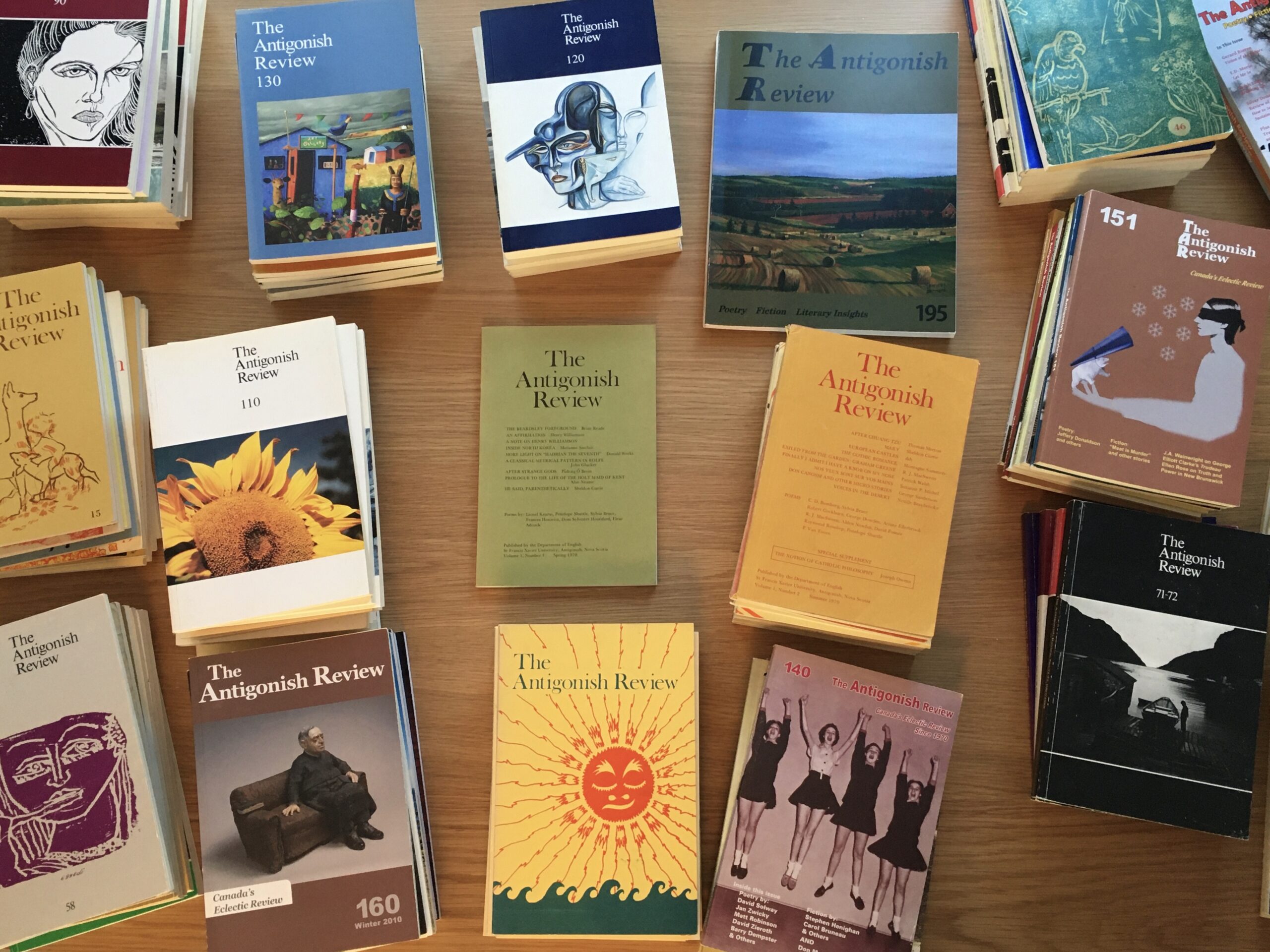 Editor’s Note: This piece was written just before the start of the COVID-19 global pandemic.

“I’m wearing a lot of hats right now,” explains Thomas Hodd, Managing Editor of the St. Francis Xavier University-based quarterly, The Antigonish Review.  The magazine (known affectionately by the acronym “TAR”) has been coping with the departure of several longtime literature and poetry editors, and leaving Hodd temporarily in charge of managerial duties, editing and curating, as well as crafting each issue’s digital layout.

To complicate matters, Hodd is based in New Brunswick, where he holds a full-time position as an English professor at Université de Moncton, and manages the Review remotely, with aid from assistants and associate editors in Antigonish.

The Antigonish Review was founded in 1970 by Father RJ MacSween (1915-1990). MacSween, who was the chaplain at the St. FX-affiliated women’s college Mount St. Bernard, envisioned the Review as a quarterly magazine that balanced its focus between local, national and international works of poetry and fiction.

“He was very much into that internationalist thing,” says Hodd of MacSween. “Embracing anything that was provocative and cosmopolitan in an international way. His ideas and his interests reached beyond the borders of Canada.”

In keeping with MacSween’s founding vision, The Antigonish Review evolved into a proud regional quarterly with a reach spanning the globe. On its website, TAR boasts readers from Korea and Saudi Arabia, and submissions from as far as India, Afghanistan and Brazil.

Early on, The Antigonish Review established itself as an outlet for both budding and seasoned literary talent. Irving Layton and Margaret Atwood have been featured in its pages, along with early works by Alistair MacLeod, Lynn Coady and Michael Crummey.

After MacSween left the Review in 1980, the position was occupied by George Sanderson who, along with his wife/managing editor Gertrude Sanderson, further shaped TAR into an institution built on several key staples.

One characteristic of this time was the magazine’s support for Canadian philosophical titan Marshall McLuhan. Sanderson, a professor of philosophy, was an admirer of the media theorist. In the TAR article, “Remembering Sanderson” (who died in 2005), Leo Furey recounts a story about Sanderson using a McLuhan interview from Playboy Magazine as reading material for one of his philosophy classes in the late 1960s.

In an article on McLuhan from TAR’s 1988 special commemorative issue, Sanderson speaks of McLuhan’s eclectic brand of thought and criticism. It’s clear that Sanderson’s appreciation for McLuhan’s style as a thinker was a direct influence on the style of The Antigonish Review: unorthodox and without confines.

Another contribution George and Gertrude Sanderson made to the publication’s character was a focus on translation. Both studied French and Spanish, and under their direction, TAR gained notoriety for publishing some of the first translations of prominent French-Canadian poets.

The Review expanded to feature translations from international poets, like Brazilian Edilberto Coutinho, and even more obscure, Hodd cites a translation of a canto of Dante’s Paradiso into Scottish Gaelic in one issue.

The Antigonish Review is also known for providing feedback to writers whose submissions are rejected, especially if requested by the writer. While serving as the chief editor for TAR, MacSween is said to have corresponded with writers via handwritten letters, and this is a tradition Hodd upholds to this day.

“It’s not a written responsibility,” says Hodd, “but it’s a practice I encourage for our readers, because writers want to know.”

When asked how The Antigonish Review has remained relevant after 50 years, Hodd credits the magazine’s 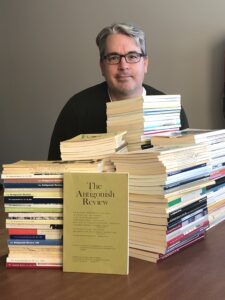 eclecticism, a word that often appears in reference to TAR. Something of a tagline, it encompasses its cosmopolitan vision and its diverse array of contents.

“It has a dynamic aspect to it,” says Hodd. “It isn’t just poetry and fiction, but it has translations and reviews. So, there’s literary criticism included as well.”

Asked about the Review’s next 50 years, Hodd has several goals he hopes to achieve as editor. Along with a special commemorative issue, he’d like to expand the magazine’s digital presence and aims to have the full catalogue of past issues available in electronic format. He also plans to give TAR’s website a much-needed “overhaul” and strengthen its social media presence.

He also hopes to revitalize the Review’s emphasis on publishing translations, one of the characteristics that once defined it.  “It’s such a provocative aspect.”

On the “philosophical” end, Hodd hopes to increase the quarterly’s profile from that of a venue for aspiring writers to a “first tier, top of mind literary journal.” He is confident this can be achieved without sacrificing TAR’s commitment to showcasing new and upcoming talent, but only if he demands “excellence” from each submission.

Hodd worries readers may forget that regional magazines like TAR are “the heart and soul” of this world. Such magazines often provide budding talents with their first opportunity to feel like “real writers.”

“Little magazines like The Antigonish Review are labours of love,” he says. “Their ultimate place in the literary world is to be that first spark for the writer. It’s that first place. It’s public acknowledgement of what they can become.”