Tales of Christmas Past

Stories have always had a way of weaving their way through our lives and traditions. There are some holidays though, when they really settle in and make themselves at home. Christmas is one of those holidays. Mixed in with the nostalgic childhood memories of twinkling lights on snow-covered houses, the wafting scents of hot chocolate and fresh-baked sugar cookies and the gleeful anticipation of Christmas morning are the stories. For those who celebrate Christmas, there’s always at least one beloved tale, whether it’s The Grinch who Stole Christmas or The Gift of the Magi. That story is usually as vital to their holiday experience as a dusting of snow on Christmas day. Children’s authors Don Aker, Sheree Fitch and Anne Louise MacDonald have shared their own stories and the memories that go with them, so make some hot apple cider, pull a cozy chair up to the fire and settle in for some holiday nostalgia from three wonderful Atlantic Canadian storytellers. 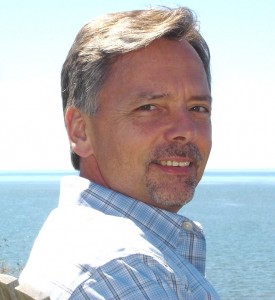 Don Aker, author of The First Stone and Running on Empty.

When I was growing up, most of the Christmas stories were scripture-based. The first story that really had an impact on me was The Gift of the Magi. But the one that impacted me the most, strangely enough, was A Charlie Brown Christmas. I was about ten when I read the book and watched the Christmas special. When Linus came out on that stage with his blanket, the light dimmed and he started talking about the Gospel of Luke, I thought, “Wow… that’s the real meaning of Christmas”. There was just something in that passage and the actor’s voice.

The memory came back to me again when my daughters were very young. At our church, they had a Christmas pageant for the kids. My daughters were three and five at the time. My wife and I were just horrified thinking about what could happen because, at that age, they aren’t always all that manageable. My youngest daughter, who was three, was Mary. All she had to do was sit by a manger with a Baby Jesus doll in it. I kept thinking, “This could go so wrong!” but she just kept kneeling and staring reverently down at this doll. That moment really brought Linus’s words home to me, all those years later. 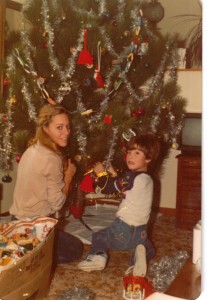 Sheree Fitch, author of Sleeping Dragons all Around and Kiss the Joy as it Flies

At Christmas time, the nativity story was really the only story in our house. We were raised Anglican, so for us, Christmas wasn’t just Santa and toys. We had our advent calendar, we went to church and I was the Virgin Mary in the Christmas play. It really is an incredible story, with the birth of the baby, light and hope. The part that I loved the most is when the angels came down from heaven and the shepherds were abiding in the fields. I still get really emotional when I think about it. There’s something about the humility of the shepherds and the angels saying “Fear not.” In life, if there’s any mantra that I’ve ever needed, it’s “fear not”.

Christmas stories often come to us through song. The songs at Christmas were probably even more powerful to me than the stories. Of the hymns, When Shepherds Watched Their Flocks by Night was my favourite. We also had a record with the Alvin and the Chipmunks Christmas special. Every year now I go on YouTube and try to find it.

Each year, we would trim our tree and there would be this big ceremony around turning the tree lights on. Ours was really special. We sat in front of the tree with our parents behind us. Our job was to sing carols…When Shepherds Watched Their Flocks by Night and Jingle Bells… and then we’d turn the tree lights on. And if the elves liked our singing, they threw pennies. We’d do the first song and then we’d listen. And sure enough, ping-ting! Ping-ting! They’d be flying from the ceiling…flying all over. Year after year, we sang in front of that tree. The elves came and when we finished our singing, we collected the pennies. 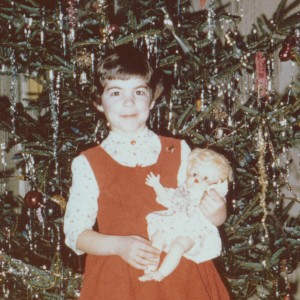 The Christmas story that sticks with me the most was The Night Before Christmas. We had a tradition with my parents. My father seldom read to us, but he loved to read that. It was probably his way of making sure that we all got to bed on Christmas Eve! I loved the rhyme and the predictability. I knew it off by heart by the time I was about four. I might even still know it off by heart now. There were two elements of that book that flowed through into our lives. I was always fascinated by the line “…all through the house, not a creature was stirring, not even a mouse.” I remember thinking “why would there be mice in the house?” I always had to check and make sure that there were no mice under my bed.

The biggest thing was the line “the stockings were hung by the chimney with care.” My mother made us red cotton stockings, big fat Christmas socks with white flannel tops. She cut letters out of black felt and stuck them on to make names. There was one for her, my dad, my grandmother and every child. By 1964, there were ten red stockings on the mantel, all thumb tacked in a row, from oldest to youngest. I still have the stocking she made me fifty-seven years ago.

Click here for more Tales of Christmas Past with other Atlantic Canadian authors!