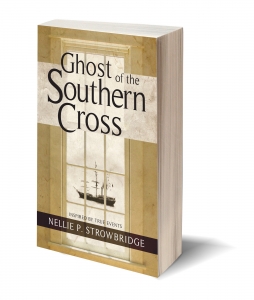 Whatever feelings readers hold about Newfoundland and Labrador’s seal hunt, two recent books from Flanker Press will be sure to move them with the harsh, historical economic realities that drove men onto the ice in a desperate effort to provide for their families.

Gary Collins’ Left to Die recounts the tragic story of 78 sealers from the Newfoundland who froze to death on the ice during the seal hunt of March 1914 while Nellie P. Strowbridge writes of the devastating aftermath of the sinking of the Southern Cross that same month, which took the lives of 174 sealers.

Unlike Collins’ book, which takes readers out on to the ice, this historical novel stays on shore with the outport families who gather anxiously to await news of the ship’s arrival in St. John’s. Weaving together several plot lines, it follows two friends, Elizabeth and Maggie, the sister and fiancée of Jamie, first time sealer who’d joined the hunt aboard the Southern Cross to earn enough to build a house.

Using their lives as a vehicle, Strowbridge documents a compelling social history of women’s lives in the outports of the early 1900’s, of the daily struggle to merely exist and of the cruel choices they were sometimes forced to make. Harsh climate, limited medical care, backbreaking work, malnourishment and disease, restrictive social mores and almost continuous child-bearing, combined to wear down body and mind, making death when it came often before the allotted ‘three score and ten’, a blessed release for the soul. That these women survived at all, and even managed to find brief moments of joy, is a testament to their strength of character that lives on in their descendants.

Inspiration for Ghost of the Southern Cross came directly from the Stowbridge’s own family history. The character ‘Elizabeth’ is based on her grandmother, Elizabeth Emma Maley who married Jacob Kennedy. She bore 12 children, three of whom died at birth and another of meningitis. ‘Jamie’ who drowned when the Southern Cross sank was her great-uncle James Maley. ‘Maggie Taylor’, however, is a fictionalized version of the young woman he planned to marry.