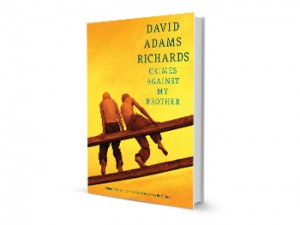 Early in David Adams Richards’ latest novel, his narrator notes that his three strong, male, blue-collar rural protagonists are “smarter, more resilient and more joyful” than his middle-class, left-leaning students. He proceeds to paint a vivid picture of these men’s bleak lives, deceptions, personal and moral failings, and how they’re interwoven with the collusion of government and a multinational forestry corporation that kills their hometown. The resulting robberies, domestic abuse, death by ignorance, death by murder, death by self-defence, and suicide eventually drive these men, once blood-oath atheists, back to God, but in desperation and guilt rather than joyful exaltation.

Through his academic narrator Richards attacks every significant event repeatedly, from multiple perspectives, each character’s fall – his insecurities and rationalizations of faults and misdeeds as he succumbs to the power of fate’s butterfly effect – refracted in a house of mirrors and amplified by rumours, which ultimately “destroy them all.”