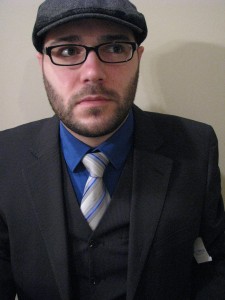 The trouble with writing about Alistair MacLeod’s contribution to Atlantic Canadian literature is that anyone who met the man will want to talk reverently about Alistair himself, and try and put his ethereal presence into words. But I know that if I tried I’d fail, which is a testament to his character.

Like many, I was introduced to his work in a first year university course, and if there’s one thing I learned from his stories it was that literature isn’t about plot – it’s a commentary on life. I was a biology student, but studying MacLeod’s work showed me how literature, not biology, is a truer study of life.

His impact on Atlantic Canada’s literary landscape is obvious and uncontested – he’s won national and international awards, and No Great Mischief was voted the no. 1 Atlantic Canadian book of all time in Atlantic Canada’s 100 Greatest Books (Nimbus Publishing). He’s even been appointed an officer of the Order of Canada. Given that his body of work is but one novel and roughly 20 short stories, that’s a lot of weight and worth crammed into a few books.

Some of his work deals with feeling displaced from home, often on account of moving away to make a living. This was a life choice many Europeans colonizing Canada made in the distant past, just as it’s a common choice today for Atlantic Canadians who migrate to find work in places like Alberta. The emotional toll of tearing up one’s roots, and as a result, a connection to the land and family that made us, is something MacLeod conveys very well, as is coping with the inevitability of change in our culture at home. What remains of us when we cleave ourselves from the culture and people that made us?

Though not born there, MacLeod was raised in Cape Breton at a time when the island could only be reached by ferry. Perhaps that isolation is what taught him the importance of place and cultural identity? Cultural identity is certainly something Atlantic Canadians feel more than most, and that could be why his work speaks so loudly to us.

MacLeod was a purposefully slow writer. His pace didn’t leave us with a plethora of work, but rather, a lesson. His patience showed us how perfectly crafted sentences will build an emotional bridge between a reader and the story, because we experience a well-written story instead of merely reading it. Also, theme and metaphor, age-old but dying concepts, added meaning and cultural relevance to his work. He was a truly classic writer the way Joyce or Thoreau were.

The first time I met him was in an elevator in Toronto after IFOA; a prestigious festival I felt fortunate to be a part of. So you can see the metaphor in “going up” with MacLeod. He walked in saying, “Could you hit 11 for me?” I was staying on floor five, and he floor 11. In life, as in his writing, MacLeod will always be levels and levels above the rest of us.