Why you need to read The Book of Negroes now 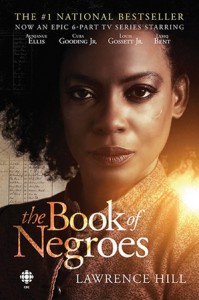 Haven’t read The Book of Negroes yet? Wondering if it lives up to all the hype? It does! Here are 5 more reasons you should read this soon-to-be classic

1. Lawrence Hill is a phenomenal writer. He will take you on a journey from Africa, across the Atlantic to the American South to New York City to NS to Sierra Leone and on to London. At each step of the way you will be unable to put this book down.

2. Aminata is a fascinating character who never wallows in any self-pity – even when most of us would be unable to pick up the pieces and move on. You will agree with the reviewers who place her in the same league as Hagar Shipley from Margaret Lawrence’s The Stone Angel and Anna Karenina as unforgettable female protagonists.

4. The novel begins near the end of Aminata’s life as she reflects back on her amazing journey. Knowing that she survives each horrific stage of the novel makes it easier to read since we don’t have to worry about her quite as much.

5. This novel has major prizes attached to it. In 2007 it was long listed for the Giller and won the Rogers Writers Trust Award in 2007. In 2008,  it took the Commonwealth Writers Prize and was longlisted for the IMPAC. In 2009, it beat numerous other books to win CBC Radio’s Canada Reads.