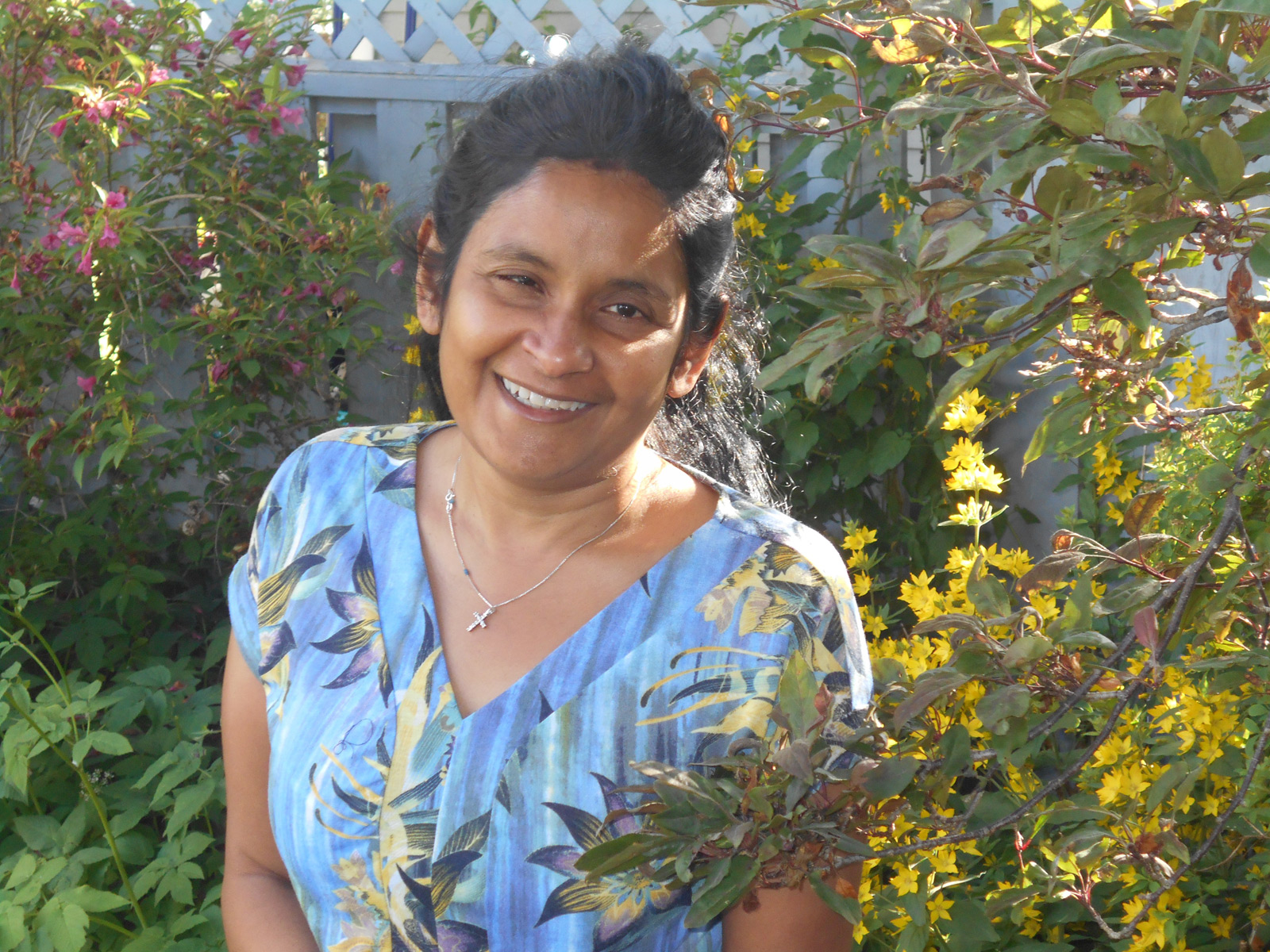 Tara Nanayakkara wrote her first novel on an IBM Selectric typewriter when she was about 14 years old. It was a 160-page historical novel titled Carrie of Picton.

“It was a very detailed account of a girl growing up in Ontario in 1867,” says Nanayakkara. “It was a historical novel with a lot of the confederacy thing happening in the background.

Her mother and her mother’s friends were her first editors and Margaret Lawrence was one of her first critics. When Nanayakkara completed the novel, she sent sample chapters to the CanLit queen, but the response she received wasn’t what she’d hoped for.

“Her feedback wasn’t rude, it wasn’t encouraging, it was just, ‘Oh well, these are nice attempts at writing, and you need to do this, this, this, this. And oh, the publishing world is very difficult to break into,’” recalls Nanayakkara. “Of course, this is going back nearly four decades so it’s hard to remember.” 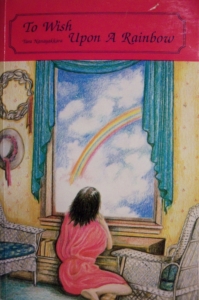 Discouraged, 14-year-old Nanayakkara set her writing aside until she was a little older. She did return to it eventually though, when she started working a project. That would eventually become her first published novel, To Wish Upon a Rainbow. When she looks back at that novel now, she can see links between her personal identity struggle and her characters. Nanayakkara was born in Sri Lanka, but she’s lived in Canada since the age of three.

“My characters didn’t really have a nationality,” she says. “They didn’t really know who they were. I was sort of struggling with the identity thing myself, because I grew up in a white culture but I was Sri Lankan, so you have this dichotomy, these feelings of conflict.”

Her next book, Priya’s World, has a strong personal connection for her as well. After gaining 40 pounds during one of her pregnancies and 46 during another, she developed an intense “fear of gaining a tremendous amount of weight.” This experience inspired Priya, a kindergarten teacher who loses her parents in a plane crash and develops anorexia as a way to regain a sense of 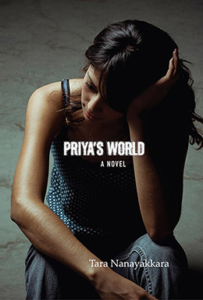 control over her world.

“At that point I was back to my pre-pregnancy weight but I was very cognizant of the fact that this fear is so real, so terrifying,” says Nanayakkara. “And I channeled those feelings into my character.”

Pleased with how her Priya’s World characters had turned out, Nanayakkara decided to continue writing Sri Lankan main characters. Her newfound confidence in her own identity and her character development resulted in her self-published novel, Cardboard Dreams, which she says began as a “remake” of To Wish Upon a Rainbow.

“But then it had a mind of its own and said, ‘No! I’ve got my own identity! I’m not going to be To Wish Upon a Rainbow, I’m going to be different!’” says Nanayakkara. “The crux of the story is the same though. It’s a much grittier 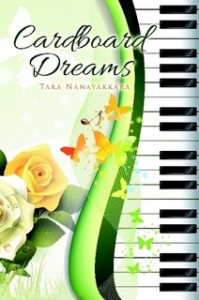 Since then, Nanayakkara has strengthened her sense of cultural identity. But she has another daily challenge to overcome: she’s visually impaired. Even with adaptive technology, she can still only write for a limited amount of time every day. She can’t dictate her stories because, like many writers, her writing process simply doesn’t work that way. And Nanayakkara says her visual impairment affects almost every aspect of her writing life, from writing and reading to travelling and presenting.

“I could tell you the fairy-tale version, that it’s no big deal, it’s not a challenge at all, that it’s all your attitude, but I’m sorry, I’m going to tell you how it really is,” she says. “It’s difficult. And it’s not just fighting the eye strain and not being able to write as fast as 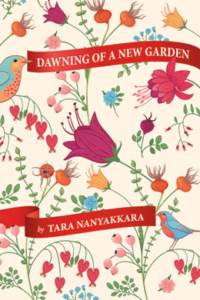 But in her mind, Nanayakkara’s vision is strong. When she writes, the images play out in her mind and she has to type quickly to keep up with them. Music is an important part of this process.

“I can’t write a single scene without music,” she says. “With music, the story appears like a movie in my mind and the computer keyboard is like a piano. And I actually do play the piano. So the music is on, my fingers just glide across the keyboard and the ideas fall into place.”

And those ideas show no sign of slowing down. In 2016, Nanayakkara published Dawning of a New Garden and she’s just wrapping up the first draft of her next novel, which she’s titled Patchwork Family.