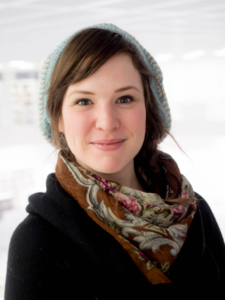 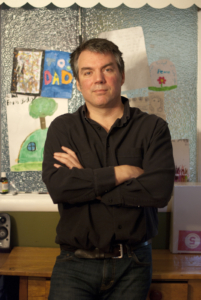 I have a BFA from Mount Allison University. While the fine arts department taught me to paint, The Argosy, Mt. A’s combative university newspaper, taught me to draw cartoons. I not only drew cartoons for The Argosy, I also edited other people’s cartoons.

It was here I learned the difference between what works and what doesn’t work in the cartoon medium, mostly by learning what doesn’t work. This was my testing ground in the early 90s and it led to an award-winning career in cartooning.

More than a decade later, The Argosy would become the launch pad for another Atlantic Canadian cartoonist. While Kate Beaton worked on a BA in history, she had the identical job I had editing and drawing cartoons at the Argosy. And while I went on to be a political cartoonist, Beaton went on to become an online strip cartoonist and author of the comic strip Hark! A Vagrant.

Beaton not only puts what she learned at The Argosy to good use, she also uses her BA in history. Hark! A Vagrant uses historical and literary figures and puts them in historical settings to make satirical comments about contemporary society. It is like no comic strip that has come before it, and it has been recognized internationally.

Since Beaton started Hark! A Vagrant, it has won her a Doug Wright Award, Ignatz Award and a few Harvey Awards. It also led to a couple of bestselling collections, Hark! A Vagrant and Step Aside, Pops. Although she has a large international following and in spite of constantly being ranked as one of the most important female comic artists working today, she works and lives in the small town of Mabou, Nova Scotia.

Mabou may be a small town, but its residents punch well about their weight. It is home to The Rankin Family, the renowned singer-songwriters, and it is the birthplace of Rodney MacDonald, former premier of Nova Scotia. When you add Beaton to this list, that’s a pretty good alma mater for a town with a population of about 1,200 people.

And why not live in Mabou? These days in the cartoon world it doesn’t matter where you call home. With technology, Beaton has proven you can work from any place on earth and still be as prolific and as successful as somebody living on Manhattan Island.

Besides Hark! A Vagrant, Beaton has done work for The New Yorker, Marvel Comics and the animated television show Adventure Time. She has been profiled by some of the most renowned publications in the world.

Most recently, Beaton has turned her attention to drawing children’s books. Her first children’s book, Princess and the Pony, was about a girl who wanted a horse. But not just any horse. She wanted a warrior horse. It’s a simple story about how you can fail to get what you want and end up with something special nonetheless. Princess and the Pony won the CBC’s Choice Book Award in 2016 and was shortlisted in the Globe And Mail’s Best Book of the Year for 2015.

It seems like everything Beaton’s pencil touches turns to gold, which is apt, because her second children’s book is called King Baby. King Baby, like Princess and the Pony, is as entertaining for parents as it is for children. King Baby is about a newborn baby and illustrates how first-borns rule their parents with absolute power. And, like everything Beaton has done in her short and prolific career, it’s filled with absolute humour and absolute charm.