Little House by the Sea 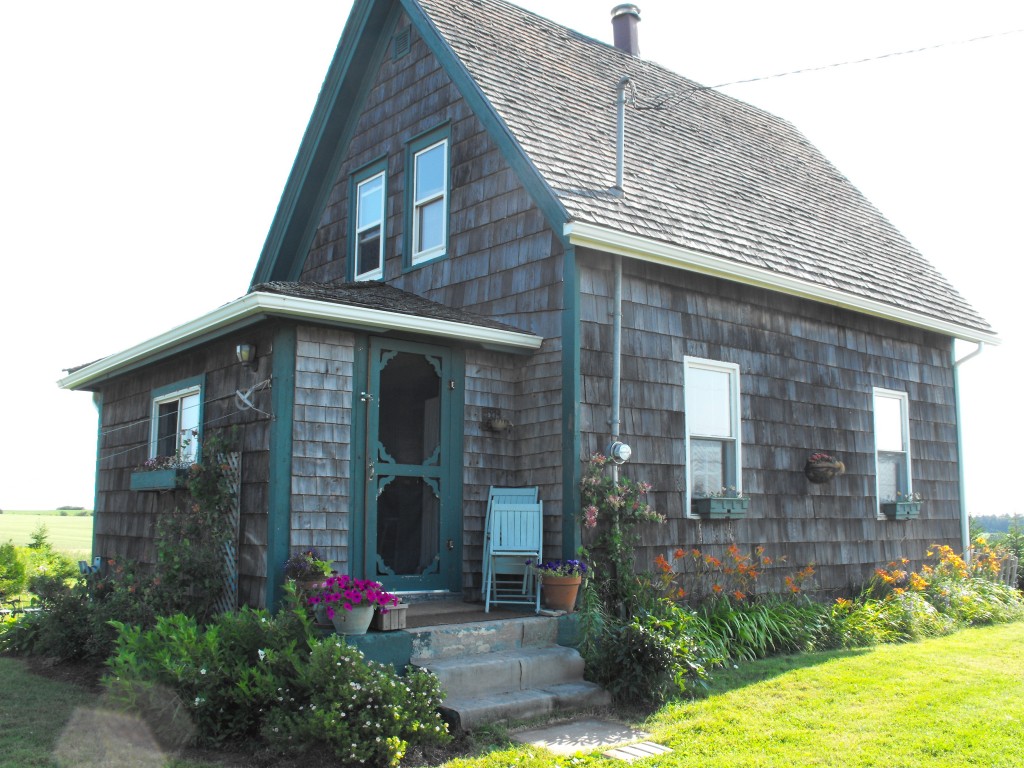 Hilary MacLeod is gathering a literary following for her P.E.I.-based murder mystery series, but death on The Shores wasn’t her first brush with small-island intrigue. When her family lived in Mexico, her father sold airplanes to a couple of Cuban men—one called Batista and the other Castro. When Batista was overthrown, her father was brought before Castro’s revolutionary court. “They pointed out that my father had flown in 200 Castro supporters and the case was dismissed,” she laughs.

The Cuban incident is just one of many anecdotes from an itinerant life that has taken her from her birthplace in Edinburgh, Scotland to Mexico, New Brunswick, Quebec and Ontario, among other places. 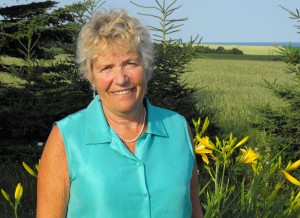 MacLeod first encountered P.E.I. at age sixteen and fell in love. But it would take a dirty landlord and a midnight flight years later to finally bring her “home.” She had been working as a CBC journalist hosting a morning show in Saint John, but landed a dream job teaching media studies at Loyalist College in Ontario. She took what was supposed to be a last visit to the island in 1990, but things went wrong at the guesthouse.

“It was a dark and stormy night. I was running away from the bed and breakfast because the landlord had taken a fancy to me,” she recalls. She fled in her car and got lost in the storm; soon, she was compelled to answer the call of nature. “And I saw it. A house for sale—to be moved.”

The small, ramshackle wood house was a kindred spirit. Restless, it had started life overlooking a Cavendish pond locals called the Lake of Shining Waters. One frozen winter, it skated across the lake, slipping partly in, before taking root on the high ground. It moved again 80 years ago, to its present location in Sea View, a small community further along the island’s north coast. MacLeod bought it the day after she first saw it. Her love for it was bolstered when she learned of its literary pedigree—it had once belonged to the family of Lucy Maud Montgomery, part of the Campbell home that the Anne of Green Gables author called the “wonder castle of my childhood.”

MacLeod planned to use the house as a summer writing retreat. She worked out a way to keep the home where it was, so she—and her house—could finally settle down. That first summer, painting got in the way. More renovations followed the next year. Soon enough, a decade had passed and the house looked great, but she hadn’t written a word.

Unbeknownst even to herself, MacLeod had been doing research. Unlike most summer residents, her home faced inward to the village, not outward to the ocean. That meant she had found her way into the community of Sea View. And Sea View had found its way into her. “The writer searches, I think, for, ‘What is it I’m supposed to write about?’ And there it was,” she says.

She took a sabbatical year in 1999 and turned out thirty-four pages of a murder mystery. In 2007, she took a second sabbatical and “it all came pouring out.” What came out was Revenge of the Lobster Lover (Acorn Press), a murder mystery set in the fictional island-off-an-island called The Shores. It’s P.E.I., but not quite our P.E.I. There is a Charlottetown, but the second town is called Winterside, not Summerside. This P.E.I. is connected to the mainland by a train tunnel, not a bridge. And while a map of The Shores would safely navigate you through Sea View, it’s a Sea View refracted by the light of the author’s imagination. It has flavours of Scotland, a hint of MacLeod’s cabin in the woods near Ameliasburgh, Ontario, and perhaps a dash of Cuba.

MacLeod says that growing up, few homes lasted longer than a few months or years, and life was a long series of packing and unpacking. Her work has taken her from province to province, and even the stability of the teaching job was offset by the annual migration to Sea View. A recent visit to Scotland with her daughter reminded her of that home, too.

“I have no place. I have no home—I can’t have a home. That comes from being brought up in so many places,” MacLeod says.

So in a way, The Shores has become her home. Revenge of the Lobster Lover started the series with a plot involving an agitated representative of the Lobster Liberation Legion, an antiquarian and, naturally, a murder. It won the CBC Bookie for Best Mystery, 2011. Mind Over Mussels continued the odd-ventures of Hy McAllister, web writer and amateur sleuth, this time hunting an axe murderer who seems to have killed a Jimi Hendrix impersonator. The latest instalment, All is Clam, offers a Christmas murder mystery. A strange family drifts into The Shores to reclaim an abandoned home—and to hunt for their mysterious legacy. Death returns to The Shores, leaving macabre presents under the tree.

MacLeod is 20,000 words into the fourth instalment. Having retired in June, she plans to extend her usual summer stay to six months or more next year, taking her deep into the island winter. When she’s in P.E.I., her routine is to start early in the morning in her living room chair, facing the rising sun, and write. She’s excited about her first taste of winter writing in P.E.I.

“I have a wood stove and I have windows that look out over a lake. What I really like is working in the dark. There’s more dark in the morning in winter. To me, that feels so cozy – what else am I going to do?” she asks.

MacLeod says she doesn’t plot out her books, and finds the characters and scenes come more easily than the story itself. Characters surprise her, and she hopes they surprise the reader in turn. She says the routine of writing is crucial. A day off easily leads to another, and soon enough a decade has gone by. But one day at the rock face of writing gets the inertia going forward, and makes the next day easier. She generally writes three drafts before submitting it to her editor. They both take another go at it and she combines that feedback for the fourth and mostly final draft.

The books have been warmly received in Sea View, with many locals making a point of being front-and-centre for MacLeod’s launches and readings. She’s hoping for a similar reception for her fourth instalment. She also wants to bring a lighter, funnier tone it—at least, as light and funny as murder can be.