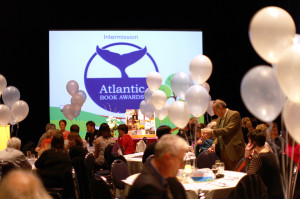 The Award recognizes Baglole’s path-breaking contribution to PEI writing and publishing, including his instrumental role in establishing one of the Island’s first publishing houses, Ragweed Press, in 1973, and his leadership in the development of the Institute of Island Studies, and of its publishing arm, Island Studies Press. Baglole, an accomplished author in his own right, has also given great encouragement and support to many others in the Island literary community, including Laurie Brinklow, noted Island poet and founder of Acorn Press. In recent years, Baglole has been particularly active in honouring the legacy of the Island’s foremost man of letters, through his work with the Sir Andrew Macphail Foundation.

Atlantic Book Awards Society Board member Paul Robinson, who nominated Baglole for the Pioneer Award, notes: “From the birth in 1976 of The Island Magazine, where he served on the editorial board, to the summer of 2014, when the play, The Master’s Wife will open at the Orwell Historic Village Hall, the name ‘Harry Baglole’ has been inseparable from the cultural and artistic life of P.E.I. in all of its varied and rich dimensions.”

About the Atlantic Book Awards Society

About the Pioneer Award

The Pioneer Award was created by the Atlantic Book Awards Society in 2013 as a lifetime achievement award recognizing an individual’s exceptional contribution to the literary arts in Atlantic Canada. The Award honours people who have gone above and beyond the call of duty, and who have, through extraordinary innovation, risk-taking, self-sacrifice, and creativity, provided opportunity and inspiration for those sharing Atlantic Canadian stories through writing and publishing.