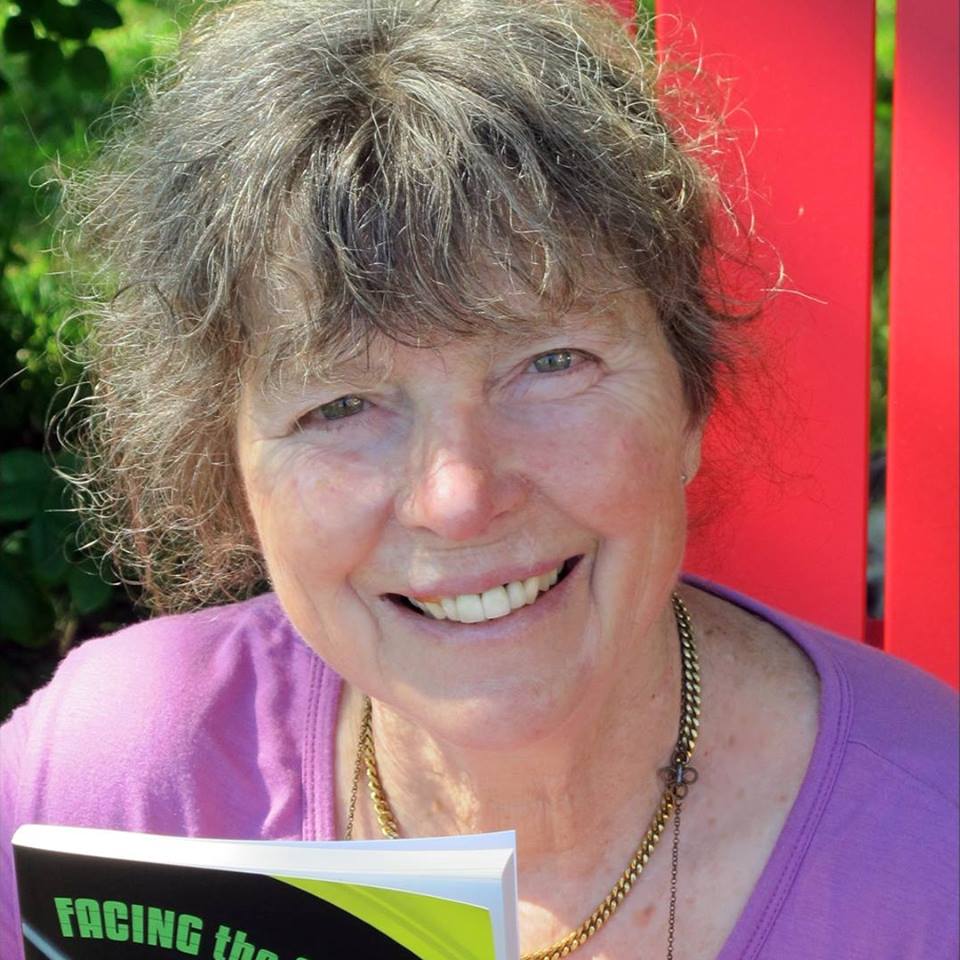 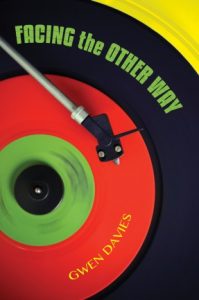 Other Way. It explores the changing nature of life as its characters age from naïve youth to more seasoned stages. We had a chance to chat with Davies about idealism, disenchantment, community, honesty and impulsiveness.

Atlantic Books Today: The linked stories in this collection show your characters at different stages of life, starting with innocent youth. Can you tell us about that portrayal of not only innocence but idealism?

Gwen Davies: Both innocence and idealism often come from lack of experience. In his book 1968: The Year That Rocked the World, Mark Kurlansky looks at how the idealism of this time was unique because it followed the Second World War, the holocaust and the atom bomb and led to worldwide uprisings and insistence on change. The new technology, television, let people see what was happening everywhere.

In North America,  we were raised in a secure environment that gave us time to be idealistic. The young characters in these stories go to university, read, spend time in the pub and over their communal dinner tables arguing and learning with and from each other. They were part of an enormous movement that was challenging everything that came before and demanding a future made for people.

ABT: What does it mean to be idealistic? Is it something that young people are inevitably destined to lose?

Davies: It’s not inevitable to lose it, I think, but to maintain a realistic idealism we have to keep adjusting and setting new parameters as we gain life experience. The other option is to become hardened. I don’t think cynicism and idealism are necessarily opposites, since many people I know live with both. But you have to give yourself that opening of letting go of what you assume is true to pull that off.

ABT: Later we see some of these characters become somewhat disenchanted with certain parts of their lives. Why is middle age so much harder than we tend to expect when we are young?

Davies: I think each generation builds its vision out of what they learned from the last one. And I think we can’t hear other people’s experience until we have a framework that helps us make sense of it. So inevitably, to use that word again, things about middle age don’t make sense until we are up to our armpits in it.

That said, there was a lot of not talking between my generation and our parents who came out of the war years. There was just too much damage and disruption, and pretending seemed to be the only way to carry on. TV and movies gave us The Waltons and My Fair Lady. So many musicians called for attention in songs like Simon and Garfunkle’s “The Sound of Silence.” Music and other arts of the time were a significant part of the protest movements. The thing is, when you’re young, you have not been disappointed enough to think you can’t take it on.

But reality shifts and we change. Different things take our attention, like keeping our own children safe and fed. We have to make room for the next generation to take the lead–they will anyway. The ghosts sneak out of our closets. The body demands more attention to stay healthy. Dare I say, the corporate machine we are dealing with has grown very strong? These all suck up time and energy.

ABT: How are we to get through these mid-life crises?

Davies: In my mind, the only way out is through coming together, to think and explore and challenge and support each other. That will give us the courage to keep on embracing what’s new. To stay alive we need to stay curious and to move on with who we are after we’ve been slapped down. And relax with what’s familiar as well.

ABT: What do your characters hold onto to pull them through?

Davies: Particularly the last story in the collection shows the power of long-term community. They show up and they rely on each other to show up. They listen. They create “normal” for each other so that they can let go of trouble and have a place to start. When they get it wrong with each other they work through the hurt and the trouble and show up again ready–in this case to see what Lorraine and her partner Thelma need as Lorraine prepares to die.

Their own integrity is a power that each of the characters ultimately relies on, as well, even when it takes awhile to get back to it.

ABT: The work really hones in on living in community, sometimes manifested in scenes of people cooking together, which is a common community builder in so many cultures. What is it about food and cooking together that is so powerful?

Davies: When you’re physically focused on something that is a physical activity, your senses are stimulated and your mind can often go into some place more fertile than thinking. I can be more open and spontaneous because I’m half occupied–like talking to a teenage kid while you’re baking or driving together. The exchanges can follow a deeper path because you don’t have to fill every minute, you aren’t in the confrontational position of being face to face and so you can leave space for your mind to work through ideas. The reward is sometimes a delightful meal.

ABT: What do you think some of your characters, if asked, would say about community, about what it means to them?

Davies: I think they would say that it is the family of choice and the place you always turn. It’s always part of you. But they were lucky. They managed to work out a community of people who were different enough that they didn’t get to be complacent. And so they would say that’s how they were able to become more of who they were.

ABT: You said at one point that the thread among these stories is the concept of “behaving in a truthful way.” What does that mean to you?

Davies: Characters are pushed to the wall until they no longer have the ability to be anything but truthful to themselves. Like everybody, I’d be just as happy to be comfortable and get everything right and have a good time. Since I know that doesn’t get me anywhere, I tend to throw myself into uncomfortable places and situations where I’m forced to do things differently. That’s what I call having the courage to change. So I catch my characters in those uncomfortable situations and see what they do. Eventually, they all seem to find the courage to find what’s true for them. That isn’t always what’s most acceptable to people around them either.

ABT: How are we to know we are behaving truthfully?

Davies: Because at least some of the time we wake up in the morning feeling alive and optimistic and excited!

ABT: One story (and much of the book really) hinges on a character’s very impulsive act. How does impulsivity relate to truthfulness?

Davies: In my experience, instinctual actions tend to be honest and in a crisis I think they are always truthful. I think of crisis as that moment when you must make a decision you’ll have to live with and you have no time to think it through. To take that a step further, truthful doesn’t necessarily mean easy. Facing the truth about yourself can be awkward and uncomfortable.

ABT: Are we most honest when we are impulsive or when we deal with the consequences of impulsive actions?

Davies: I believe that what appears as impulse comes out of a lifetime of gathering. All your intelligence and beliefs come to a point of focus at that moment of impulse and we have no filter. Dealing with the consequences, though, is really up for grabs. Dealing honestly with what comes out in an impulsive moment is optional. In the early story a character registers a baby under her name, rather than that of the mother. Later in the book we get to see how honestly she has dealt with that moment of action. In general, we always have the option of running, pretending, dealing dishonestly with the consequences come from that same place.