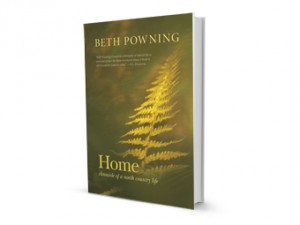 Unpicking the threads of women’s occupations and interests from the fabric of official history is a special challenge. “Usually women’s activities are invisible,” Linda Cullum and Marilyn Porter write in the introduction to Creating This Place: Women, Family, and Class in St. John’s 1900-1950 (McGill-Queen’s University Press).

Women’s personalities and achievements are often overlooked and effaced, and they may leave little of their own writing. Researching the roles they played and the accomplishments they made requires a non-standard approach, integrating diverse materials, and recognizing gaps as not just missing data, but possessing meaning in themselves.

This trio of non-fiction books addresses the deficit in the historical record in different ways. The nine essays in Creating This Place consider such subjects as women’s roles in church, school, charity, government and labour unions in the first half of the 20th century, when Newfoundland rang through so many changes, including two world wars and Confederation. Beth
Powning’s Home: Chronicle of a North Country Life (Goose Lane Editions) is a reissue (first published 20 years ago) with a new introduction and photographs, of a first person diaristic account of a quarter century of life on a New Brunswick farm. Mary Sheehan’s When Freddie Gardner Played: My Life and Times in Aberdeen Hospital School of Nursing 1951-1954 (Marechal Media Inc.) is a memoir of her studies as a student nurse in Nova Scotia, although somewhat oddly that is the subtitle (the title refers to a brief but significant exchange she had with a patient during this time).

The women of Home and Freddie Gardener speak for themselves:

I hear wind in the grass. I hear water, splashing over rocks. I hear the creak of tree bole, and the hollow rapping of a woodpecker. I hear pine needles, whispering.

The heart of the wind eludes me. -Powning 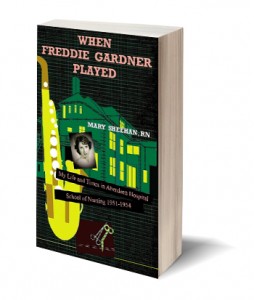 However, we found some rules difficult to understand or accept, such as why we had to weigh ourselves on the bathroom scales in the foyer. Our weight was recorded on a list beside the phone booth. We were also directed to always stand for the physicians and senior students as they approached our desk. Another sheet was for us to sign stating church attendance if we were off duty on a Sunday. -Sheehan

In contrast, the women in Creating This Place communicate through a spectrum of channels. The bibliography includes 30 pages of primary and secondary sources,
including special library collections, interviews, personal correspondence and a range of publications. And the authors collectively think outside the archival box, broadening the research to letters to a premier and a family story handed from mother to daughter:

I am writing this letter to you, as I am very badly in need of help. I am a Canadian and married to an ex-serviceman of Portugal Cove. I came over here a little over a year ago to live with my mother-in-law and things haven’t turned out right somehow and half the time Mr. Smallwood I have been turned out on the street with a year and a half old boy and a four month old baby. -Sonja Boon, “Women’s Letters to J. R Smallwood” 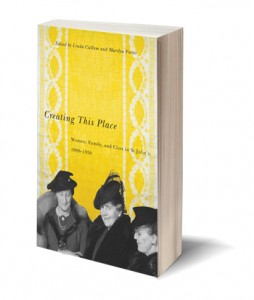 In November 1954, my mother, Marjorie Bullen, left her home in Mose Ambrose, Fortune Bay, to take a job as a domestic at the St John’s Sanatorium … She was sixteen years old. Marjorie’s mother and two older sisters had been diagnosed with tuberculosis several years before, and at age fourteen, Marjorie became responsible for her mother’s household work, including the care of four younger siblings. When one of her sisters returned home from treatment, Marjorie decided a change was in order. Leo, her father, a master mariner … arranged a berth for her on the SS Bar Haven… -Bonnie Morgan, “Activist Anglicans and Rectors’ Wives: The Impact of Class and Gender on Women’s Church Work in St John’s”

These materials are interpreted with inventive, intuitive scholarship. The holes they fill in the foundation of NL history are fascinating, while suggesting support for much more study. The other books speak, in turn, with lyric observation of home and nature, and with frank if nostalgic autobiography that enfolds a town, a vocation and a time. Thus some insight into women’s voices in history gets knitted together.