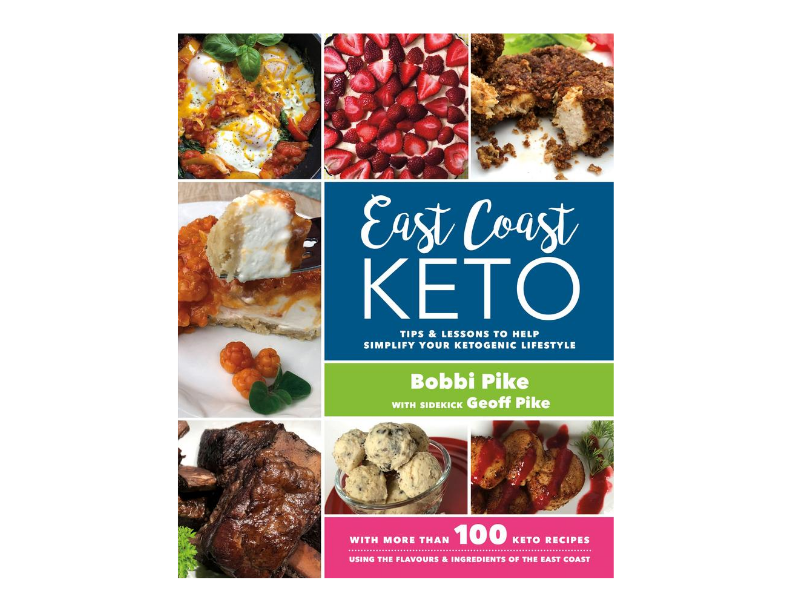 Just like those sugar ratios, every cookbook has its own mix of ingredients as inspiration. A pinch of social media sharing, a dash of luck, sometimes a connection in the book industry. Always a whole lot of recipe testing.

Each food author has to figure out the ratios that work for them. As shown by a recent surge in East Coast food books, there is plenty of room on the shelf for more.

Journalist, food writer and cookbook coveter Simon Thibault just finished a one-year tenure as Developmental Editor-at-Large with Nimbus Publishing. As the owner of more than 300 cookbooks (and more than 100 other food-related titles), and author of Pantry and Palate: Remembering and Rediscovering Acadian Food, published by Nimbus in 2017, Thibault knows how to spot a good idea.

“My job was to help people develop their ideas and stories into fully fledged book proposals to pitch to Nimbus, and to help them gain an understanding of book publishing in general,” says Thibault. “It was a lot of getting potential authors to understand why their story mattered, and how to best present it, while understanding the amount of work necessary in writing a book.”

Cookbooks aren’t just recipe collections. They have stories to tell.

Thibault emphasizes that knowing your story, and why you should be the one to tell it, is the basis of all good cookbooks.

“Confidence in your material, as well as being able to back it up by knowing your market. A publisher wants to know you have an understanding of what is necessary to write, publish, and promote your book.”

Once you’ve solidified the angle, the recipe gets more complicated: you have to make sure the cookbook is persuasive.

“A real understanding is of what a book asks you to do: change the way you think and act in a kitchen. Anyone can pick up a cookbook and follow a recipe, and if it’s well written and explained, you end up with a tasty dish,” explains Thibault.

When it came to Thibault cooking up his own book, it took more than two years to transform his ideas on food, history and Acadian cookery into Pantry and Palate, and get it on the shelves.

For holistic nutritional consultant Jessica Mitton, her cookbook stemmed from personal health issues and re-learning to cook for health. Some Good, which was published by Breakwater Books in 2018, is a compilation of Newfoundland recipes—healthified.

“Being from Newfoundland, I decided to base my first cookbook around traditional Newfoundland dishes made more healthily, along with new recipes inspired by native Newfoundland ingredients and tastes,” says Mitton. Partridgeberry jam and Jiggs Dinner get an update in Mitton’s work. Her upcoming work Some Good: Sweet Treats focuses on dessert.

Mitton says devotion to a food idea is the basis for cookbook success.

“It starts with a true passion. Creating a cookbook is not easy. It is a labour of love. Pour yourself into the project and it will stand out as being uniquely you in what is a very saturated marketplace.”

Bobbi and Geoff Pike got the inspiration for their big idea from their social media following. They are the authors of East Coast Keto. The husband-and-wife duo founded the Facebook group East Coast Keto in late 2017, as a means to support themselves and others in converting to a ketogenic lifestyle (based on the low carb, high fat Keto diet).

The East Coast Keto Facebook group now has more than 5,000 members. The Pikes channelled that energy into creating a cookbook filled with explanations of the Keto diet and more than 120 recipes.

If a good story is the mirepoix upon which to develop a good cookbook, it should be no surprise that Atlantic Canada is producing so many quality works. “The humble East Coaster is learning to take their place at Canada’s table, and I think that’s wonderful, and important,” says Thibault.

Gabby Peyton is a freelance journalist, writer and blogger based in St. John’s. She is the restaurant critic for The Telegram, and her bylines include CBC, Atlantic Business Magazine, USA Today and Eaten (the world’s first food history magazine).