Chad Norman’s Silent Page: Reflections on the Life & Afterlife of a Poet

Thirty years ago when Chad Norman’s first collection of poetry was published, Al Purdy had this to say about Chad Norman: “A young poet, on his way to excellence, and who has reached it.” 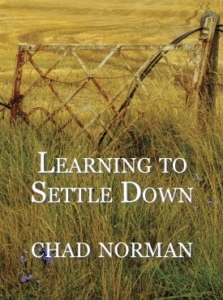 High praise for the latest kid on the block at the time—and Norman’s been garnering praise from high places ever since. For example, Fred Cogswell, in praise of The Breath Of One (1997), wrote: “Norman’s poems are sometimes dangerous excursions, but always he & his readers emerge from their experiences with wisdom.” And Warren Dean Fulton, in praise of Learning to Settle Down (2015) said, “… Norman’s poems are eloquently composed personal moments of significance that celebrate the little things.” 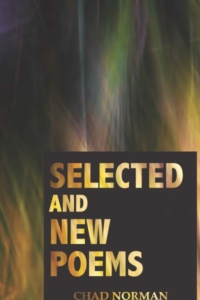 2016), presents a smattering of poems from his previous books, as well as new poems.

Sandra Phinney had the pleasure of interviewing the poet for Atlantic Books Today.

Atlantic Books Today: On the back of your book you mention that it’s important for you to be able to capture life and say you were here. How so?

Chad Norman: When I was younger I went on a search for ancestors in different graveyards across Canada. So many of them, and others, had only dates on their gravestones, leaving me curious about what their lives were made up of, or what they thought about being alive. Also, when I was young I went to potlucks and gatherings where the women were so vocal, sharing stories made up of emotions and passions, but the men—always in other rooms or outside—I found quieter [and] what conversations they shared was limited and far less interesting. It was then I realized stories were important and eventually the genre of poetry became my choice, my way of sharing emotions and passions. Now that I am 58 this need has become even deeper and fortunately keeps me able to confront what I call “the silent page.”

ABT: Having 18 books of poetry published over the past 30 years is a massive feat. What were the main challenges?

Norman: This is a tough one … but I need to answer and honour my current self by doing so. Over the years, in order to write my books I have had to “juggle selves,” as I call it, which means I have had to tolerate the great takeover of Canadian Poetry by Academia. I am not part of it. I just had to put up with it.

The presses were caught up in the careerism of individuals supported by their “prof” positions and by editors or owners of presses who catered to the beliefs their corrals [were not to] be held back by some work-a-day, punch-the-clock type.

The other great challenge has been chasing the filthy lucre in order to support children and households, which I wanted for myself and felt I deserved.

ABT: Paint me a picture of a typical month; a sense of what’s involved in your work life. 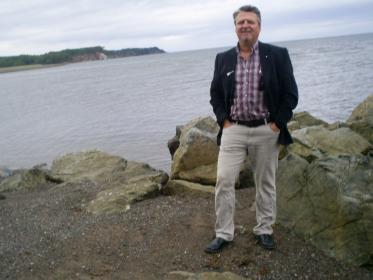 Norman: You mention the word “work,” well I prefer the word “make.” I come from that history; the “makar,” or maker. I make poems, just like others who make what they make. It’s easier for me to cope in the present world this way, because the maker is also responsible for everything else. Everything that has happened for me is because I made it happen. But, I am no fool, and will admit I know the moves I have made have been because I know am floating in the gravy, and remain on the surface, due to wanting the poet in me to see and experience a celebration where I can honour the life I have been given since I was 13.

My work life is a dual endeavour, made up of chasing paycheques the plant will provide and those my poems can bring about. I keep at the tinkering, being there for the current poem which wishes to fill the silent page. I also keep at publishing my poems in literary publications, which still brings me great satisfaction.

ABT: In 2009, your collection There Is Music In The Word Impeachment, included the title poem written in 2005. In the closing paragraph you encouraged American citizens to repeat, “… I am an American citizen, but the leader I am supposed to support is a clown …” This and other poems in that collection seem almost prophetic. Are you now writing poems about the current state of the US and its leadership?

Norman: No, I am not. I have no interest in giving my writing time to another clown. Social media is busy occupying minds for the moment. I have one poem, which I wrote when I was home from my tour to Denmark and Sweden last October, called “Romerica, The Stowaway,” but  other than that, after the calamity and betrayal of Harper, I feel that the poems in There Is Music… pretty well say it all. When an empire goes on crumbling, its leaders do so too, especially when it comes to their intelligence and vision.

ABT: You’ve dedicated your latest book to your mother, Carole Faye, the one person over the years who asked about your writing, “… and by asking, was willing to tell me the writing of poems actually mattered; at times I wondered if it did.” Here’s a double-barrel question: Beside your mother’s interest and support, what else keeps you going when self-confidence takes a nose dive or doubt sneaks in? And why does writing poems matter anyway? 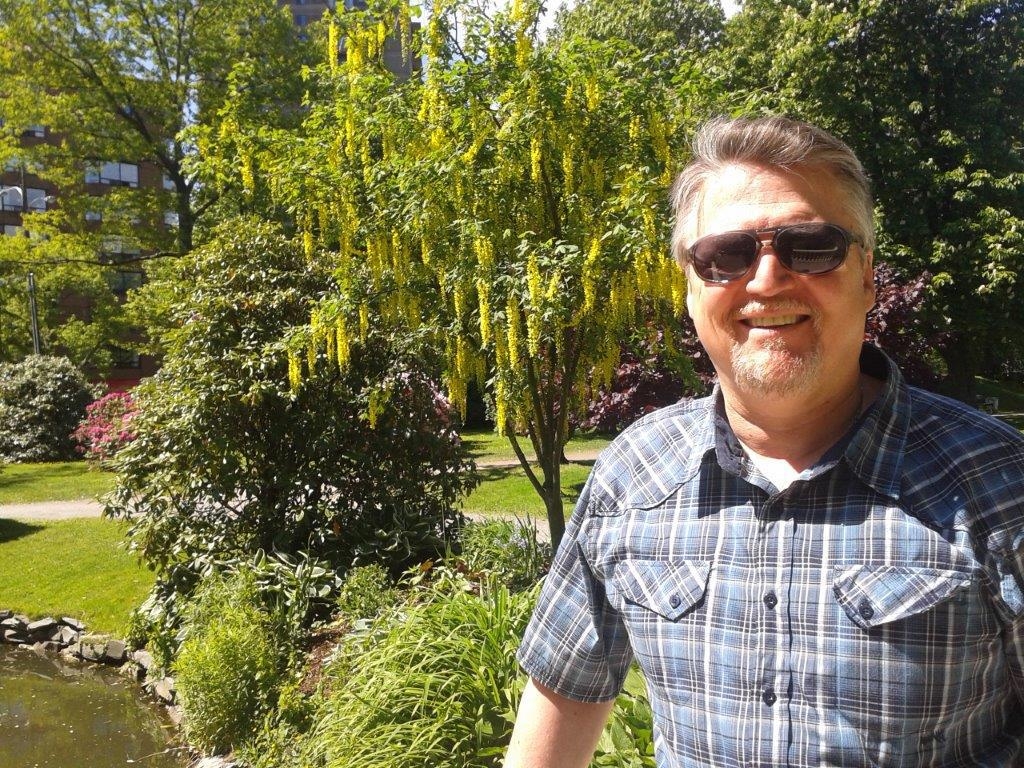 Norman: It seems now that I am older, even though many good things have happened for my poems, periods of doubt do wander in, but I now know they will wander right through and once again the fire will reignite. It is all about honouring what has come before. After all, what is a foundation? I built mine all those years ago. Do I allow a brief dip in my belief to cause the cracks? No I don’t.

It is pointless to wonder “Who cares?” Someone always does. That someone is all I need. And that someone lives in me. It is simpler now to know being alone is absolutely the gift. To find in one’s self each time, to go back to the silent page, or pick up on a poem left unfinished, opposes the voices, the questioning useless voices. I cause it all. By being, as Blake insists, “the reliable vessel” … someone the poems can count on. Doubt is no fuel. I have aged to know I will rise by facing the mystery and believing in it; if I listen closely, the words are waiting. As for writing poems and the act mattering, that’s like asking a doctor why bother believing that cures will eventually be in the hands of everyone.

ABT: Clearly selling books is a good thing. Tell us about the marketing end of your work.

Norman: I believe if the government or some provincial source has had anything to do with bringing out your book you owe them. So, over the years, I have adopted and gotten very good at being a spokesperson for my poems. At times I see it borders on prostitution … meaning I go in, perform, please and get out with the payment. It can be like that … anytime money is involved. My poems abhor the filthy lucre. However I wrote them, so any cash that can come my way, I welcome. You have to be able to sell your books. Otherwise, not to bother is to take away from those who can. Plain and simple.

ABT: What now? Anything in the works?

Norman: There is always something in the works. I am getting to deliver my first children’s book, Waking Up On the Wrong Side Of The Sky, a poem with an anti-bullying theme, accompanied by illustrations by Truro artist Bruce Wood. I’m also working on poems about my travels to Denmark and Sweden, titled Counting Coins In Denmark & Sweden. And I hope to finish my second children’s book, Bee & Boy, which tackles the situations about the loss of bees and the loss of believing writing cursive matters.

ABT: So far we’ve talked about poetry and the writing life. What do you do in your spare time?

Norman: In my spare time I tend and worship my garden and interact with the crow families who will continue to have me. Reading is a big part of my life as well. But best of all is the ongoing gifts my love for Lainee bring.