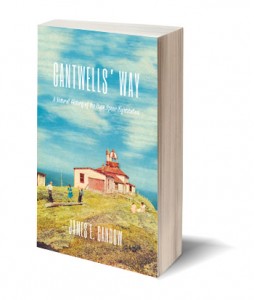 When history meets exposition, the product can be illuminating, even enlightening. When it meets storytelling, it’s magic. Cantwells’ Way easily conjures the latter in the deft hands of author James Candow.

In this taut, tremendously well-told story, we learn about the certainties, foibles, and achievements of one of the great light-keeping families of Canada, who, for generations, faithfully occupied the beacon at Cape Spear, Newfoundland. This was no mean feat, as the author makes plain:

Jutting out from the Avalon Peninsula, the Cape is a curled finger that seems to beckon Europeans to North America’s shores. Its latitude, which places it south of the British Isles, is no clue to its climate, which is dominated by the frigid Labrador Current.

Hence, the incessant fog that preyed upon sea-faring fishers and transatlantic transports bringing new immigrants to the New World for generations was an omnipresent fact of life on this rough and rocky shore.

But what makes this book special is the attention it pays to the technology of lightstation design (rare in this tiny sub-genre of historiography) combined with the remarkable attention to the details of quotidian existence enjoyed (and, perhaps, endured) by those who embraced the lives they led.

After his brother James’s death in 1894, Dennis Cantwell became fog alarm engineer and keeper, he had trouble performing both jobs, and although he must have gotten help from his sons, the government began receiving complaints about irregular use of the fog alarm. This may explain why, in 1902, the government put assistant keepers back on the payroll and made Dennis the principal keeper and chief engineer.

In the end, Cantwells’ Way is a magisterial tale, well told, about the uneasy relationship between modernity and tradition. In this age of vanishing youth and perishing economic expectations, it belongs on the bookshelves of every sentient Atlantic Canadian.

Alec Bruce is an award-winning journalist who lives in Moncton, New Brunswick