The winners of the 2015 Atlantic Book Awards were announced Thursday night in a ceremony held at the Alderney Landing Theatre in Dartmouth, NS. CBC Radio’s Stephanie Domet hosted the sold-out event, with books representing the wide range of literary works being produced in Atlantic Canada—from illustrated cookbooks to evocative novels.

The second Atlantic Book Awards Pioneer Award was given to Dartmouth, NS resident Paul Robinson for his longstanding contribution to writing and publishing in the region, and throughout Canada. Paul Robinson has been a driving force in the celebration of writing and writers, with a 35 year involvement in publishing in Atlantic Canada. His passionate championship of Nova Scotian and Atlantic writers led to the creation of the Dartmouth Book Awards in 1988 as the first municipal literary award east of Montreal and a precursor to the Atlantic Book Awards. Paul was the founding chair of the Dartmouth Book Awards and the Dartmouth Student Writing Awards and served as chair for 25 years. The Pioneer Award is given as a lifetime achievement award recognizing an individual’s exceptional contribution to the literary arts in Atlantic Canada.

The eight award-winning books, publishers and authors/illustrators are: 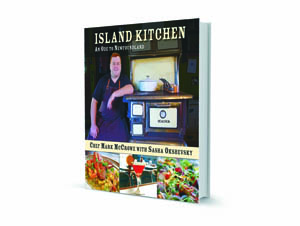 4.  The Robbie Robertson Dartmouth Book Award (Non-Fiction), Presented by the Kiwanis Club of Dartmouth
Fire in the Belly:  How Purdy Crawford rescued Canada, and changed the way we do business by Gordon Pitts, published by Nimbus Publishing 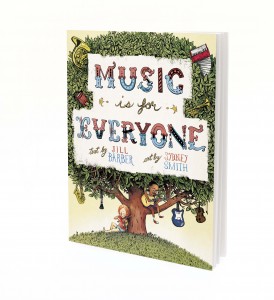 7.  Lillian Shepherd Award for Excellence in Illustration
Sydney Smith for Music is for Everyone, written by Jill Barber, published by Nimbus Publishing

Ann Connor Brimer Award for Children’s Literature
The impetus for this $2,000 award came from the late Ann Connor Brimer who was a strong advocate of Canadian children’s literature and saw the need to recognize and encourage children’s writers in Atlantic Canada.

The Robbie Robertson Dartmouth Book Award (Non-Fiction), Presented by the Kiwanis Club of Dartmouth
The Dartmouth Book Awards were established in 1989 by then mayor of Dartmouth, Dr. John Savage. The annual awards for fiction and non-fiction, valued at $2,500 each, honour the best books published the previous year in celebration of Nova Scotia and its people.

Lillian Shepherd Award for Excellence in Illustration
Lillian Shepherd was a long-time buyer for the now-closed independent bookstore, The Book Room in Halifax. This award was established by her many friends to applaud the book that combines Lillian’s love for illustrated children’s books and her affinity for locally produced work.  The award that bears her name is sponsored by the Atlantic Independent Booksellers’ Association and the Atlantic Provinces Publishers’ Representatives.

Margaret and John Savage First Book Award
The Margaret and John Savage First Book Award, presented for the first time in 2003 with a value of $1,500, recognizes the best first book of fiction or non-fiction published in the previous year by an Atlantic writer. The Award, now valued at $2,500, is sponsored by Collins Barrow LLP, Weed Man Maritimes, Heritage House Law Office, I Love Renovations and the family of John and Margaret Savage.