A Straightforward Memoir of Hard Work and Good Life in Newfoundland 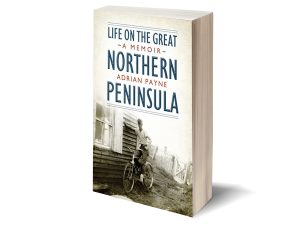 Adrian Payne’s “Life on the Great Northern Peninsula” is a combination of memory–its 24 chapters include “Growing Up Near My Grandparents”; “Starting a New Life and Family”–and more personal observations–“Procrastination is one of the dirtiest words in the English language. I just don’t like it…Don’t get trapped into putting off until tomorrow what you can do today. People will pick up on that very quickly.” Befitting such good advice, the book is dedicated to his grandchildren. “Life” is illustrated with occasional personal and archival black-and-white photographs

Memoirs are associated with the genre autobiography but are composed more of stories from a life as opposed to the story of a life. They are very popular these days–among many other best-selling examples are Cheryl Strayed’s Wild and Jeannette Walls’ The Glass Castle. You don’t need to be famous to have a good life story, though you do need some deftness in portraying it.

Payne’s voice and text is straightforward and detailed. He begins in the 1940s and basically proceeds from there (although he does include some material from his family’s past) and ranges from Cow Head to Hawke’s Bay and other sites along the Long Range Mountains. He also migrates to the mainland for work but finds “no comfort…in Toronto, and no streets of gold.”

He wants to be home, where he can go hunting, logging and lobster fishing, solo. Labour doesn’t daunt him. From his early boyhood, Payne was always at something and picking up new skills. “Much of the appeal of rural Newfoundland lay in the freedom of being your own boss…You never got bored.”