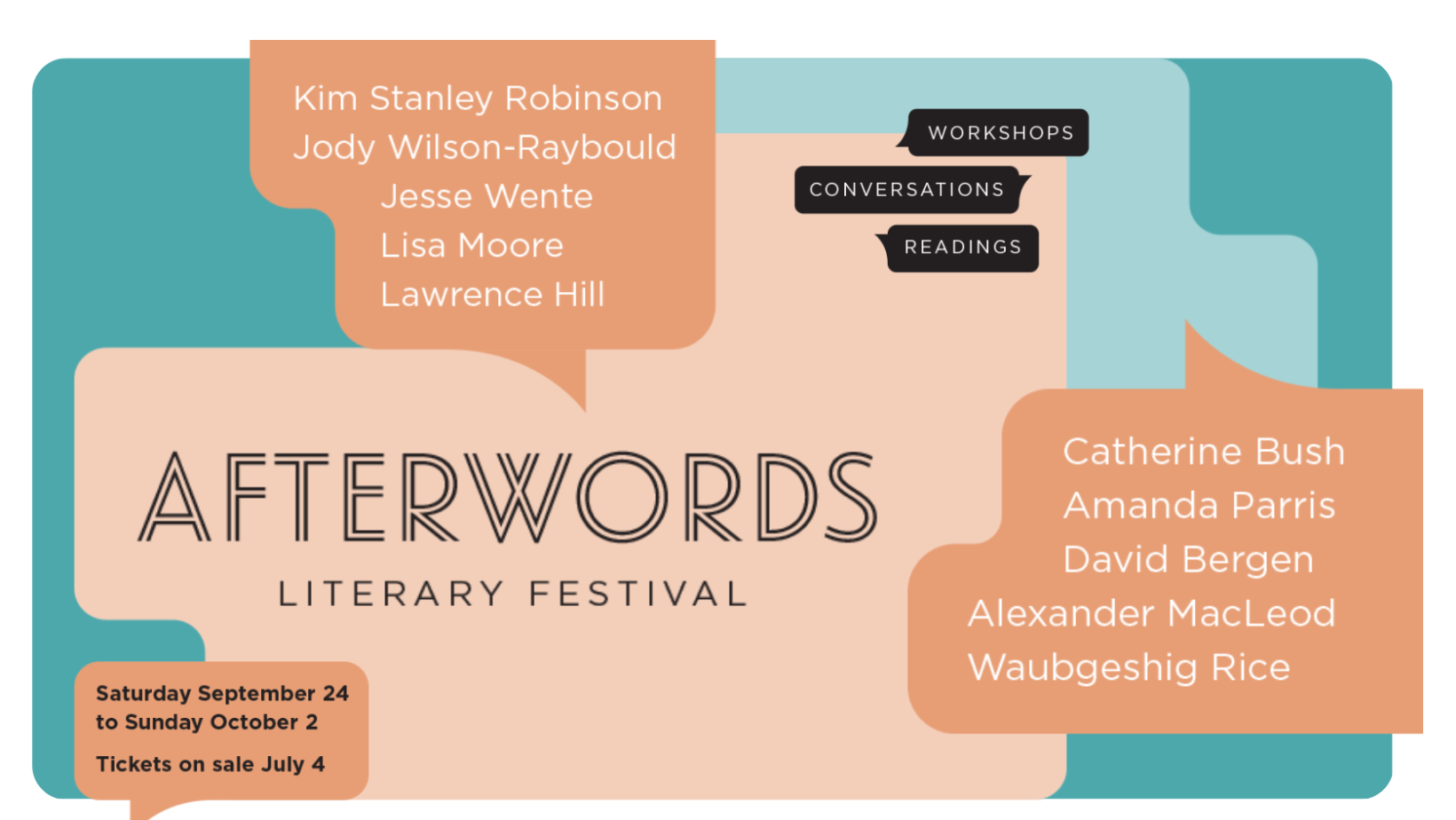 Opening Night at AfterWords features David Bergen and Alex Pugsley reading from and talking about their recent books, followed by Jesse Wente in conversation with journalist and teacher Trina Roache.

Jesse Wente’s book Unreconciled: Family, Truth, and Indigenous Resistance is a moving, generous, beautifully written call to action that asks readers to prioritize truth over reconciliation, as a path to deeper understanding, and maybe a way to heal. Wente looks at indigenous representation and identity through a pop culture lens, and explores and exposes the “two-founding nations” myth Canada is built on. And yet, he never veers from writing with humour and with heart. Unreconciled is a galvanizing memoir and a heartfelt manifesto.

Jesse will be interviewed by journalist and teacher Trina Roache. Their conversation will be followed by an audience Q&A. Books will be available for sale.

Jesse is a husband and father, as well as a writer, broadcaster, speaker and arts administrator. Born and raised in Toronto, his family comes from Chicago and Genaabaajing Anishinaabek and he is a member of the Serpent River First Nation. Jesse is best known for more than two decades spent as a columnist for CBC Radio’s Metro Morning. In 2018, Jesse was named the founding director of the Indigenous Screen Office and in summer 2020 he was appointed Chair of the Canada Council for the Arts. Jesse received the Arbor Award from the University of Toronto in 2021 for his volunteer contributions and was recently appointed a Senior Fellow of Massey College. His first book “Unreconciled: Family, Truth and Indigenous Resistance” is a national bestseller and was picked as one of best books of 2021 by Chapters-Indigo, Apple Books and The Globe and Mail. Jesse has also recently been nominated for the Kobo Emerging Writers Prize in Non-Fiction

This ticket includes both events. Doors at 6:30, David Bergen and Alex Pugsley at 7pm, Jesse Wente and Trina Roache at 8:30pm. This event is presented by University of Kings College