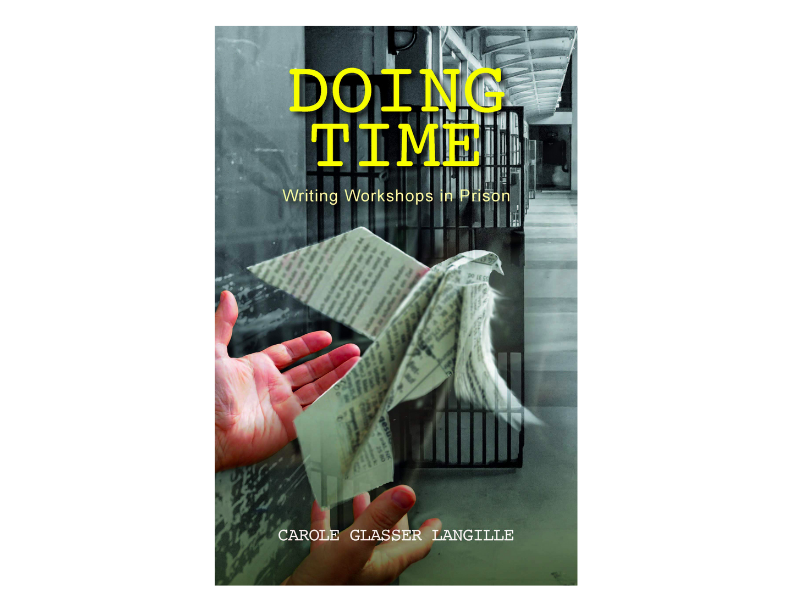 Doing Time explores the role of poetry and therapy in the most unlikely of places. After moving to a rural community near Hubbards, 45 minutes from the Central Nova Scotia Correctional Facility, Governor General’s Award nominated poet Carole Glasser Langille wrote to the John Howard Society, outlining a writing workshop she proposed to give. She explained the idea behind the workshop for prisoners, suggesting that “writing clarifies thoughts, and when thinking is clearer, actions become more comprehensible.”

Inspired by Wallace Stevens, who said that the role of a poet is “to help people live their lives,” Langille wanted to bring a new form of rehabilitation to individuals who may not otherwise choose poetry as a therapeutic tool. The head of programming at the prison was looking for something fresh, and so, within a couple of weeks, Langille was volunteering on a weekly basis, encouraged by her vision, and inspired by the new relationships she made with the incarcerated.

“Each week, when I walked down those windowless halls, the iron doors clanging behind me, I felt again and again that the pain and longing in that crowded building created a spiritual intensity that made this a holy place, a dwelling whose inhabitants must be appreciated and treated with care. I had the privilege of hearing many of their stories. I wanted to honour them for their trust.”

What is unique about this book is how it’s set up: we go along with Langille each week, and as the poems develop, we see their progress almost in real time. There’s honesty here that is refreshing. We are privy to the workshop, the voices, the sharing, the intensity and unexpected lines as they were first written down in the workshop, and spoken in the workshop.

Much like a public reading, where a new work is shared, we for the first time ever get to read the poem as it was first composed.

Doing Time does not reflect the typical idea many have of prisoners, thanks to gruesome headlines and the ever-sensational depiction of prison in documentaries and Hollywood. Consider what state of mind the inmates were in before learning to ply their mental trade on something they perhaps never considered before—poetry.

Sorting out line breaks and mixed metaphors isn’t going to rehabilitate every prisoner, workshops such as these can give those who accept it another mode of expression they would have otherwise never considered.