Mary Walsh’s Debut Novel a Voice for the Dirt Poor 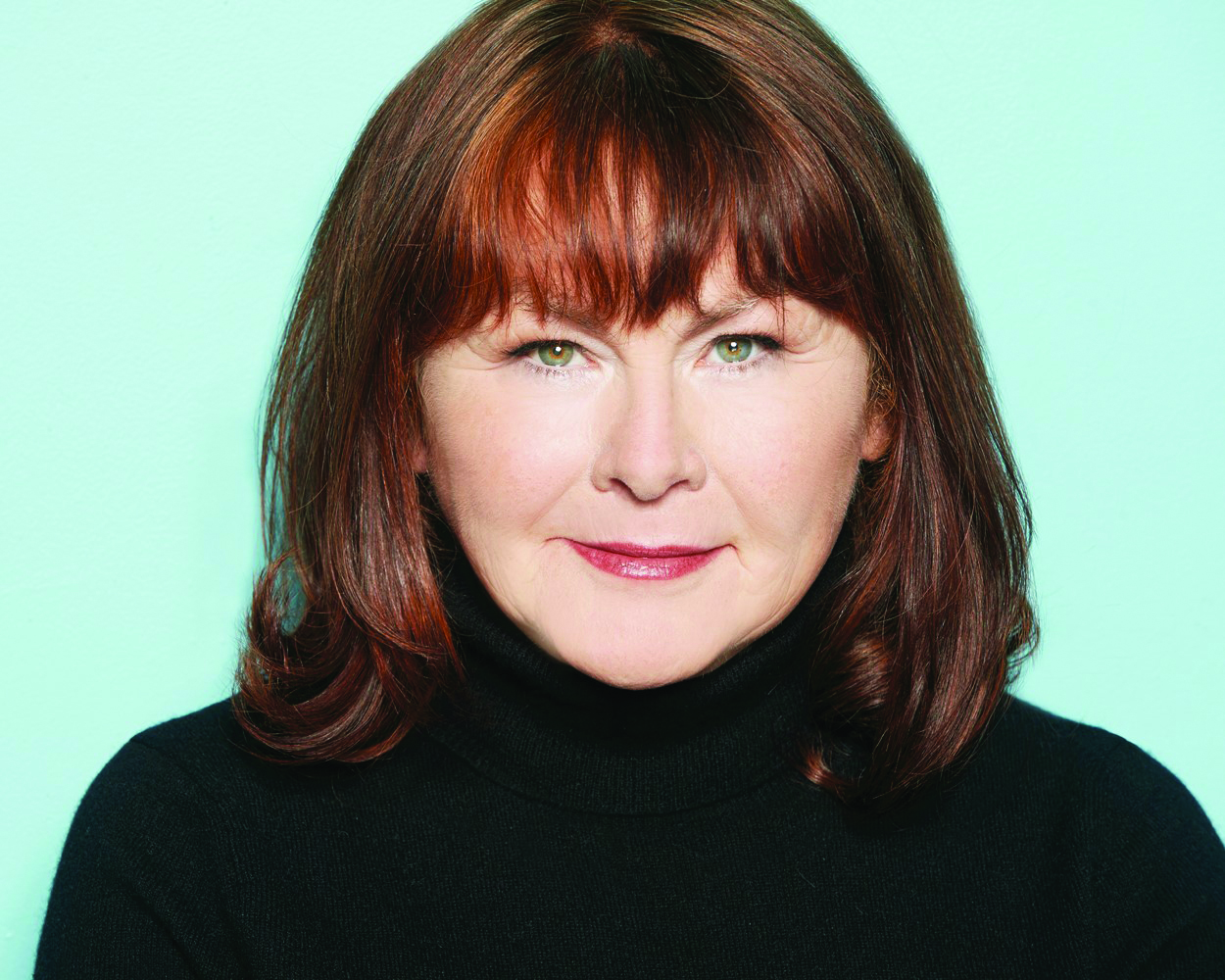 It’s tough to imagine Mary Walsh puttering around her house in sweatpants, scribbling notes and drinking coffee from half-empty cups. It’s far easier to envision the actor wielding a sword as Warrior Princess Marg Delahunty or sporting a moustache and leather jacket to play This Hour Has 22 Minutes’ “masculinity correspondent,” Dakey Dunn. Most Canadians know the St. John’s-born Walsh as a witty, fearless observer of national politics and culture, but it took a whole lot of pacing and scribbling to take on her favourite role to date: novelist.

“I love it,” says Walsh, whose first novel, Crying for the Moon, was released in April. “I can’t believe I’m saying this hoary old thing, but it’s what I’ve wanted to do all my life…When the book came out and I saw it, I just felt such a sense of satisfaction that I’ve never felt in my whole life.”

The novel follows 16-year-old Maureen, whose hardscrabble, “sell-your-mother-for-a bottle-of-beer” adolescence in St. John’s takes a dramatic turn after a choir trip to Expo 67 in Montreal. It’s a wry and heartbreaking story with a distinctive tone, which emerged naturally–Walsh spoke lines of text and dialogue aloud, then wrote each sentence out by hand.

She also enlisted her research assistant, Monique Tobin, and former theatre student Jamie Pitt to listen to the work-in-progress and offer feedback. “I could see whether Monique’s eyebrows knitted together in quite that way,” says Walsh, “and whether it was just an undigested piece of potato, perhaps, or really was that a terrible, terrible paragraph?”

Without their help, Walsh says she might have given up on the book. “I just thought it was the shits, and they went, ‘No, I can hear Maureen’s voice. Maureen’s voice is so strong and I think about her all the time.’”

Decades spent crafting scripts and comedy sketches have given Walsh a keen ear for authentic dialogue. That’s her comfort zone––and the writing style she loves to read. Slowly unravelling the plot, however, stretched her literary skills and required a helping hand from her editor, HarperCollins Canada vice-president and executive publisher Iris Tupholme.

“My first instinct, as you can probably tell from talking to me,” says Walsh, “is to say everything right off the bat, but it’s a murder mystery as well of a coming-of-age story. I remember that after the first draft, Iris said, ‘this is great, but we already know who did it and we still have four chapters left in the book.’”

Walsh began the novel in 2011, during a self-described dry spell in her TV and film career. She sent 200 pages to her agent, Perry Zimel, who set up a meeting with HarperCollins. When her schedule suddenly picked up, Walsh shelved the project until last February, when she “knuckled down” and finished the manuscript during a two-week residency at the Banff Centre for Arts and Creativity.

Now 65, Walsh says age didn’t inoculate her against the first-time novelist’s instinct to mine your own life for material. “Not that Maureen is me or that I ever got knocked up or even went to Expo, for that matter,” says Walsh, “but I grew up on Carter’s Hill and Maureen grew up on Princess Street, so I knew her.”

A voracious reader since she was a child, Walsh had always longed to see her own reality on the page. Canadian literature often champions redemptive stories, but “so many people who write fiction in our country are people who grew up middle class. They didn’t grow up dirt poor and feeling like they were worthless, right? There’s very little of that voice in the world and I always wanted to hear that voice, because I knew that voice.”

Finding the courage to get it on paper, however, took decades. Fear doesn’t seem like a natural companion for someone who has ambushed prickly mayors and prime ministers alike, campaigned for social change, landed a Governor General’s Lifetime Achievement Award and joined the Order of Canada, but “your outside has very little to do with what’s going on inside,” says Walsh. That natural pre-occupation with our own fears, insecurities, failings and obstacles infuses the book––and inspired the title. We cry out to the moon and it doesn’t care. “We cry out for things we want and don’t have,” says Walsh, “and fail to notice what we do have.”

Cheri Hanson is a writer and journalist based in Vancouver. She's the BC correspondent for Quill & Quire magazine and a freelancer for businesses, creative agencies and major publications.