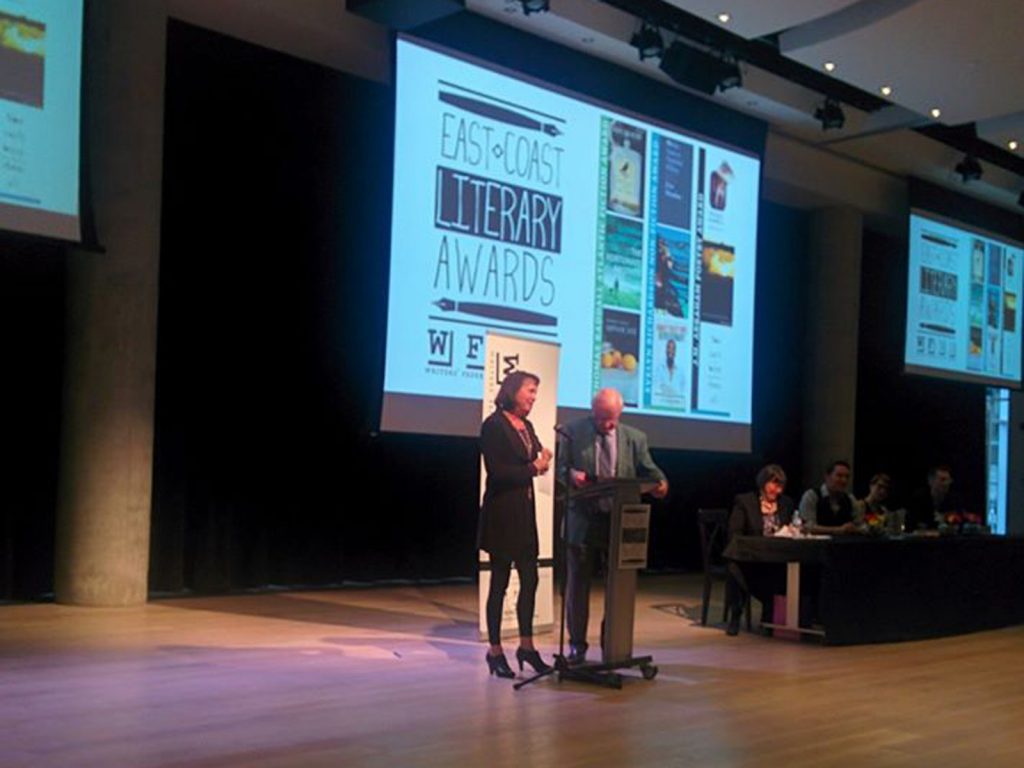 The Writers’ Federation of Nova Scotia (WFNS) announced the winners of the 2017 East Coast Literary Awards on Wednesday, May 31st at the Halifax Central Library’s Paul O’Regan Hall.

The winners of the three awards are:

Peer assessment juries, made up of representatives from Atlantic Canada’s professional writing community, reviewed a record total of 79 eligible books published in 2016 by writers who live and work in the region. The resulting shortlists, announced in April, are a sample of the quality and diversity of writing in non-fiction, poetry, and fiction by Atlantic Canadian writers.

About the East Coast Literary Awards

The ECLAs is a promotional and presentation program that strives to highlight the best Atlantic Canadian work in fiction, poetry, and non-fiction through three annual literary awards. Titles eligible for the ECLAs must be the work of writers who live full-time in Atlantic Canada, and thus engage in our region’s cultural life and creative economy. A peer assessment process conducted by professional writers selected from throughout the region determines shortlists and winners. The Writers’ Federation of Nova Scotia is the steward of the three Awards, all of which have been in existence for many years and were founded by several endowments, including significant support from the families of Thomas Head Raddall and JM Abraham.

About the Writers’ Federation of Nova Scotia

Established in 1976, the Writers’ Federation of Nova Scotia works to provide advice and assistance to writers at all stages of their careers; to encourage greater public recognition of writers and their achievements; and to enhance the literary arts in our regional and national culture.

Jonathan Meakin is the executive director of the Writers' Federation of Nova Scotia.