A Reminder… The Third Pottersfield Prize for Creative Nonfiction is Looking for Your Work! 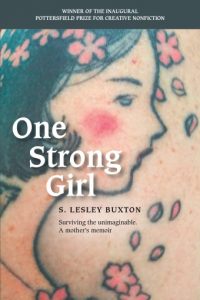 For the third year, Pottersfield Press is looking for submissions from writers who can provide a manuscript of 30,000 to 150,000 words in any of the following categories: history, memoir, autobiography, biography, literary journalism, political or social commentary, travel writing or virtually any existing or new category that uses the non-fiction medium to tell a story or put forward an idea.

In April of 2018, the winners of the first competition were announced:

Lesley Buxton of Penticton, BC for One Strong Girl: Surviving the Unimaginable – A Mother’s Memoir and Suzanne Stewart of Antigonish, NS for The Tides of Time: A Nova Scotia Book of Seasons. Both books are in production for publication this fall. Three other authors who submitted to the prize have also had their manuscripts accepted for publication.

In 2019, Jennifer M. Smith of Burlington, Ontario was the winner for Green Ghost, Blue Ocean and Odette Barr of Petit-Cap, New Brunswick came in second for Teaching at the Top of the World. Their books are in production for release in 2020.

The deadline is March 31, 2020 but early submissions are encouraged.

Submit your manuscript electronically as a double spaced basic Word document to pottersfieldcreative@gmail.com and include on the title page your name, address and email address.

Entry fee is $25 (includes HST) and can be paid by Interac Transfer (also to pottersfieldcreative@gmail.com) or by cheque made out to Pottersfield Press mailed to 248 Leslie Rd. East Lawrencetown, NS  B2Z 1T4 Canada  after the manuscript has been submitted by email.

Pottersfield Press has published more than 200 books by some of Canada’s finest writers including such distinguished nonfiction authors as Thomas Raddall, Joan Baxter, Jon Tattrie, Steven Laffoley, Lindsay Ruck, Harry Thurston and many others. More information about Pottersfield Press books can be found at pottersfieldpress.com.