The Writer’s Federation of New Brunswick and The Fiddlehead have announced the 12 finalists for the second annual New Brunswick Book Awards. The awards encompass four genres: poetry (sponsored by The Fiddlehead), fiction, non-fiction and children’s writing. Three finalists have been shortlisted in each category.

The 2016 finalists range from seasoned veterans (M. Travis Lane) to relative newcomers (Kerry Lee Powell) in Canadian literature. The competition is open to any writer who has lived in New Brunswick for three out of the last five years.

Atlantic Books Today spoke to some of the finalists for their reactions:

“I was so happy to see the New Brunswick Book Awards established last year, as it’s a way to highlight some of the wonderful work being written in this province,” says Powell, who was shortlisted for her collection of short stories Willem de Kooning’s Paintbrush. “There are so many talented writers here! I’m deeply honoured that my book has been shortlisted and proud to be part of New Brunswick’s vibrant arts community.”

Robert Moore was shortlisted for his book of poetry Based on Actual Events. He says, “As someone who viewed the creation of this award as a significant step forward in New Brunswick’s support of the arts and who very much admires its first recipient for poetry, M. Travis Lane, I’m more than honoured that my book is included in this year’s nominees.”

Shadow of Doubt: The Trial of Dennis Oland by Bobbi-Jean MacKinnon was also shortlisted. “I’m honoured to be shortlisted from among the numerous meaningful works produced in 2016 by some of New Brunswick’s most talented writers, ” says MacKinnon. “(Shadow of Doubt) was an extremely challenging story to tell and as a first-time author, I’m thrilled it has been so well-received by the judges and readers.”

The awards will be presented on May 24 at the University of New Brunswick’s Memorial Hall in Fredericton. 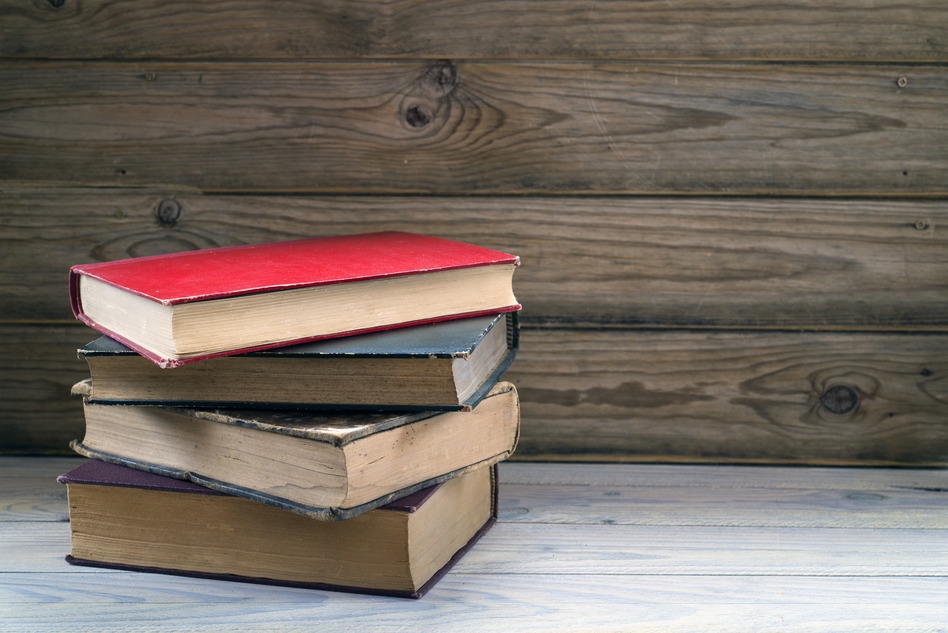 Zsuzsi Gartner tells a story. A group of neighbours adopt Chinese babies. Only girls. One per family. The parents – white Vancouver suburbanites – take up calligraphy and acupuncture. They Feng Shui their homes. They plant bamboo that turns invasive and spreads out of control. They dress their daughters in identical brown worker pants and conduct group exercises in the middle of the street. They bind the girls’ feet.

The premise is preposterous and the story is thoroughly engrossing, entirely witty. And it works because the drama begins and ends in 11 pages. This is the magic of the short story.

Short stories are an endangered species. Valiant publishers still print collections. And those collections punch above their weight when it comes to awards. But have a look at bestseller lists. Take a poll at your next party. What are people reading? It’s not short stories.

And that’s a shame. Because out here in the Wild West, the hinterland where short fiction has been relegated (take a left past poetry; you can’t miss it), inventive things are happening.

Second person narration. The collective chorus of the first person plural. Stories told entirely in sentence fragments. Unconventional devices are rare in long form for a reason. The absurd, the quirky, worlds that skew just off centre, these imaginative leaps are easier to land in the confined space of 20 pages. But stretch that leap over one hundred thousand words and you risk a reader’s patience.

Short stories are playful. And they are also more diverse. If you’ve ever wondered: where are the dark-skinned characters? The lesbian politicians, the transgender parents, the wheelchairs and hijabs? They are alive and thriving in the wilds of short fiction. Emerging writers are spicing their work with more colour. And literary magazines are championing diversity, making space for queer characters, for differently abled bodies, for kimchi and saris. Mad scientists!

But. Set all this aside. The fundamentals still apply. Character, plot, narration, description, all of it must collude to carry the reader away, into a story they don’t want to leave. In short fiction, all of this is achieved with economy. Characters are sketched in a few brush strokes. The car chase comes without preamble. This fiction is 100 per cent fat free.

A well written short story is a perfect macaroon. An espresso you enjoy standing at the bar. A 10-minute ab workout.

It’s a lay-over between two novels. A palate cleanser before a screenplay. The single toe you dip in the ocean of an unfamiliar genre.

Here is what the doctor ordered: one story a day. That’s it. Resist the urge to gorge. Read a story in the morning and allow it to stay with you, percolating, for the rest of the day.

Go safe with the Journey Prize Stories. Or branch out. Try an unknown writer. Or something experimental. Read a historical fiction. Magical
realism. An international author. Read local. Pick up a copy of Fiddlehead or Riddle Fence. Listen to a fiction podcast. What have you got to lose? Ten minutes.

Canada’s oldest independent publishing company celebrates its humble beginnings 60 years ago by going back to where it all began, with a chapbook

In 1954, Fred Cogswell, a faculty member at the University of New Brunswick and editor of the university’s literary magazine, The Fiddlehead, responded to the death of literary publications by founding Fiddlehead Poetry Books. The fledgling publisher’s initial work, a mimeographed and stapled chapbook titled The Stunted Strong containing 16 of his sonnets about the harsh realities of rural New Brunswick life, created a literary legacy that continues today as Goose Lane Editions.

Now Canada’s oldest independent publishing company, Fredericton-based Goose Lane celebrates its 60th anniversary, with publisher-president Susanne Alexander and creative designer-vice president Julie Scriver at the helm. That the company has survived in a business beset with takeovers is worthy of celebration, however, they’ve done much more, achieving critical and commercial success while staying true to Cogswell’s ideals.

FOR THE LOVE OF LITERATURE

During his 27 years at the helm, Cogswell published 307 volumes, many self-funded after the university withdrew its initial financial support and before the creation of Canada Council for the Arts grants. Undaunted, he always carried a briefcase full of books to distribute wherever he travelled. His unwavering belief in his mission established him as friend and mentor to an entire generation of Canadian poets, publishing works by Al Purdy, Alden Nowlan, Dorothy Livesay, Norman Levine, Joy Kogawa and Roo Borsen.

In 1981, he sold Fiddlehead Poetry Books for $1 to his UNB colleague Peter Thomas who expanded to include fiction, beginning with Nancy Bauer’s Flora, Write This Down, and non-fiction, particularly New Brunswick history under the Goose Lane Editions imprint, its whimsical name inspired by the company’s second location in Thomas’ Saunders Street garden shed, once farmland where a woman used to run her geese.

Scriver recalls working for Thomas in 1985 as “fascinating and gypsy-like, with boxes piled in the middle of the shed furnished with a high dresser and low chairs Peter brought from Wales. He was a one-man show, exuberant, enthusiastic and determined, but as his ambitions grew it was clear the company needed full-time commitment, more than he could offer.”

Then in 1988, having just put in place the New Brunswick Arts Board, Alexander took a leave from her provincial government position to help Thomas reorganize, staying on first as managing editor, then three years later becoming publisher. “At first I did everything – I processed orders, packed books, looked after publicity, author tours and grant applications, and even cleaned the sink,” she says. She also brought in new authors and expanded the non-fiction offerings to include art books.

PUBLISHING ON THE EDGE

Goose Lane has long since vacated the shed and now enjoys spacious accommodation on the third floor of 500 Beaverbrook Court, while the original staff of two has grown to eight, with dozens of editorial and design freelancers. It publishes 25 books annually, many garnering awards, including the 2003 Governor General’s Award for Fiction for Douglas Glover’s Elle.

Goose Lane has grown, says Alexander, but retains its Maritime values. “Every author who comes to us is important. They’re intimately involved in the editorial and design process, which is not true of larger companies. I think one of the things writers like about us is that we’re very much a writers’ press… at the same time we have an amazingly supportive readership.”

Still, publishing is like “living on the edge all the time. You don’t know if a book will resonate with the audience,” Alexander says. “Sometimes a book you consider to be absolutely the best won’t reach the audience you hoped it would, so it’s hard to predict.” Then there’s the challenge of e-publishing. “All the publishers are doing it and no one is recouping the cost, but we think it’s important. Growth is a challenge, because when you have a good year you have to continue having a good year. You can’t ever go backwards.”

The 2014 catalogue indicates an outstanding year, including such remarkable books as Alex Colville, designed to accompany an exhibition at the Art Gallery of Ontario and Angular Unconformity, the collected works of poet Don McKay, Griffin Prize and two time Governor General’s Award for Poetry winner. Editor Philip Lee’s The Next Big Thing, addresses the contemporary practice of journalism, which Alexander calls “a big ideas book.” Marking the momentous occasion of turning 60, is the collection six@sixty, six tiny, perfect stories spanning the company’s publishing history. The set is collected in a nifty sleeve and sold individually as eBook singles, a contemporary take on the humble chapbook that launched the adventure 60 years ago.

*The print edition of this story included Goose Lane Editions’ current location as 500 Brunswick Court instead of 500 Beaverbrook Court. The online version of the story has been amended.