K: You were a child when your great-aunt, Portia White, passed. How was it that you got to know her so well?

GEC:  I was child of the 60s, and my parents were all too aware their children had to grow up in an inclement, racialized environment as “coloured” or “negro,” relegated to a community that was economically repressed, socially disrespected and politically unimportant. 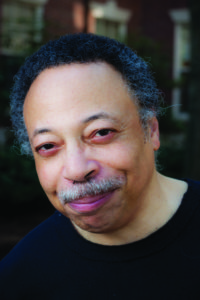 It was important to them, as our consciousness was developing, that we know we were connected to this great lady, to instill pride in ourselves and to help us understand that we could realize our potential and to never to take a back seat to anyone because—look at what Portia achieved. So those days, when we were looked upon as an expression of a negative stereotype, one of our arsenals for that was to say our great-aunt sang for the queen.

And that made storytelling essential. My grandmother, Nettie, (Portia’s sister) and my father made sure to repeat all the stories. It was almost ceremonial… the same photo album got dragged out, and the White family were retold family successes, and not just Portia’s.

K: So there is more to tell, in addition to Portia’s story. Can you share some history on the White family’s DNA?

GEC:  The “black” White family was extraordinary. My great-great grand-parents, Andrew and Isabella White, were from Virginia and former slaves. Andrew and Isabella had good relations with their ex-master, Mr. White, and eventually built a church on the property he gave to them, post-civil war, which still stands today. Their son and my great-grandfather, William, dreamt of becoming a millionaire. But he heard the calling and decided to study for the ministry. He attended bible college in Richmond, Virginia, and moved to Nova Scotia, becoming the third black to graduate from Acadia University in 1898, the first black officer in the British Army in 1916 and the head of the African United Baptist Association. And then there is Portia, of course, and my Uncle Lorne, a regular on Singalong Jubilee alongside Anne Murray, and my dad’s brother, Bruce, first black police officer in Vancouver… the list goes on.

K: On to the book, which is gorgeous, the verse lilting, sumptuous, evocative and alive. And the words you wrote, they are her words. How did you get to her voice?

GEC: Portia was one of the first icons I looked up to as a writer. As a teenager, when I was starting off as a poet, I always had her in the back of my mind and would write a poem for her, here or there. In my first book, I had her in a Haiku, and, as I became more invested in poetry and then fiction, I made room for the image or name, Portia White, in my work. She was always with me.

I was approached to do a biography of Portia—a kid’s book that would have illustrations. But a funny thing happened on the way to that book… I could not find my way to it as a children’s book, and the way the book came to me—it had to be in Portia’s voice. I had to let her voice in, through my understanding of her, and let her speak for herself.