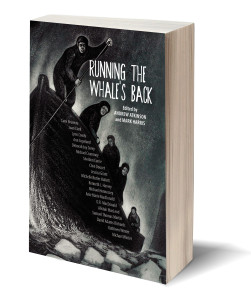 Admittedly, some readers might question the need for an Atlantic Canadian anthology of â€œfish stories,â€ but editors Andrew Atkinson and Mark Harris use the well-trod theme as a loose starting point to examine spirituality and faith (and doubt) in the regionâ€™s literature.

On a basic level, the book serves as a â€œwhoâ€™s whoâ€ of Atlantic short fiction, with stories by established authors such as Alistair MacLeod, Lynn Coady, Ann-Marie MacDonald and Michael Crummey. The works span a 25-year periodâ€”as far back as David Adams Richardsâ€™ masterful 1978 story, â€œWe, Who Have Never Sufferedâ€â€”which serves to highlight this perpetual return to contemporary issues of faith: whether that faith be religious, economic, sexual or familial.

That said, the collectionâ€™s gritty realism can overwhelm, with only Jessica Grantâ€™s â€œMy Husbandâ€™s Jumpâ€ offering a momentary respite. These are stories that should be contemplated slowly and treated as individual meditations. 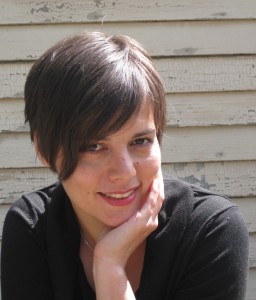 She said… The Antagonist by Lynn Coady

Though she now resides in Edmonton, Alberta, Coady’s Maritime roots can be traced back through her bestselling titles Strange Heaven, Play the Monster Blind, Saints of Big Harbour and Mean Boy.

Her humble beginnings are again at play in her latest effort, The Antagonist ($32.95, 352 pp. House of Anansi), scheduled for release this September.

On the origins of The Antagonist: I had unfinished business with a character from Mean Boy named Charles Slaughter who was a lot like Rank (the protagonist in The Antagonist). Much of the inspiration for the setting and plot of Mean Boy came from the life of the poet John Thompson, but I didn’t want people to think that I was writing about a real person. At the same time I couldn’t exactly deny a connection. I became obsessed with the weirdness of fiction and the danger involved in the way it intersects with reality. In thinking about the impossibility of explaining myself, my writing process, to the people who knew and loved Thompson, I came to the conclusion that the only way to adequately convey the process to them would be to have them undertake the process themselves. And that’s how the book developed. 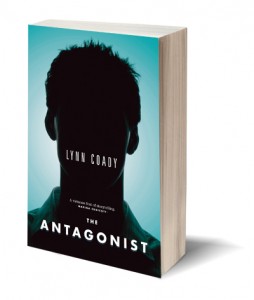 On the challenges and rewards of writing The Antagonist: The first person, direct-address style of the novel ended up working really well for me—it allowed me to immerse myself in the character to a degree I’ve never experienced before. Plus, Rank’s anger, the thing that prompts him to start writing, worked as a kind of narrative adrenalin—it just kept things moving, even when Rank had no idea where the story was going. He’d just say, “Oh to hell with it, let me start over,” and start over again. Because Rank is learning how to write his story as he goes along, the writing process felt really free in some ways; it could be sloppy, colloquial, rude, disjointed, and even occasionally incoherent—in fact it had to be in order to be true to what the character is experiencing.

On creativity: I believe the creative process is amoral—every writer has to decide upon his or her own boundaries. Everyone has a right to his or her own experience and imaginative world, needless to say. However conflict will always reside in determining what constitutes “my” experience and what experience “belongs” to someone else. I think an author’s only obligation is, at the very least, to care about these questions enough to give them serious thought. But any writer will tell you the only moral authority that matters is that of the story—the imperative to get the story right and tell it as best you can.

On her Atlantic Canadian roots: I don’t really know how I rep the Atlantic Provinces in my writing. But I think a lot of my characters exemplify the same kind of ambivalence I’ve dealt with over the years. Sometimes you just want it to be a place that you’re from and have it not be such a big deal. At other times, you feel like the “mainlanders” are never going to understand and you just want to spend the afternoon with your relatives drinking tea and talking in your accent without someone making fun of you for it. 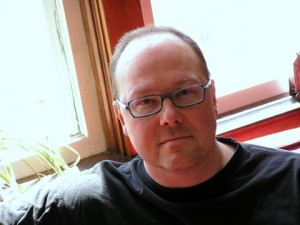 St. John’s author, screenwriter and playwright Edward Riche has contributed his fair share to that catch with a variety of film, television and theatre credits, as well as two critically acclaimed novels Rare Birds and The Nine Planets.

On the origins of Easy To Like: It began with my concern over the trending I have seen in recent years with the “dumbing-down” of the CBC and the overall simplification of popular culture. I wouldn’t call it gentrification, but in a sense we are “softening the edges” of our lives in our efforts to define and refine public taste as a whole. What concerns me there is that the diversity of our everyday experiences is being paved over with the undemanding. So, by way of example, saying a wine is “easy to like” is a putdown among wine cognoscenti, it says that something is simple, uncomplicated and so gives smaller rewards than something more complex. I extend this notion, in a satirical manner, to all things in the book; film, TV, literature, human relationships, institution bureaucracy—the works. My wife has observed that the title sounds like the name of a racehorse, which is true and desirable. 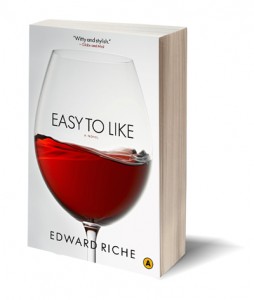 On the challenges and rewards of writing Easy To Like: It was a challenge, at first, to keep the weirdo philosophical musing about “taste” from being a clumsy polemic. But somewhere along the way I found it easier to make it funny. The real task was in trying to take what made perfect sense in my mind and convey it on to the written page in such a way that readers would be able to follow the logic. It’s odd, being immersed in this little world in my head for so long, fumbling through ideas, all the while without anyone able to see what transpires during the writing process. My greatest fear was that it would all come out as mumbo-jumbo; a big, sloppy mess that no one would be able to digest as a comprehensive, comic narrative.

On creativity: My process is now, after years, very straightforward. I walk the dog for about an hour every morning where I essentially think out the day’s writing. Sometimes that takes me to the evening, other days it’s just a couple of hours writing. I have to be working on two projects at once, in different fields, say a film script or a magazine article, to be able to not feel trapped when I run out of gas on the novel.

On his Atlantic Canadian roots: Newfoundlanders are storytellers. They relate their day to you not as series of facts and incidents but as a narrative with connected nodes. Why this should be, and whether or not it has to do with the roots of the culture or their isolation, I have not been able to figure out just yet. That being said, it has been exciting and inspiring to see so many great books coming out of the province, and the entire Atlantic Canadian region. Maybe there is something in the water here that brings out the best in us. 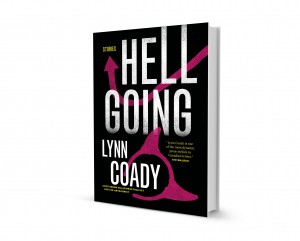 Lynn Coady has a knack for insecurity. It’s part of all our psyches, but it is hard to get right in fiction. Often writers either lay it on too thick, or present unbelievably self-assured protagonists—brave people doing brave things bravely.

Coady bull’s-eyes it, whether portraying a drunk obsessed with not being “that kind of drunk,” a paranoid woman in a virtual police state, a cult-surviving memoirist, feminists sensitive to flippant fatherly comments, sadomasochistic divorcees in love, or the father of a teenaged girl. We feel the characters’ angst, their uncertainty, and the way their fear of being perceived negatively pushes them, often in the wrong direction: Hellbound.

These stories feel like intense, ethereal dreams of betrayal, where the dastardly act is palpable even if unseen, unknown and undefined. Like dreams, they are rarely resolved, leaving the reader pondering, having felt something powerful, but uncertain what the hell just happened.