Making a difference in the lives of teens

Though it’s tempting for adults to look back on adolescence through rose-coloured glasses, most people will admit it was a time fraught with self-doubt and unique pressures.

At Atlantic Canada’s Fierce Ink Press, they’ve made it their mission to share some stories about bumpy journeys through the teen years in fiction and short non-fiction pieces by Canadian authors who write for young adults.

Susin Nielsen is an award-winning author of the YA novels Word Nerd, Dear George Clooney: Please Marry My Mom, The Reluctant Journal of Harry K. Larsen, and the soon-to-be-released We Are All Made of Molecules. Nielsen became involved with Fierce Ink’s latest book of creative non-fiction, penning the foreword for Becoming Fierce: Teen Stories IRL and choosing the charity that will benefit from its sales (Kids Help Phone).

Read more about how and why Nielsen became involved in the project, and why she thinks sharing these kinds of stories can make a difference in the lives of teens.

How did you become involved with writing the foreword for Becoming Fierce: Teen Stories IRL? 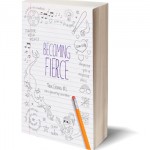 Colleen McKie [co-founder of Fierce Ink Press] used to have a beautiful book blog called Lavender Lines. She was one of my first reviewers, and was always very supportive and enthusiastic about my novels. So when she told me about Becoming Fierce and asked if I’d write the foreword, I was honoured to do so.

I think the Kids Help Phone does great work. Often kids don’t know where to turn, or who to talk to, even if they’re surrounded by people who love them. It’s so wonderful to know there’s a place they can turn, a caring, anonymous voice on the phone, to help them, hopefully, start toward the road of sharing and healing.

The stories in Becoming Fierce are billed as creative non-fiction, and are drawn from experiences in the authors’ lives. How much of your writing comes from things that have happened in your own life?

My writing really is fiction. However, I do draw on emotional memories, and periodically little tiny things I’ve witnessed, or experienced, make their way into my books, sometimes without me even realizing it. Maybe a characteristic, or a moment. Ambrose’s mom in Word Nerd swears a blue streak at drivers who go through cross walks when a pedestrian is waiting – that, I confess, is 100 percent me!

Sometimes as adults, we feel the need to try and protect young people from the pain in life. Do you think it’s important that these authors have written about their own experiences, warts and all?

Oh, it’s hugely important. Because we CAN’T protect kids from the pain of life, much as I understand the instinct to want to try. I think the more open we are about tough subjects, the better. It makes kids feel they aren’t alone, and perhaps will embolden them to speak up, if they’re being bullied, or abused, or self-harming, or just generally feeling lost or alone or ugly or depressed. I mean, look what’s happening right now with the Jian Ghomeshi scandal. The floodgates have opened, with women sharing their own stories of assault or harassment. This has to be good for all of us in the long run.

Were you a big reader as a child and teen? What were some of your favourite books?

Oh, yes. I loved the Narnia series, and anything Judy Blume wrote. She made me feel less alone, and I’m sure her writing influenced mine. I adored Harriet the Spy, and I also remember Paul Zindel’s books, especially a book called My Darling, My Hamburger, in which, I seem to recall, a young girl chose to have an abortion. I don’t think that book could get published today.

Do you think there are as many young people reading for pleasure today?

Oh, gosh. That’s a tough one. Of course in my line of work, I meet a lot of kids who love reading, many of whom read voraciously. But there is so much information being thrust at them. They may still be doing a lot of reading, but my guess is it isn’t exclusively books.

If you could go back to being 17 again, would you? Would you change anything this time around?

Good god, no. No, unequivocally, no. And if you forced me to, if it was like Freaky Friday all of a sudden, I would like to think I’d be a nicer person. I could be a real jerk once in a while when I was that age. I’d also love to think I wouldn’t care so much about what others thought of me – but then I wouldn’t be a teenager, would I? Dan Savage really hit the nail on the head with his campaign, because it really does get better! 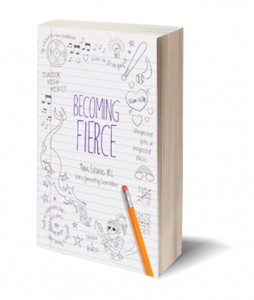