Sometimes preparation pays off in serendipitous ways. When Angela Mombourquette interviewed for an editorial position at Nimbus Publishing last December, the Halifax-based writer, journalist (and former editor of this magazine) decided she would be wise to bring in a few book ideas. Some quick sleuthing revealed that no one had written in depth about the CBC news comedy show, This Hour Has 22 Minutes, which was quickly approaching a quarter-century on air.

Spoiler alert: Mombourquette didn’t get the job, but she did land a book deal with Nimbus. Six months later, she turned in a first draft of 25 years of 22 Minutes: An Unofficial Oral History of This Hour Has 22 Minutes, which is set for release in mid-November.

The book includes unvarnished accounts of cast rivalries, off-air pranks, fast food with prime ministers and satirical moments that influenced the real Canadian news cycle. “I was kind of surprised by how candid some of the people were when they spoke to me,” says Mombourquette. “They didn’t get into the real dirt, but they were surprisingly honest.”

Earlier in her career, Mombourquette had worked in TV production at CBC Halifax, with a stint as floor director and script assistant on 22 Minutes. Former producer Gerald Lunz remembered her 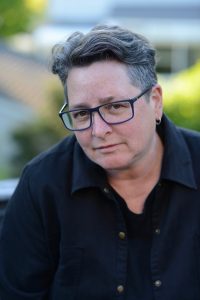 and his agreeing to an interview opened an all-important door to Mercer (who is his production and life partner).

One standout omission, however, is Mary Walsh, whose red-suited, Harper-kissing Marg Delahunty Warrior Princess arguably provided some of the show’s most memorable moments from 1992-2004. After months of scheduling and negotiations, Walsh declined just before the first interview. “That was a bit heartbreaking,” says Mombourquette.

During an interview with Atlantic Books Today for her new novel, Walsh describes 22 Minutes as a family. “I miss the people a lot,” says Walsh. “They were and are a great group. I was lucky to be a part of it.” She confirms that Mombourquette approached her for an interview, but “Salter Street or DHX Media didn’t want to go forward with it,” she says, “so then, I thought, ‘I don’t, either… I’m going to stay over here with my gang.’”

As an award-winning columnist, writer, editor and producer, Mombourquette is no stranger to the rigours of building a narrative, but transforming individual interviews into a book-length “conversation” required serious organization. “I loved it,” she says, laughing. “I have to say. I’m a Virgo.”

After each interview, Mombourquette pulled themes and quotes that she could read to the next participant––eventually creating a sense that the entire cast is gathered around a table. When the story began to flow, “sometimes I was so tickled,” she says. “I was literally jumping up and down in my seat––and that’s not something writers get to do very often.”

The 25-year milestone was a natural hook, but Mombourquette says she wrote the book to give readers an inside look at the people, characters and moments they’ve come to know intimately through their screens. “I think the show is loved by Canadians,” she says, “and I think everyone enjoys a chance to get behind the scenes and find out what was really going on.”

The series also holds a special place in the hearts of Atlantic viewers, says Mombourquette, because the entire original cast and several current members hail from Newfoundland. More importantly, filming in Halifax created a sense of regional ownership. The idea of moving production to Toronto was sometimes floated, she says, but “the producers, I think, felt that it would lose its edge if it was trying to critique the centres of power from the centre of power.”