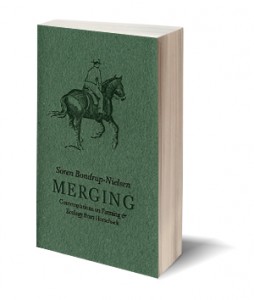 non-fiction category, Steeves took the first place prize for Merging: Contemplations on Farming & Ecology from Horseback by Soren Bondrup-Nielsen and the second place prize for his own book Smoke Proofs: Essays on Literary Publishing, Printing and Typography.

Steeves received the second place prize in the poetry category for Circa Nineteen Hundred and Grief by Tim Bowling and two honorable mentions for Peeling Rambutan by Gillian Sze and Generations Re-merging by Shalan Joudry.

Steeves credits attention and care as the reasons why Gaspereau Press does well with design. He says design isn’t the economical problem it is often said to be.

“The difference between good and bad design is an intellectual question, it’s an imaginative question, it’s not an economic question,” he says. “If we tend to win more designs I think it’s because we indulge that possibility that it’s worthwhile.” 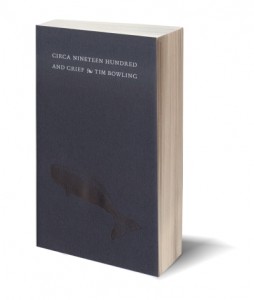 Gaspereau Press has been creating books since Gary Dunfield and Andrew Steeves founded it in 1997. Their printing method differs from most other publishers. Using hands-on techniques such as letterpress, Heidelberg presses from the 1970s and ’80s, and Smyth-sewn paperbacks to name a few. Gaspereau runs a small, intimate shop, which results in beautiful, quality books.

“When a small number of people maintain control on the making of an object, from the beginning to the end,” Steeves says, “it must have an impact on your ability to make a thing that is in harmony and suits its purpose.”

Steeves says the way things are done at Gaspereau Press “is ultimately the only and the best way to properly make a book.” The hands-on production at Gaspereau Press ensures books are strong and that “they’ll have a long life instead of falling apart in the third reading.”

“We’re trying to make affordable tools that are used daily towards the construction and preservation of our culture,” Steeves says. “We’re not making monuments and decorative things.” 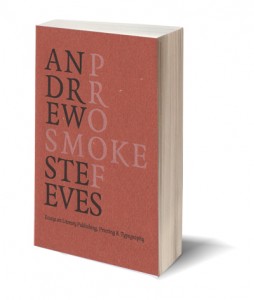 In addition to printing books, Gaspereau Press is a publisher. This gives Steeves complete control over what books it publishes. Atlantic authors Sue Goyette, Johanna Skibrud and Elaine McCluskey are but a few names found on Gaspereau’s handprinted book covers.

Steeves says, “When I’m picking manuscripts I’m not deaf to what the market can bear but my main motivation is to make books that I want to see in the world.”

While things like the author, market and cost into consideration Steeves says, “At the end of the day we’re really making books that please us and hoping there’s other people out there that will share that interest.”