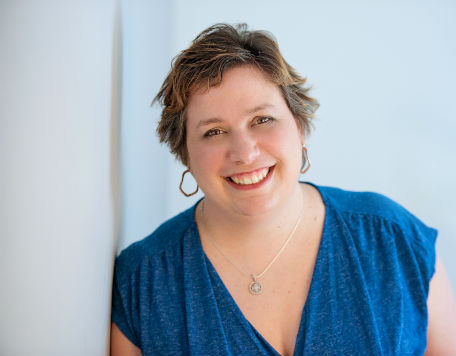 As a girl growing up in Mississauga, Ontario, Natalie Corbett Sampson fell in love with Trixie Belden, a precociously brilliant thirteen-year old girl detective. Fictional, just to be clear.

She quickly moved on to Cynthia Voigt’s (Bad Girls) complex young female protagonists. It was the heavy emotion in their difficult relationships that took Sampson – who had an idyllic if “perfectly boring” young life – to another plane.

It wasn’t long before she was creating her own art and literature, folding stacks of papers in half and writing books on them. “I won a contest in second grade for writing and illustrating a book and got to meet Robert Munsch in the school library,” she recalls, still buzzing three decades after the fact.

Words excited her from go, and pictures too. She attended a visual arts school where she got straight As and was a multi-sport athlete, competing in basketball and baseball while trying everything from badminton to curling. When she went to Acadia University to study biology (with an English minor, natch), she figured she’d be right back to Ontario.

But the crafty Nova Scotians hooked her. “I absolutely love seeing the harbour every day when I’m out and about. I love the pace and familiarity, the nature and the history,” she says. And the province has snuck into her two novels and one short e-book, even the ones not actually set there.

Game Plan (Fierce Ink Books, 2013) was set outside Boston, but as Sampson explains, “attentive readers will see landscapes and city descriptions that fit Halifax.” In her new novel, Aptitude, there is an “ancient clock on the hill,” i.e. the Town Clock on Citadel Hill, wink nudge. “I want to share the city with people who don’t live here.”

As a writer, Nova Scotia has been good to her. “I never expected to be treated like an author by other authors,” she says. “But it’s such a great and open community here. Other writers are so willing and anxious to talk shop and give suggestions, direction, encouragement.”

Still inspired by the books she read as a teenager, much of Sampson’s work focuses on that age group, particularly teens going through some of life’s big experiences for the first time: falling in love, finding identity or suffering profound loss. “There’s something piercing and magnetic about processing such important emotions and working through them for the very first time that makes for good storytelling,” she says. 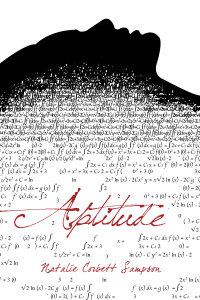 The sports she once dedicated herself to also play out in the lives of her characters. In Game Plan, basketball is a necessary means of escape for high school student Ella Parker, but also a means of gaining an education. And her short story, “Nine,” is actually structured around a baseball game.

Sport is a natural literary theme for Sampson because it is similar to art in its “ability to remove the participant from daily life, from stress, from routine.” It is also a rich source of drama as competitive athletes push themselves to perform better in arenas (or courts or stadiums or tracks) where there are only so many accolades to go around.

With her new novel, Sampson is proving herself unafraid to take risks at this early stage of her career. Aptitude features a young woman attempting to choose her lover in a dystopian world where choice is not allowed. It’s a love story with a thematic twist: “She falls in love with a person, but she also falls in love with writing and with creativity; she finds her own identity this way.”

Sampson has two more books on the way, sort of. One, released in February 2016, is via self-publishing. “There seems to be a good community and a good opportunity [in self-publishing] that hasn’t been there before,” she says. “I like the autonomy and the control and want to see if those benefits make the harder work and greater investment worth it.”

If not, Sampson says she’ll be happy to go back to traditional publishing.

She’s still wrestling with the other project, her first attempt at historical fiction. “That story and I are battling it out,” she says, though she is confident she’ll win in the end.

What is perhaps most remarkable is that she’s written this much in a few short years while working full-time as a speech language pathologist and raising four school-aged children.

Then again, she’s always been energized by words. Just as she once got excited folding paper stacks to make books, so it is now with her computer.

“I think it’s like running is to other people,” she says. “Without it, I feel off balance and rangy, wired and on edge. But the end result has become less important than the process.”