Books that help young readers understand the past 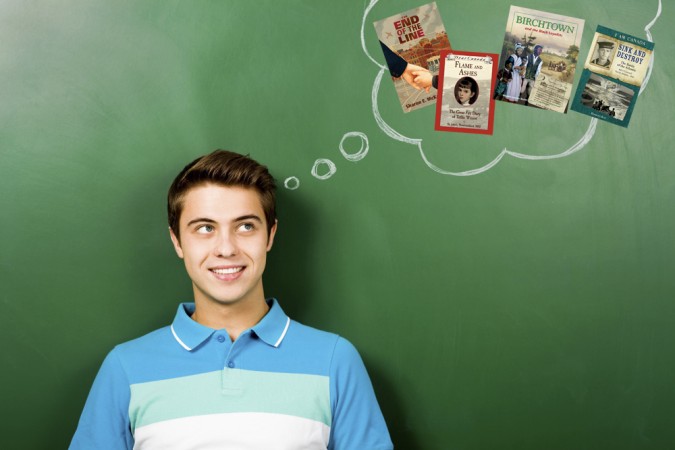 It has always been easy for me to see why both writers and readers are so often drawn to the past. Despite the vast array of topics, times and places that “history” encompasses, both fiction and non-fiction historical works invite readers of every age to think about where we came from, the events that have brought the world to where it is today and how the actions of individuals ultimately change and define the course of history. For young readers especially, historical books can be a way of learning more about their own past, the events that have shaped their communities and perhaps even their own families. 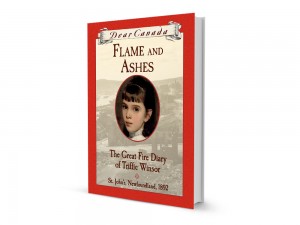 As a series, the Dear Canada books are a noteworthy example of historical fiction that delves into very specific episodes in Canadian history. Written in diary format, they enable middle grade readers to empathize with the characters who are living through these traumatic events. The most recent installment in the series is Janet McNaughton’s Flame and Ashes: The Great Fire Diary of Triffie Winsor (Scholastic Canada).

Set in St. John’s, NL, in 1892, this fictional narrative provides a dramatic account of the horrific fire that destroyed almost two-thirds of the city. Triffie is the daughter of a wealthy merchant whose shop and warehouses, along with their fancy house and everything they owned, was lost. In her diary, Triffie describes the fire, as well as the aftermath in the days and weeks that followed. She creates a vivid picture of the event and its impact, and in the process, also manages to highlight the unique and irrepressible spirit of this place and its people. 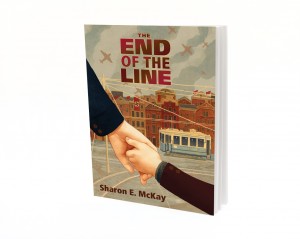 In Sharon McKay’s newest book, The End of the Line (Annick Press), young readers are transported well beyond the Canadian border. Set in Amsterdam during the Second World War, it is a beautifully crafted tale of two bachelor brothers who rescue a young Jewish girl and must then endeavour to keep her safe from the Nazis.

Unlike the diary format of the Dear Canada tales, this story is told in the third person from multiple points of view. It is simply told, but as the reader comes to see through the eyes of the various characters, a grim and ominous portrait emerges of that time and place. Yet it also depicts the simple heroism that ordinary people displayed on a daily basis and in a myriad of tiny ways. Without graphic depictions of the violence or the atrocities being committed, this book still enables contemporary readers to visualize what life was like in Amsterdam during the years of Nazi occupation. 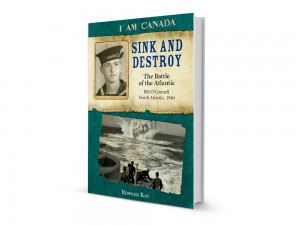 Meanwhile, Sink and Destroy: The Battle of the Atlantic (Scholastic Canada) by Edward Kay offers a different perspective on the Second World War. Part of another historical fiction series, I Am Canada, this book is the fictional account of Bill O’Connell’s experiences when he lies about his age to join the Navy. He describes the training in Halifax where the locals displayed open animosity towards them and seemed to bitterly resent their presence in the city; the tense ocean voyages spent scouring the seas for German U-boats; happier times in Scotland where they were hailed as heroes. He also recounts his friend’s death, and the experience of going to pay a surprise visit to his girlfriend Aileen and her family only to discover that a bomb had annihilated their home and all of its occupants. He provides a different perspective from the one in The End of the Line, which helps readers understand how Canadians fit into this sad and terrible picture. 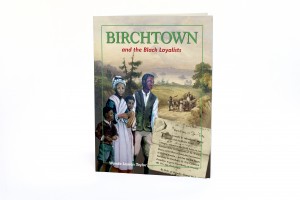 While fiction can be an excellent way of bringing history to life, non-fiction accounts can be equally compelling and eye-opening. Birchtown and the Black Loyalists (Nimbus Publishing) by Wanda Lauren Taylor gives a broad overview of the Black Loyalists and the ordeals that they faced.

It looks briefly at how Black slaves ended up in America, the American Revolutionary War and the promises made to the Black Loyalists who fought with the British and how, after the war, they left America. Many were transported to Shelburne where they eventually formed the settlement of Birchtown. Taylor goes on to describe the harsh conditions they endured there. It is an easily accessible and informative outline that relates the history of this group of people while also revealing this rocky portion of Nova Scotian history.

As these and so many other fine works of fiction and non-fiction for young readers demonstrate, history provides seemingly limitless opportunities for exploration and contemplation.