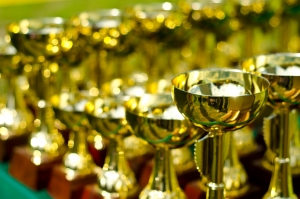 Nova Scotia publishing house Pottersfield Press has announced the first and second prize winners of its new creative nonfiction prize after receiving submissions from across Canada.

Lesley Buxton of Penticton, BC won top honours with her compelling memoir, One Strong Girl, a mother’s account of the loss of her daughter to a rare disease. The story is a bold description of what it means to deal with deep sorrow and still find balance and beauty in an age steeped in the denial of death.

Buxton studied theatre in London, England, and travelled extensively before settling down in British Colombia. She has a MFA in creative nonfiction from the University of King’s College in Halifax, Nova Scotia.

Suzanne Stewart, an English professor at St. Francis Xavier University, placed second with her manuscript, The Tides of Time: A Nova Scotia Book of Seasons.  Set in northeastern Nova Scotia and Cape Breton, the book presents portraits of contemporary labourers whose harvests mark the rhythms of the seasonal year.

Pottersfield has also announced that it is accepting submissions for the second year of the prize with a deadline of March 31, 2019.  For more information go to www.pottersfieldpress.com