Who Killed the Canadian Tories? 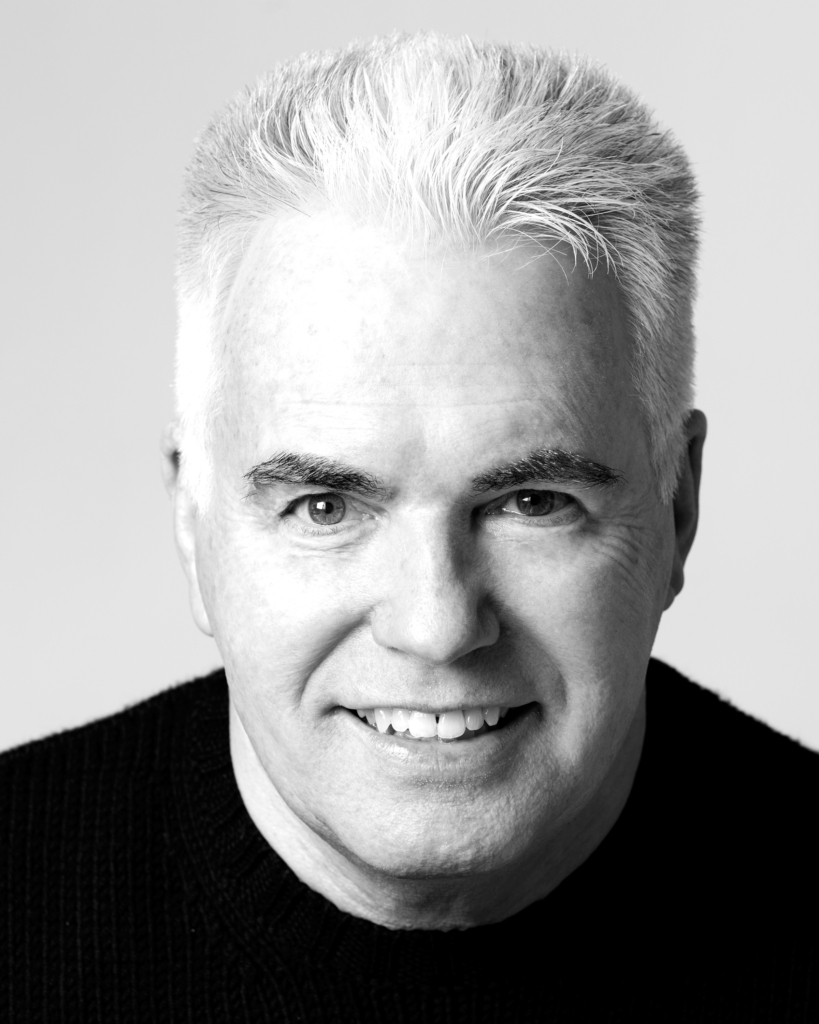 Canadian political memoirs rarely pack much of a punch and all too many are essentially the final act of self-aggrandizement in a politician’s career. The odd political autobiography – like Erik Neilsen’s The House is not a home (1989) and Brian Mulroney’s Memoirs (2007) – tries to settle old scores. Rarely do such projects produce calls for the resurrection of a dead or dying political tradition. 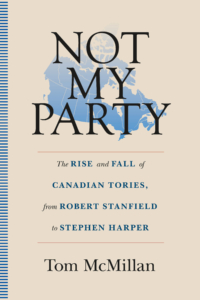 Former Mulroney Cabinet Minister Tom McMillan, hailing from Charlottetown, PEI, attempts to do just that in his rambling personal memoir, Not My Party: The Rise and Fall of Canadian Tories, from Robert Stanfield to Stephen Harper, which is bound to disrupt the relative peace now prevailing in today’s Conservative Party of Canada. It’s likely to not only re-open old political wounds, but to incite a renewed struggle to restore the heart and soul of Progressive Conservatism.

After retiring from partisan party politics in the late 1990s, McMillan resurfaces with a stinging indictment of Stephen Harper for “destroying” the progressive side of Canadian Toryism in his 2003 quest to merge the Canadian Alliance/Reform movement with the traditional Progressive Conservative party. He holds Harper personally responsible for the abandonment of the Progressive (or Red) Tory tradition, the imposition of highly partisan “cult of personality” politics and the debasing of an “enlightened national party institution” bequeathed by our founding Prime Minister Sir John A. Macdonald some 150 years ago.

Tom McMillan is, in many ways, an unlikely party rebel. Born into a dyed-in-the-wool Prince Edward Island Conservative family, he’s the twin brother of a consummate insider, Charley McMillan, Mulroney’s trusted political advisor. After winning election as a Charlottetown MP and becoming a federal Cabinet Minister, McMillan later served as consul general in Boston and then was twice defeated in the 1990s as a federal PC candidate in Charlottetown and Peterborough, Ontario.

McMillan is so steeped in party politics that his whole life story is interwoven with what he terms “the rise and fall of Canadian Tories” from the defeat of Liberal Louis St. Laurent in 1957 to the present. After “Uncle Louis” passed from the scene, Tom never waivered in his partisanship, seeing the world as divided almost naturally into “white sheep” (Tories/Conservatives) and “black sheep” (Grits/Liberals).

Young Tom McMillan was absolutely captivated by Dr. Symons, the gentlemanly, thoughtful, pipe-smoking intellectual who personified, in his mind, the core values of Progressive Conservatism: civility, individual rights and social justice. While working for Symons on a pioneering Canadian Studies project, he fell under his spell and, like many others, counted upon him for sage advice at critical points in his life and career. 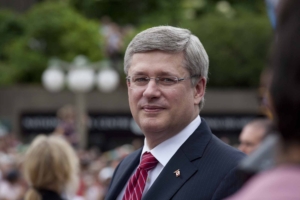 as “the best Prime Minister Canada never had.” Unlike many of his contemporaries, young Tom was apparently immune to the magnetic appeal of Trudeaumania and Pierre Elliott Trudeau’s progressive vision of a “Just Society.”

McMillan was totally immersed in the PC party’s policy renewal process, guided by Dr. Symons, and became thoroughly “Symonized” as a true believer in building a “progressive, reformist and modern” Conservative party in tune with the late 20th century.

The McMillan boys, Tom and Charley, both played an instrumental role in reviving Tory political fortunes in PEI and earning themselves a seat at the table. After winning election in 1979, Tom held the Charlottetown seat for the Tories, served in opposition from 1980 to 1984, and then in cabinet as the federal Minister of Environment.

Reading this memoir is a virtual feast for political junkies and particularly for those of a Tory stripe. His political masters from Robert Stanfield to Joe Clark to Brian Mulroney are all treated favourably as respected, if misunderstood, spear carriers in the Canadian Tory pantheon. Short-lived PC leader Peter MacKay of Central Nova is barely mentioned, even though he signed a May 2003 deal with Saskatchewan farmer David Orchard to defend the “Progressive” faction, and then delivered the PC’s into the arms of Harper’s rebranded Conservative Party. Reducing MacKay’s critical role in the demise of the PC tradition to little more than a few sentences in a 600-page book stands out as a glaring and peculiar omission.

For a recovering politician preaching civility and magnanimity in politics, McMillan sure dishes in considerable detail on the cast of characters who inhabited the party from 1967 until his final campaign in 1997. Few will be surprised by his unflattering portrayal of the ebullient, autocratic Yukon Cabinet Minister Erik Neilsen, but his sharply critical depictions of his former environmental advisor Elizabeth May, and Halifax Cabinet colleague the late Stewart McInnes, will raise eyebrows and temperatures in some quarters.

McMillan’s memoir appears at a critical juncture for the Conservative Party of Canada and its provincial cousins. With Stephen Harper’s influence on the wane, this well-timed book may well find a ready audience among “progressives” who fled the Conservative party during the Harper years. Many Progressive Conservatives harbour the view that the CPC is not their party anymore, including former PC leader Joe Clark and Ontario Tory stalwart Justice Roy McMurtry. Where Nova Scotia’s Peter MacKay fits into the evolving narrative is left unclear in this weighty opus.