Who is Capable of Murder? An Excerpt from Debra Kumar’s Black River Road 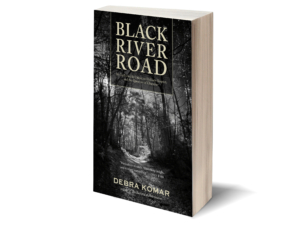 In this excerpt from her new book, Black River Road, forensic expert Debra Komar revisits the infamous murder suspect John Munroe, a man who at the time was believed too educated and wealth to have done the deed. The individual capacity to commit murder is a significant theme of Kumar’s work:

Philly held her tongue for the five hours that passed like a glacier through her parlour, her torment ending only when the couple bid her farewell. Munroe and Maggie left together as darkness fell. Phileanor tried to reach her sister throughout the coming week, but Maggie was deeply infatuated and would not entertain her protestations. The sisters finally agreed to meet at the Crear house the following Sunday. Philly was visibly relieved to see Maggie arrive alone, but her joy evaporated when John Munroe appeared at her door minutes later. [Philly’s husband] Robert Crear was enjoying a rare day’s leisure, and the parlour clock’s tick filled the void as the men exchanged a few forced pleasantries about the city and their shared business acquaintances. Only Maggie seemed to be having a pleasant afternoon, hanging on Munroe’s every utterance.

As six bells sounded the dinner hour, Philly could no longer endure the stagnant tableau. She confronted Munroe, telling everyone he was a married man. Munroe, who had recently celebrated his third wedding anniversary, calmly dismissed the claim. When she repeated her allegation,

Munroe insisted he was unmarried. He then asked if she might be mistaking him for his brother George. Phileanor turned to her husband for support, only to find his gaze fixated on the sitting-room rug. Philly insisted Munroe was married to Mr. Potts’s daughter Annie, and they had

at least one child. The accusation hung in the air as Maggie begged Munroe to say it was not true. Unfazed, he patted Maggie on the hand then turned to Phileanor and laughed. Philly defiantly stood her ground while Munroe refused to yield.

Robert Crear finally intervened, calling his wife into the kitchen, leaving Maggie and Munroe to sort things out. “They were alone together themselves for a long time, and I did not hear what conversation passed between them,” Philly later recalled. Sometime after seven o’clock, the

Crears returned to the parlour, where it seemed the matter was resolved. A few minutes later, Maggie and Munroe took their leave.

Munroe’s secret was finally out — he came equipped with a wife and progeny — but it did not quell Maggie’s ardour for her lone gentleman caller. She found herself in a love triangle with some very sharp edges, yet her obsession obliterated any concerns she may have felt. Her life began to revolve around Munroe. “Sometimes he came three or four times a week,” Phileanor said, “and if she was not there he used to send for her.” She watched as Munroe “used to come backwards and forwards to the house and he and my sister used to meet each other out walking.” The couple flaunted their budding romance throughout Carleton and beyond.

Despite their public assignations, Munroe’s romantic designs on Maggie were modest. He never displayed any overt signs of affection, and Philly noticed “he did not seem to care much” what Maggie did “as long as it answered his purpose.” Munroe offered little of substance, but to Maggie’s love-starved heart a trace of something was better than a lifetime of nothing.

In fairness to Maggie, some of Munroe’s actions were difficult to decipher. For instance, he was fond of giving gifts. Jewellery was a frequent offering, including a ring he gave Maggie in the spring of 1867. The ring’s design bore no resemblance to the promise bands normally exchanged between intimates, yet Maggie wore it as if it were a wedding ring. For his part, Munroe said only that the ring had cost him four dollars, a sum large enough to avoid accusations of thrift but falling well short of a serious commitment. He also gave Maggie a small locket that she wore every day for the rest of her life.

John Munroe bestowed two other remembrances on Maggie Vail during the initial weeks of their courtship, gifts that offer some insight into the nature of their relationship. The first was a tiny silver-plated pistol and a supply of ammunition, a curious memento to cement a romance. The second was a tintype of Munroe, handsomely bound in an ornate frame. He never requested a photo of Maggie in return, but she had a dozen taken and gave him four. Munroe did ask for a photo of the far more lissom Phileanor, a request Philly happily granted. Maggie was stung. In a fit of jealous pique, she commissioned an ambrotype of herself. She mounted the image in an elegant silver locket that she attached to Munroe’s watch fob. She had effectively marked her territory, but her gift did not dangle from his timepiece for long.

Phileanor had mixed feelings regarding the adulterous union. She welcomed Munroe into her home and gave him her photo, suggesting some measure of acceptance, yet she continued to berate him for his promiscuous ways. When pressed, he claimed he was powerless to change the situation, saying “he did not know what to do as [Maggie] liked him,” and was always “sticking up” for him. The sentiment confused Philly even further.

Jacob Vail, the girls’ uncle, offered Maggie some “good advice, telling her [Munroe] was a married man and that she was very foolish in thinking about him at all.” His avuncular counsel fell on deaf ears, as he later recalled: “She gave me a good deal of abuse, and I gave her up, and that was the last conversation I had with her.” Maggie also fell out with her sister Rebecca Ann Olive “on account of her behaviour with Mr. John Munroe.” Maggie remained steadfast, telling her family she loved John Munroe, she was certain he loved her, and the rest did not matter.

In hindsight, Philly Crear could not pinpoint which of the architect’s countless visits became “the occasion on which he accomplished [Maggie’s] ruin.” All Philly knew for certain was that in June 1867, Maggie found herself “in the family way.”

Black River Road: An Unthinkable Crime, an Unlikely Suspect, and the Question of Character
by Debra Komar
Goose Lane Editions

Debra Komar has worked as a forensic anthropologist in the US, UK and Canada. Black River Road is her fourth book re-examining crimes of the past with fresh eyes and modern techniques.