What’s on for Summer Reading?

My mother used to tell me that a good book was like a friend. And if I always had a good book on the go, I’d never feel lonely.

She was right. So many of my favourite books still feel like friends to me, even the ones being held together by elastics or the ones that have lost their covers.

Last Fall, all of my old “friends” met up with my partner’s for the first time when we built a writing and reading studio in our backyard, containing floor-to-ceiling bookshelves. In this very special new place, which we fondly call the “Garden House,” our book collections are finally getting to know each other.

I spent the winter smiling at the new bookshelves and delighting in having all my books within arm’s reach. I could research and peruse on demand—all I had to do was push my chair back and reach for just the right book whenever I needed inspirationor the perfect quote.

Of course, these new bookshelves don’t mean that the pile beside my bed has diminished. It’s as high as ever.

The bed is one of my favourite places to read, as is the tub. Now we can add “the couch in the Garden House” to the list.

With the summer upon us, my mind has turned to all the outdoor places where you can curl up with a book. When I was a kid, at my grandparent’s cottage, there was nothing better than rowing out into the lake with whatever adventure series I was reading, lying in the bottom of the boat, drifting in the summer breeze.

Of course, reading would always sweep me away, into another world. Inevitably the boat would be swept away too, often clear across the lake.

In Atlantic Canada, we are overflowing with natural, gorgeous places to lose yourself in a book. More beaches and lakes than we can count, beautiful urban parks and of course there’s always the backyard hammock.

We’re fortunate to have an abundance of publishers, authors, genres and books to choose from. Here are just a few that have made an appearance in time for this summer’s long and well-lit days.

Being compared to Gabriel Garcia Marquez is pretty high praise, but Deni Ellis Bechard has earned it. The award-winning investigative journalist and novelist won the 2007 Commonwealth Writers’ Prize for Best First Book and has a new one out in 2020. A Song From Faraway moves between 19th-century Prince Edward Island and modern-day Iraq and tells a story of a father-son relationship in times of war and trauma.

And if you’re in the mood for lively, edge-of-your-seat storytelling, buckle up for Hard Ticket, a new short story anthology from Breakwater Books, featuring 13 of Newfoundland’s most exciting emerging writers. Critically acclaimed author Lisa Moore chose the stories for this collection, guaranteeing high quality.

Teaching at the Top of the Worldis a love story to the Inuit of Canada and the magnificent Arctic landscape. Written by author and teacher Odette Barr, the book is told from the perspective of a non-Inuit woman, who, along with her female partner, lived and worked in Grise Fiord, Canada‘s most northern permanently inhabited community. The couple deeply involved themselves in all aspects of community life and were rewarded with complete acceptance as a lesbian couple in this remote 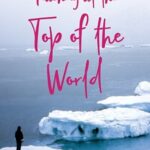 There’s been some incredible non-fiction coming out of Atlantic Canada in recent years; books that are tackling tough issues like Too Dumb for Democracy? by David Moscropit about living in a time of irrational political decisions and There’s Something in the Water, by Ingrid RG Waldron, which explores environmental racism in Indigenous and Black communities.This season is no exception.

The Ku Klux Klan in Canada: A Century of Promoting Racism and Hate in the Peaceable Kingdom by Historian Allan Bartley tells the little known story of how Canadians came to adopt the ideology of the Klan. It adds to the growing number of books that deal with racism in Canada. 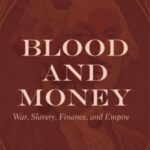 And in a groundbreaking book about the origins of money, author David McNally, who is the Director of the Center for the Study of Capitalism, explores an ugly, but true, story. As he reveals in Blood and Money: War Slavery and the State, there is an intimate connection between the emergence of money in our culture and the buying and selling of slaves.

And last, but certainly not least, are the books for the children among us. 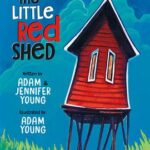 The Little Red Shed is a beautiful little book, written by the wife-husband team of Jennifer and Adam Young of Fogo Island, Newfoundland, and illustrated by Adam, who is well known for his electrically colourful and whimsical paintings of Eastern Canada.

Wherever you choose to curl up, and whichever books you pick to read, here’s to the kind of relaxation and revelation that only a good book can bring.

Renée Hartleib is a professional writer and writing mentor who lives in Halifax. Her fiction and nonfiction has been published in anthologies, magazines, and literary journals. Renée loves helping others realize their creative dreams through one-on-one mentoring, inspiring writing courses, and unique writing workshops.