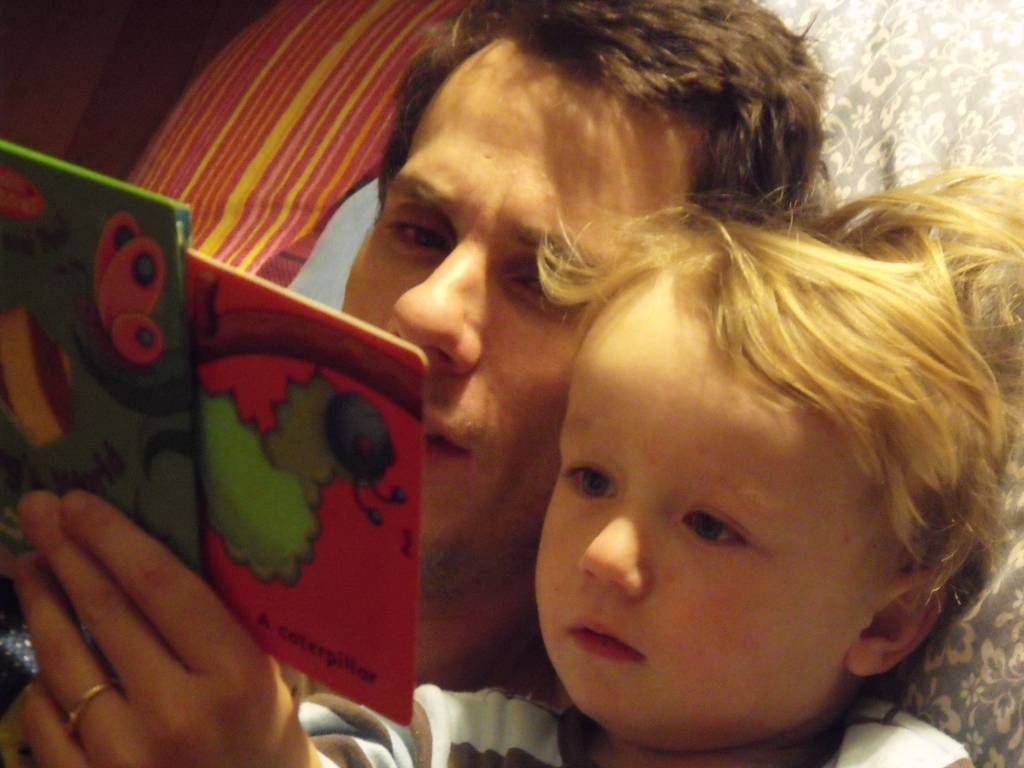 Happy Father’s Day! To celebrate Dads in our usual literary way, we asked a few local writer-dads what their favourite Atlantic Canadian books are. We got a great range of answers, some books to read to the kids and some that go great with that post-bedtime nightcap:

Steve Law, father of two girls, author of Tailings of Warren Peace and the forthcoming Colour of a Tattoo (2017), suggests two personal favourites:

Tinker & Blue by Frank MacDonald. Steve says: “Not only do we finally get to meet the ‘other feller,’ but Tinker & Blue share their storytelling zeal as they travel in their Plymouth to Haight-Ashbury, form a band, find love, fight ‘the man’ and the big corp ‘Fucdepor’ while evading the FBI. What’s not to love in a 60’s road trip to San Fransisco with a couple of boys from Cape Breton Island?”

Up Home by Shauntay Grant with artwork by Susan Tooke. Steve says: “Because all fathers should read books to their kids. Beautifully illustrated, a memory of home that allows us to reminisce and our kids to dream. An Atlantic Canadian gem.”

Jamie Fitzpatrick, host and producer at CBC Radio in St. John’s and author of You Could Believe in Nothing, vividly recalls one of his favourite Atlantic Canadian novels and the impact it had on him:

“The Way the Crow Flies by Ann-Marie MacDonald isn’t MacDonald’s best known work, but it still

knocks around in my head many years after I put it down. I remember the first glimpse through the car window, the military houses, the empty spaces in town that the kids know intimately. New Year’s Eve and slumber parties. The sense that something’s wrong long before we find out that something is very, very wrong. The sex and the slumber party and the pineapple upside down cake. I have a post-it on my computer that says ‘pineapple upside down cake’ as a reminder of how a single, small detail can engage your imagination with a story.”

Jamie also loves Duke by Sara Tilley: “Probably my favourite novel of the last year or so. A man from Newfoundland heads west to seek his fortune, with the long shadow of his family hanging over every move. Sounds like a hundred other east coast tales you’ve heard? Well it is, and it very much isn’t.”

Justin Gregg, science writer, author of Are Dolphins Really Smart? and 22 Fantastical Facts About Dolphins and father to “a young bookworm who sleeps under a pile of Star Wars encyclopedias,” also provides two offerings. As a father who delights in mildly embarrassing his daughter at every opportunity, he focuses on the anti-hero:

Empire of Deception by Dean Jobb. Justin says: “Leo Koretz built his fortune by running an intricate Ponzi scheme in the 1920s, fleecing millions from Chicago’s rich and powerful. He even preyed upon his closest family members – convincing his own mother to invest in his non-existent Panamanian oil fields. Koretz is the forgotten forefather of investment fraud, and Jobb’s masterful account of his life (and sugary demise) makes for a compelling read.”

who guided the ill-fated Mont Blanc during the Halifax Explosion. Mackey has long been regarded as the man responsible for the worst maritime disaster in Nova Scotian history. But we learn that not only was Mackey wrongly blamed by the media (and history), but his diligence and skill as a pilot might well have saved lives that day.  Mackey went on to have a successful career, and raise a loving family that adored him.”

Michael De Adder, a proud father and also one of our region’s preeminent political cartoonists, author of several books of cartoons, most recently You Might be from Newfoundland and Labrador If..., suggests the very first Atlantic Canadian book he ever read, and the most recent:

Each Man’s Son by Hugh MacLennan. Michael says: “I read it

when I was so young and it stuck with me. It was the first local book I ever read.” And it happens to have a nice Father’s Day-ish (with a twist) theme to it. MacLennan’s fourth novel features Dr. Daniel Ainslie, who yearns for a son but can’t have one and comes to love the son of a man who deserted his family to become a professional fighter.

De Adder also recommends his most recent local read, Where I Belong by Alan Doyle. “I just really enjoyed this one,” he says. “I read it just after I wrote You might Be From Newfoundland and Labrador If….” Seems like perfect timing. Our reviewer, Tara Thorne, called this book “the story of [Doyle’s] youth; of cod tongue-cutting and hockey; of mostly innocent little-boy neighbourhood antics; of school and religion; of family and music.”

And finally, David Fleming, a Halifax father, poet and short story writer, says that his favourite Atlantic writers appeal to him in fact because they deal with parenting complexities in their writing.

Light Lifting by Alexander MacLeod. David says, “Of all the great stories in this collection, ‘Wonder

About Parents’ is my favourite. It deftly follows a couple through the trials of lice infestation, a severely ill baby and long holiday road trips with an unforgettable style that should amuse, exhaust and awaken any dad of little kids.”

Sue Goyette’s The Brief Reincarnation of a Girl. David calls this work “a heartbreaking

poetic drama about a child who died in Massachusetts of over-medication. Goyette places the reanimated girl in a courtroom with her stuffed bear, as a cast of deeply broken people — her mother, father, doctor and lawyers — struggle to assign blame for the girl’s death. The toy bear ultimately rescues her to a place of peace and meaning. Few books of poetry have shaken me like this one.”