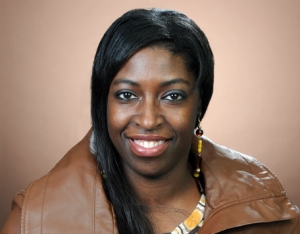 “This book was tough to write,” says Wanda Taylor, the author of The Nova Scotia Home for Colored Children: The Hurt, the Hope, the Healing. “And I know it’s tough to read.

“Even though it’s hard, I really believe people need to hear about the troubling history. We need to ask ourselves how it was allowed to happen.”

The “troubling history” is a story of physical, mental and sexual abuse that took place at the Home for Coloured Children, an institution that was meant to be a haven for African-Nova Scotian children in need of care.

Last July, class-action lawsuits launched by the former residents against the home and the provincial government ended in settlements totalling $34 million. In October, Premier McNeil issued a formal apology for the trauma and neglect suffered by the residents. The province is now embarking on a restorative inquiry which will be guided by 12 people, including legal advisors, community members, representatives from the government and former residents.

For Taylor, who has a background in child protection and social work, there were both personal and professional reasons for wanting to write the book.

When Taylor was a toddler, her mother, a single parent of seven children, was hospitalized for several months after being hit by a car. Taylor and her three-year-old sister were sent to foster care, but three of her siblings were placed in the home.

Several months later, Taylor’s mother left the hospital to reunite the family. Taylor says that period was never really talked about within her family, and it was only after the allegations of abuse surfaced in the 90s that an older sister began to speak about her time at the home.

“What happened there affected my family, and in fact it affected the whole community,” she explains. “I wanted to dig in to find out more.”

She also wanted to look at it through the lens of child protection gone wrong. How was the abuse and neglect at the home allowed to happen?

of the home by conducting face-to-face and phone interviews. She gleaned information through government and court documents.

The book, which came out in January, has stirred controversy with some former residents of the home. Some feel the timing of the book’s release, in advance of the public inquiry, has the potential to sensationalize the stories at a time when they are trying to build bridges. Others are upset at Taylor’s use of information from public record.

“There are stories in the book that maybe people didn’t want shared, or that they wanted to share in their own time and way,” says Tony Smith, a former resident of the home and a founding member of Victims Of Institutionalized Child Exploitation Society (VOICES).

“I know you can’t control whether or not someone decides to write a book, but there are people that are unhappy that their stories have been made public in this way.”

Taylor says that while she is aware of the controversy, she has had a lot of positive feedback from former residents and readers. And she believes that getting the story of what happened at the home out to the public in a variety of ways will be ultimately beneficial.

“The inquiry is one important way for the story to be shared, but it’s not the only way.

“I really think that in telling these stories, we can change the way we treat vulnerable populations going forward.”

Taylor has discovered that the book resonates with people who have suffered childhood abuse, many of whom have come forward at book signings to share their stories.

“While this is a story set in a particular time and place, abuse has unfortunately happened to many people in many different situations.

“In the case of the Home for Colored Children, what happened there hurt my family and it hurt my whole community.

“My hope is that this book can in some way help with the healing process.”