Under the reading tree

When I was young, I had a favourite reading tree. It was a wonderful old maple with lots of green and three special branches that met to form a rustic wooden chair. Late afternoons, I’d settle inside this nook and, week by week, work my way through the stack of books I’d set aside for summer reading 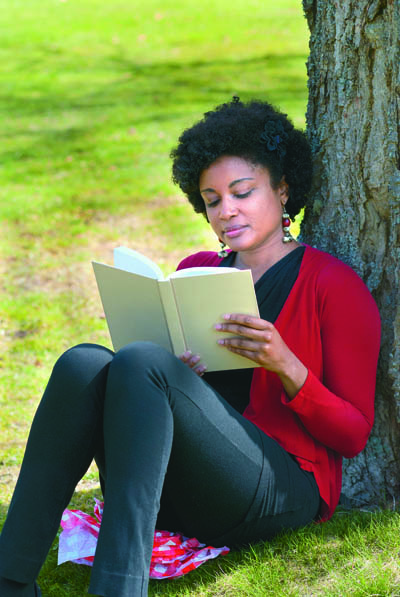 It’s been 20 years since I’ve climbed that tree, but my summer reading stack has been a constant and always includes lots of book picks with a local interest. Here are a few:

Emancipation Day (Doubleday Canada) marks Canadian writer Wayne Grady’s first foray into fiction. His non-fiction book Breakfast at the Exit Café (Greystone Books), which he co-authored with his wife, writer Merilyn Simonds, was among my reading picks for last summer. And I’m just as excited to explore this newer work, particularly for its interesting origins. Several years ago Grady discovered that his father—who claimed to be Irish-descended—was a fair-skinned Black man “passing” for white. And so Emancipation Day is a fictional tale inspired by this family history and set in St. John’s, NL, during the Second World War.

In Seasoned: Recipes and Essays from The Spiceman (Nimbus Publishing), Costas Halavrezos shares his passion for old favourites like cinnamon and paprika. But he also takes readers on a cross-cultural food trek through Morocco, Ethiopia, Mexico, Greece and many other countries that have captured his culinary heart. More than just a recipe book, Halavrezos’ personal essays make Seasoned an extra-special read.

And in Writing The Common (Gaspereau Press), local poets explore one of Halifax’s oldest public spaces. The anthology commemorates the 250th anniversary of the Halifax Common and presents an impressive lineup of poets, among them Sue Goyette, George Elliott Clarke and Tanya Davis (just to name a few). The poets featured in this collection explore a range of themes and memories connected to this popular public space. I’ve already made plans to be there this summer—under (or perhaps even “up”) a tree to read.

Shauntay Grant is a Nova Scotia writer, author and storyteller, and was Halifax’s third Poet Laureate (2009–2011). She has shared her work internationally at festivals and events, and has published three children’s picture books, including Up Home, which won the 2009 Atlantic Book Award for Best Atlantic Published Book. Find her at shauntaygrant.com.