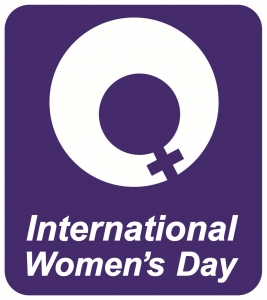 A fourteen-year-old warns her townspeople of impending disaster by water. An 18th-century young woman disguises herself as a cabin boy so she can sail the ocean and eventually ends up a spy, a captain. A mid-20s stray returns to her Nova Scotia roots to find, and try to stitch back together, one of the most dysfunctional families in literary history.

Meet Ruby, Kit and Tabby. They are three of the more distinctive voices in recent Atlantic Canadian fiction, all female and all driving forces in their authors’ narratives. They are in turns innocent and wise, fearless and vulnerable.

But can they been seen as feminist voices? I wondered what each author brought to their characters in light of the challenges women continue to face in literature, and in society, today.

In New Brunswick author Riel Nason’s novel The Town that Drowned, we meet Ruby Carson, alone in facing tremendous responsibility: she believes she has seen the future, and it is death by drowning. While she may not be an expected voice of feminism – she’s small town, inexperienced, innocent – you see Nason set down the formative stages of who Ruby will become.

“Ruby is very much coming of age and still figuring herself out,” says Nason. “She is bullied and protective of her younger brother, who is also bullied. It is a time of huge upheaval – dam, flooding, whole community being destroyed, moved – so Ruby is basically trying to keep it together while so many things change around her. She gains confidence by the end of the book. She realizes the many things she can deal with.”

St. John’s author Michelle Butler Hallett introduced me to Kit via Deluded Your Sailors, a complex book-within-a-book, where Kit is in fact a character in Nichole Wright’s novel Acts of Fever. The character Kit becomes something of a reflection of Nichole, allowing the character-author to tackle her own childhood history of sexual abuse by re-writing history, by creating a survivor’s life.

Butler Hallett explains it: “Nichole has suffered [abuse], and she can voice it – scream it, whisper it – through Kit. Both Nichole and Kit learn, by force, the value of silence, both to their own safety when vulnerable and certainly to the safety of those who abuse them.”

She adds: “Kit and her situation – girl wants to go a-roving and so disguises herself as a boy – had been in my head a long time. Kit and Nichole both are about navigating patriarchies in a female body, and about at once saving and destroying the self.”

For Nova Scotia author Sarah Mian, Tabitha “Tabby” Saint, the protagonist of When the Saints, may not be anyone’s idea of a strong female character, at least not traditionally. But although, as Mian says, “Tabby Saint may seem the antithesis of a feminist, in the sense that she’ll sleep with a man for the use of his vehicle or a place to stay, her behaviour flows out of being highly independent and resourceful. She is in full control of her decisions and regards casual sex as a mutually beneficial arrangement.”

Mian considers Tabby to be a feminist in the same way her great-grandmother was. “After my great-grandfather came back from WWI no longer of sound mind, she moved in with a lover who was willing to provide for her husband as well; the same woman walked out on her porch with a loaded rifle to greet a community services worker coming to take her children away. Times were hard. For many women, times are still hard. Even if Tabby has more options than my great-grandmother did, this is the one she chooses.”

Mian sums it up like this: “Feminism isn’t a set of commandments. It’s a battle to own your life.”