The Toll of Depression 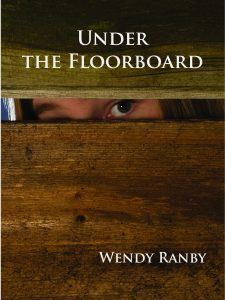 As she deals with all the typical sorts of anxieties and insecurities that adolescence often brings, Aileen’s greatest source of stress seems to be her mother. Somehow everything her mother says to her feels like a criticism. Thankfully she has her Aunt Bea to spend time with and confide in when things with her mother are too strained.

When they learn that Aileen’s mom is going to have another baby, even this exciting news brings up long-suppressed worries as Aileen remembers when her baby sister Claire died many years earlier. She has always blamed her mother for Claire’s death.

When baby Katrina is born, things become even worse as Aileen’s mom struggles to deal with her “baby blues” and Aileen and her brother Scott try to function as best they can in the midst of the chaos.

Just when things reach an almost unbearable point, Aileen finds her mother’s journals. In their pages, she discovers shocking secrets about her mother’s past and her own early years, some of which threaten to drive them even further apart and some of which may enable Aileen to see her mother in a new light.

Wendy Ranby, a New Brunswick native who now lives in Ontario, gives readers an up-close look at how depression and mental illness can take its toll on a family. The journals Aileen finds give readers as well as Aileen a chance to see her mother as a real person who has lived through great adversity and who has struggled through many dark and difficult times.

Told in the first person, this story realistically depicts Aileen’s anger and rage, her seemingly endless frustration, her feelings of being alone in her misery and always being misunderstood. However, just as her best friend Jenny often finds her constant negativity challenging, readers also may find Aileen difficult to like and/or synpathize with at times. Nevertheless, her story highlights the wide-reaching effects of mental illness.