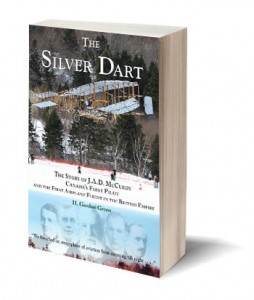 This book is a reprint of the 1959 edition, published for the 50th anniversary of powered flight in Canada. It chronicles the story of the successful efforts of Alexander Graham Bell and a remarkable group of young men—in particular Douglas McCurdy—who formed the Aerial Experiment Association (AEA) in 1907, with the avowed aim of getting “a man into the air.”

While the events of Feb. 23, 1909 are familiar to many, the back story leading to this momentous occasion, McCurdy and the Silver Dart over the frozen waters of the Bras d’Or Lakes, is less known. Similarly, McCurdy’s later life (including his appointment as lieutenant-governor) is relatively unknown. Although the AEA achieved several aviation firsts, McCurdy attained many more on his own.

This is the book for anyone wanting to learn more about the key role McCurdy played in the development of powered flight, both in Canada and internationally.