The mysterious industry: what editing has taught me 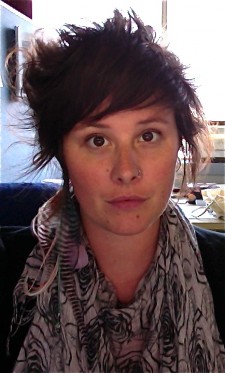 I was born a bibliophile. My mother loves to tell me how she thought I had unnatural reading powers as a toddler, and then realized I’d simply memorized all of my books. Nevertheless, I grew into a voracious reader. As an adult, I became fascinated with the book as a literary artifact and I decided that my mission in life was to help ensure there would always be books in the world. Through a combination of education, dedication, and networking, I landed myself a job as in-house editor at Nimbus Publishing and Vagrant Press last January.

Since garnering my new title, I’ve noticed that “I’m an editor” is never a satisfactory answer to the oft-disdained question: What do you do? Don’t get me wrong, people are usually impressed—but they’re not always sure why. I don’t blame them: publishing is one of the last truly mysterious industries. As Roy MacSkimming states in The Perilous Trade:Book Publishing in Canada 1946–2006,“Canadian publishers have seldom told their own story;” books have always just…been there. Similarly, in Merchants of Culture: The Publishing Business in the Twenty-First Century, author John B. Thompson writes: “It is a matter of some puzzlement that the one sector of the creative industries about which we know very little is the sector that has been with us for the longest time.”

Why don’t we seem to know how the book becomes a thing that we can caress between our fingers, bury our nose in, and squeeze into our buckling bookshelves? Well, I would argue that, in light of recent doomsday prophesying about the inevitable death of the book as “object,” people are starting to invest more interest in the creation of books and the people that make them. Because of this, I decided I would discuss the intricate and often misunderstood part that editors have to play in this arcane industry by sharing the most important lessons I’ve learned in the past year.

Don’t let your opinion get in the book’s way

While having an informed opinion is paramount, you can’t take things personally in any profession where imagination, creativity and artistic risk-taking are involved; there is bound to be disagreement. The ultimate goal of every party invested in the project—the author, the editor, the publisher, the reader—is the same: to create the best book. But, although there are certainly overlapping priorities, each of these same parties will have their own version of what that means. As an editor, my job is to strike and maintain a delicate balance. I must be a constant reminder that the book comes first.

Learn as much as you can about anything

For a woman who used to refer to herself as a “Peter Pan student,” this is great news. Coming from a liberal arts background, I that knowledge is an interdisciplinary concept; “subjects” are just placeholders; everything that can be known—whether fact or fiction—is intertwined, and thus, beneficial. As an editor, the more I know about anything—whether it’s the collected works of Shakespeare or the French word for grapefruit (pamplemousse!)—the better I am at my job.

A few months ago I went to a workshop called Grammar Boot Camp and I had fun—I realize this doesn’t make me normal. However, the prevailing societal concept that one has to be “born” with supernatural grammar skills to be a good editor is a myth. Language is not stagnant, it is ever evolving; successful editors are adaptable—they are, like Aristotle, hyper aware of what they do not know. A good editor will never become too proud to use a dictionary.

Remember that you are an artist too

Editing can be terrifying; it’s a lot of pressure, but it is an art. There are so many fascinating stories that our language has to tell, even when you get down to the nitty gritty details. I allow myself to revel daily in the fact that I am helping bring books to life. Ultimately, this has taught me that if you can find joy in even the most mentally taxing aspects of your job, whatever it may be, you will succeed.

This article was originally published in the Holiday 2012 issue

Whitney Moran is an editor, journalist and poet who lives and writes in Halifax. Find her at whitneymoran.ca.