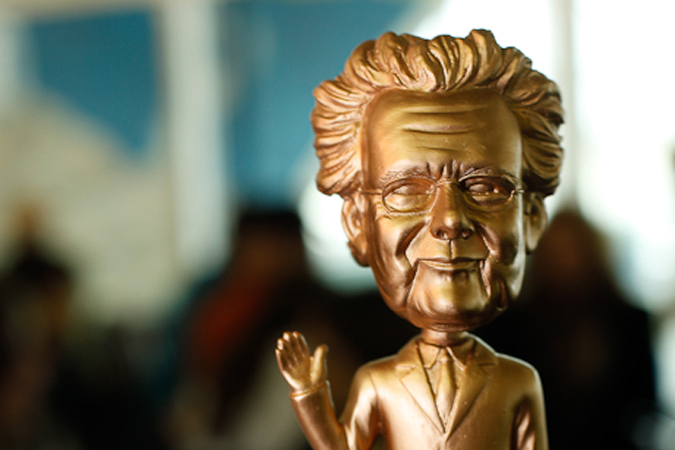 Some of Canada’s finest literary talents will be in Moncton next month to help celebrate the 10th anniversary of the Frye Festival.

Miriam Toews, Wayne Johnston, Jane Urquhart, John Ralston Saul and Antoine Maillet are among the many authors, poets, screenwriters, critics and illustrators that will take part in ten days of readings, workshops, debates, dialogues and round-table discussions from April 17 to 26, 2009 in and around New Brunswick’s ‘Hub City.’

“We have a full slate of amazing events scheduled for our diamond anniversary,” says festival chair Dawn Arnold. “If you had told me when we first started that we would be enjoying the kind of success that we are today, I would not have believed you.” 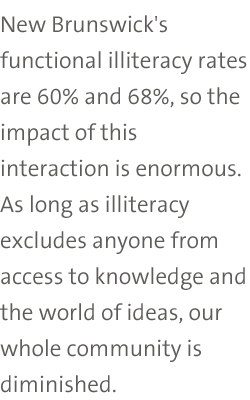 Formed in 1999, the festival was originally conceived to commemorate a man who had risen from humble roots to become one of the country’s most renowned thinkers. “Northrop Frye spent his formative years in Moncton,” says Arnold. “It was here that he honed the ideas that would later shape his commitment to an informed and civil society.”

She points out that the event’s mandate has remained the same since its inception. “Frye was a man who was passionate about education and ideas through literature. Since day one, the festival has tried to honour that vision by promoting the pleasure and discovery of reading by bringing together local, national and international authors with public audiences of all ages, and creating an annual bilingual celebration of words.”

With a wealth of activities planned over the 10 days, the festival will effectively take over the region’s schools, cafés, restaurants, bars, theatres, shopping malls and libraries, making it one of Canada’s premier literary events,

“That’s pretty amazing for a non-profit organization with only one full-time, paid staff member,” smiles Arnold. “Thankfully, we have many wonderful volunteers who are committed to making this happen.”

And while the festival’s mandate may not have changed over the past decade, its methodology is a constant work-in-progress. “Each year we add a little more to our mainstay program of author readings, evaluating what works and what needs to be tweaked.”

She points out that, as in previous years, this year’s festival will again make a concerted effort to reach out to young people through author visits to local and area high schools. “New Brunswick’s functional illiteracy rates are sixty per cent and sixty-eight per cent (Anglophone, Francophone respectively) so the impact of this interaction is enormous. As long as illiteracy excludes anyone from access to knowledge and the world of ideas, our whole community is diminished.”

Students are also invited to get creative through both a writer’s contest and the Cafe Underground program, where they can perform their own creations in a public setting. “Every year I am just blown away by some of the stuff that the kids come up with,” laughs Arnold. “It is a real joy to see them shine so brightly.”

As incentive, thousands of dollars worth of cash prizes and new books will be handed out to the participants.

Other activities for young people include daily workshops, a Saturday morning “Kids Fest”, a “community read” and the “Pop et Frye” series that aims to bridge the gap between contemporary culture and literature. “Our thinking is that we are planting the seeds of future literacy by keeping our kids interested in reading,” says Arnold. 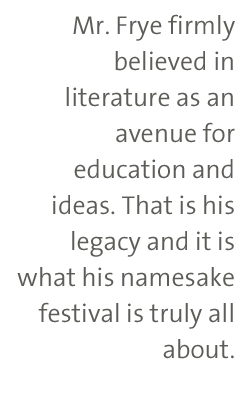 Along with the deep cultural footprint, the festival will also have an impact on the local economy.

With between 10,000—15,000 people expected to attend the ten-day event, it is forecasted that the festivities will bring more than $3 million into Moncton’s coffers. “Our restaurants, bars, cafes, retail stores and hotels are likely to be very, very busy,” says the city’s Mayor George LeBlanc. “The Frye Festival is further proof that we can compete with cities like Halifax and St. John’s when it comes to the arts. Furthermore, it serves to remind people that we are a unique and world-class destination.”

Arnold cherishes the opportunity to give back to her community.

“I love Moncton and I love literature,” she smiles. “Put those two things together and you can understand why I am grateful to be involved. This not only helps to keep us on the cultural map and provides a financial windfall for the city, but is also good for the spirit of the community. Everyone benefits from this, especially the local residents who seem to thrive on extending their hospitality.”

She is also humbled by the chance to carry the message of literacy. “Mr. Frye firmly believed in literature as an avenue for education and ideas. That is his legacy and it is what his namesake festival is truly all about.”