The Fall 2018 Issue of Atlantic Books Today is Here 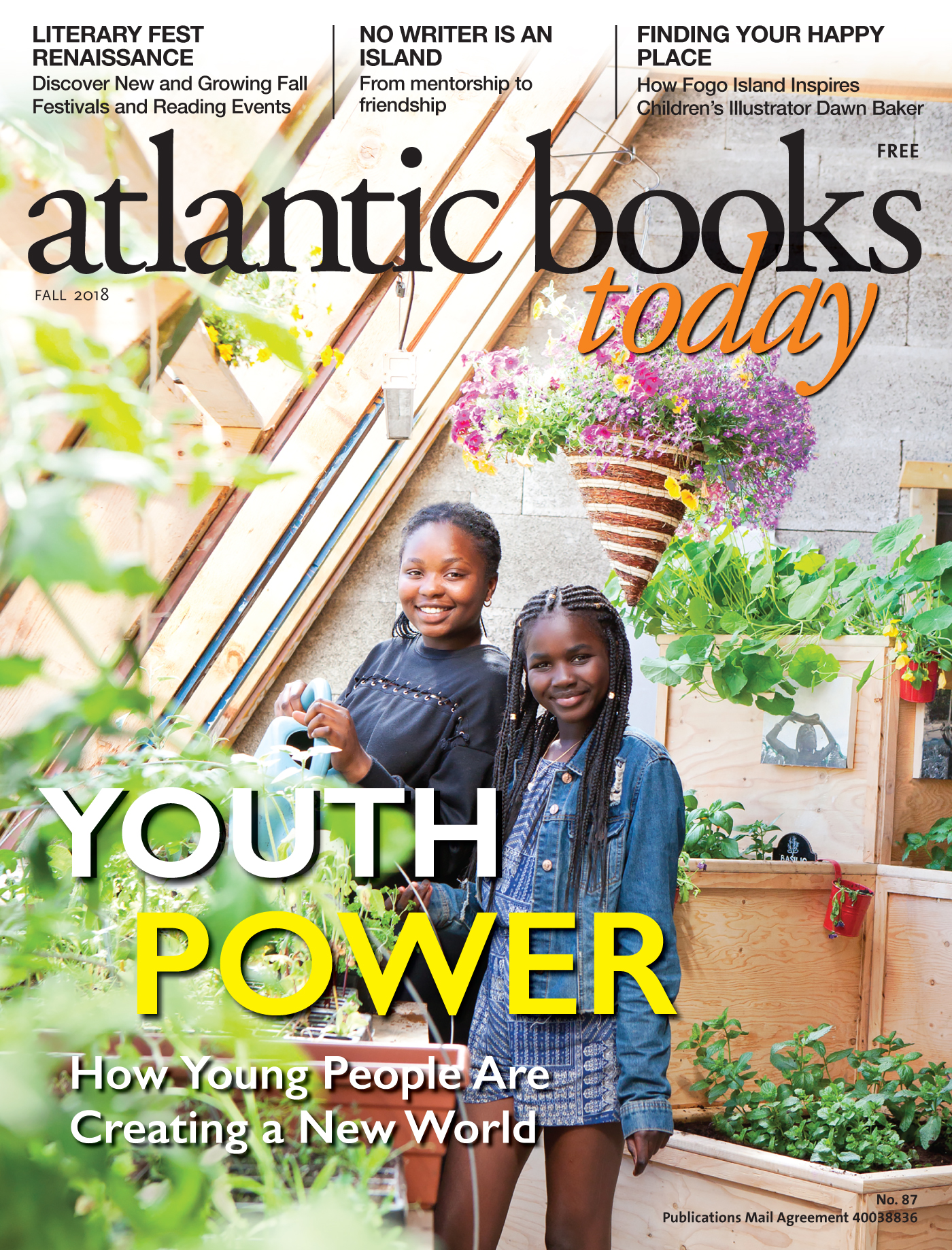 When I was deciding whether or not I wanted kids, in addition to feeling all the usual anxieties, I wondered about the added strain on the environment. I’m pretty sure my parents and grandparents weren’t struck by that particular doubt.

But I thought, “Hey, maybe my kids will be part of the solution. Maybe their generation will collectively figure out political or technical solutions that will help humanity live sustainably again.”

But the young people in Erica Butler’s cover story are kinda what I had in mind. They aren’t politicians–at least not yet. So far, they’re ignoring conventional ways, by which I mean the ones that created ecological crisis in the first place. They are blazing their own trails.

Among them only Stella Bowles, who is the subject of a new book called My River: Cleaning up the LaHave River, is someone you might think of as an environmental activist. But her form of activism is so straightforward it’s like nothing we’ve seen before. And it’s working.

The young people of Hope Blooms Community Garden (the subject of a new book called Hope Blooms: Plant a Seed, Harvest a Dream) are at times of a more entrepreneurial than purely ecological mindset. But their genius is in how they’ve used the tools of commerce to better their own lives, their communities and the local environment at the same time.

And Frankie MacDonald, 30-something, self-made, celebrity YouTube weatherman (with his book, Be Prepared! The Frankie MacDonald Guide to Life, the Weather, and Everything, co-authored by Sarah Sawler) inspires with a story of how an autistic man can spend his life doing what he loves, pursuing his passions and bringing a great deal of joy to his fans in the process.

My own kids are still single-digit aged, but I hope they too take inspiration from their slightly older Gen-Y-and-Z peers. If the generations before you fail to leave a workable model, make your own.