The Darker Side of Kidlit 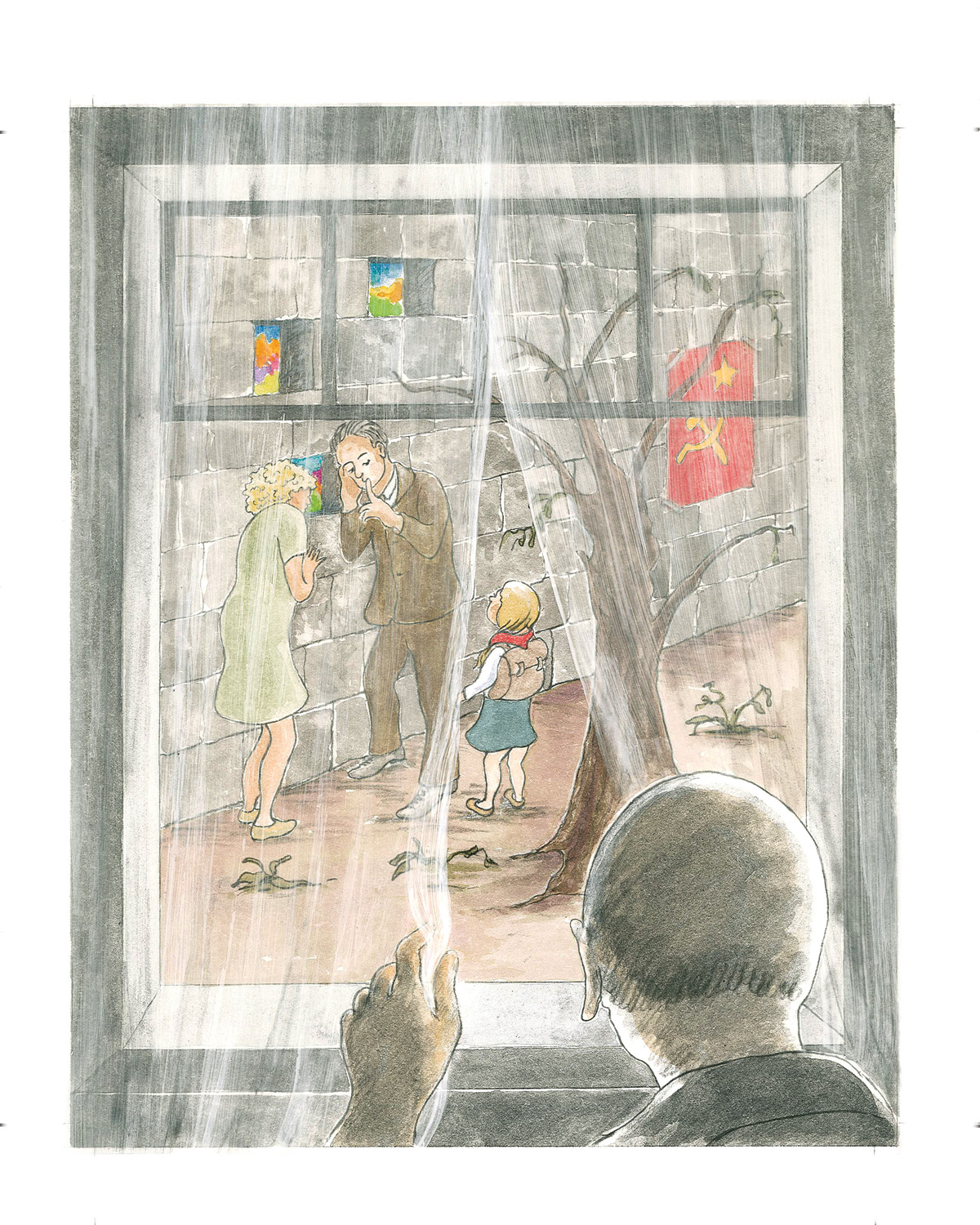 Take a quick glance at a shelf full of picture books and you’ll see lots of bright colours, rhyming and alliterative titles and happy looking children. Sometimes, content matches the cheerful, simple covers perfectly. But, children’s literature is often complex—tackling social and political issues as well as history and morality.

Lemony Snicket gets it. Just look at the first page of The Bad Beginning, from A Series of Unfortunate Events:

And he’s right. The Baudelaires have it tough—in the first book alone, they’re orphaned when their parents are killed in a fire and then forced to live with an abusive man they’ve never met before. Snicket’s writing is tongue-in-cheek, making the heavier themes stand out a little more than is common in middle grade literature. But although those themes might be a little more obvious in his work, political and social commentary appear regularly in kidlit. 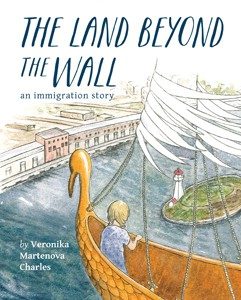 The Land Beyond the Wall by Veronika Martenova Charles is one recent example. This picture book tells the story of a girl named Emma, who lives on the Eastern side of the Iron Curtain. The tale begins when her parents are arrested and she’s sent to live with an aunt who hardly speaks to her. Emma misses her parents and finds solace in drawing, but her aunt scolds her when she catches her and sends her off to do chores.

Emma’s life changes when she sneaks down to the harbour in the middle of the night and boards a ship that eventually takes her to Halifax. But before that happens, the author certainly doesn’t shelter her young readers from Emma’s harsh reality. The book’s opening passage is bleak but evocative:

Once, the world was divided by a big wall.
On one side the sun rarely shone.
Fields lay bare, towns and villages were grey,
and shops were empty. People spoke in whispers because they
were afraid of each other.
They could not even trust their friends.
Nobody was allowed outside the wall.

When Emma asks her aunt if she can go to art school, her aunt’s response quickly alerts young readers to the fact that something horrible has happened to Emma’s parents, although they’re never told exactly what.

“Don’t even think about it,” Aunt Lily said.
“No school will take you after what your parents did.
Now go and sweep up the floor in the attic.” 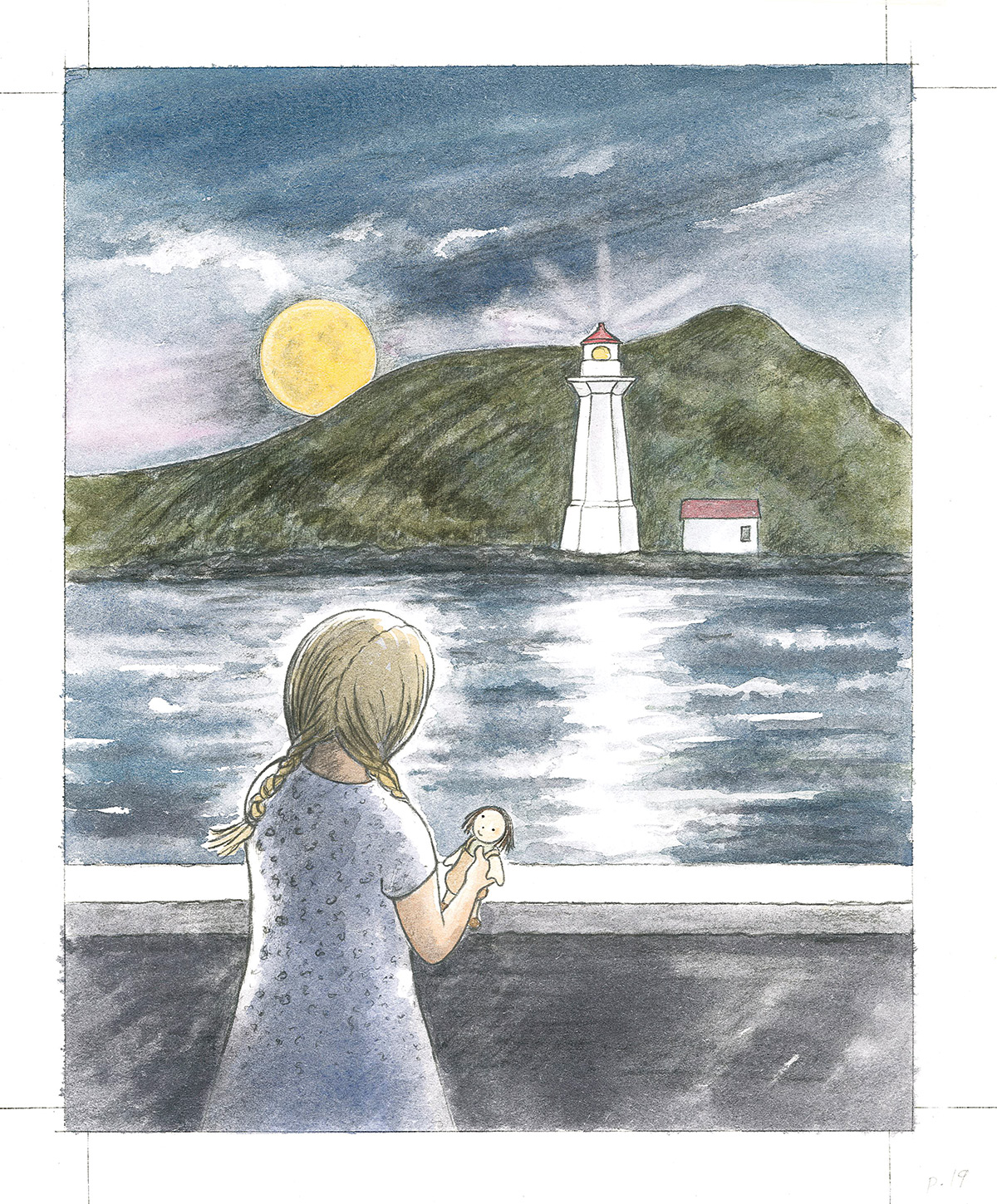 Once Emma leaves, the story follows her across the ocean, through storms and seasickness, fear and loneliness. When Emma reaches “the land on the other side of the ocean,” she’s safe, but she still has barriers to overcome. The hardest part is adjusting to a new language in a place where no one understands her native tongue.

But as Emma settles in, life gets better for her—her world is no longer grey and silent; it’s colourful and comfortable. Someone gifts her with a paint set and she uses it to explore a nearby park, painting marigolds, roses and lupins. When a little boy compliments her picture and she understands his words, she finally starts to feel like she’s settling into a new home.

Ultimately, Land Beyond the Wall is a story of bravery, hope and determination. And although Charles uses age-appropriate prose and shields her audience from the specifics of her main character’s predicament, the political and social messages are clear: all people deserve to be free, art is important and the world is often unfair.

What we tend to forget is that children are complex too. Yes, they’re innocent and that innocence should be protected. But anyone who has or works with children understands that kids are always thinking about serious stuff. They overhear our political conversations and tell their friends (slightly garbled) versions of them. They have worries and fears that manifest as nightmares shared with parents in the middle of the night. They worry about the death, peer rejection and greenhouse gases.

We could try and shelter kids by not writing about these things, but they’re already thinking about them. Kidlit is a great way to explore and process their thoughts and concerns.

Neil Gaiman once addressed children’s responses to dark content while discussing Coraline, a middle grade book about a girl who discovers an alternate version of her family on the other side of a small door. Throughout much of the book, Coraline’s alternate mother is trying to sew buttons onto her eyes. Horrifying right?

Reading audience number one is adults. Adults completely love it and they tell me it gave them nightmares. They found it really scary and disturbing and they’re not sure it’s a good book for kids, but they loved it. Reading audience number two are kids who read it as an adventure and they love it. They don’t get nightmares and they don’t find it scary. I think part of that is that kids don’t realize how much trouble Coraline is in–she is in big trouble–and adults read it and think, ‘I know how much trouble you’re in.’

On the one hand, children have enough awareness to consider and understand serious issues. On the other hand, they are shielded by their lack of life experience and ability to fully understand how bad things can get. This may seem contradictory and, in a way, it is—when they’re ready to emotionally grapple with an issue, they won’t hesitate. But if they aren’t emotionally ready, because of a lack of either experience or maturity, chances are good that the heavier parts will go right over their heads. Which makes kidlit an excellent avenue for exploring political, social and cultural issues in a safe, accessible way.