On the last page of her lovely travel memoir, Unpacked: From PEI to Palawan, Prince Edward Island’s Mo Duffy Cobb quotes the master travel writer Pico Iyer: “We travel, initially, to lose ourselves; and we travel, next, to find ourselves.”

Even if this wasn’t her mantra when she set out on her travels, it certainly seems to have shaped her experiences over the nine months that she, her husband Mitch and toddler-daughter Leila spent living a nomadic existence that took them to a dozen countries, most in Southeast Asia. Duffy Cobb left home to try to escape the grief that engulfed her after her second daughter died just hours before her birth. The travelling helped her slowly come to grips with her own sorrow and loss, but it did so only because Duffy Cobb was able to embrace the sights, sounds, lives, landscapes and people she and her family encountered on their journey, and in doing so, to learn a great deal about herself and our shared humanity on this planet.

Some travellers never succeed at this because they are too wrapped up in themselves (and I’ve met a fair number of these over nearly four decades of expatriate living in Africa and Latin America). Their travels are All About Them, and the places they visit merely a backdrop for selfies, or worse, scratching pads where they inflate their own egos, blinkered by their own cultural biases, ignorance and lack of curiosity.

Duffy Cobb is the antithesis of this and her travel memoir offers a trove of poignant lessons on how to tread lightly and kindly in foreign lands. Confronted with new and sometimes difficult situations and realities, she owns up to her own confusion and asks herself tough questions, confronting and coping with her grief and loss, while rethinking what had once been certainties. “I had become so critical of everything I ever knew or had learned about parenting,” she writes.

The themes of this book–respect for the people and places one visits, the immense learning opportunities that travel affords, the perspective into which it casts one’s own life, culture and worries that suddenly seem small in the grand scheme of things–are all essential in the making of a good traveller and meaningful experiences.

Duffy Cobb began the trip wracked with guilt and grief over the loss of her daughter, but as she travels and learns and sees, she starts to do what a Malian philosopher, author and mentor of mine, Aminata Dramane Traore, calls “seeing with the heart.” This allowed her to put her own loss and good fortune (a healthy, beautiful three-year-old daughter who is befriended everywhere she goes, a thoughtful and caring husband and all the other blessings that we often take for granted) in perspective. 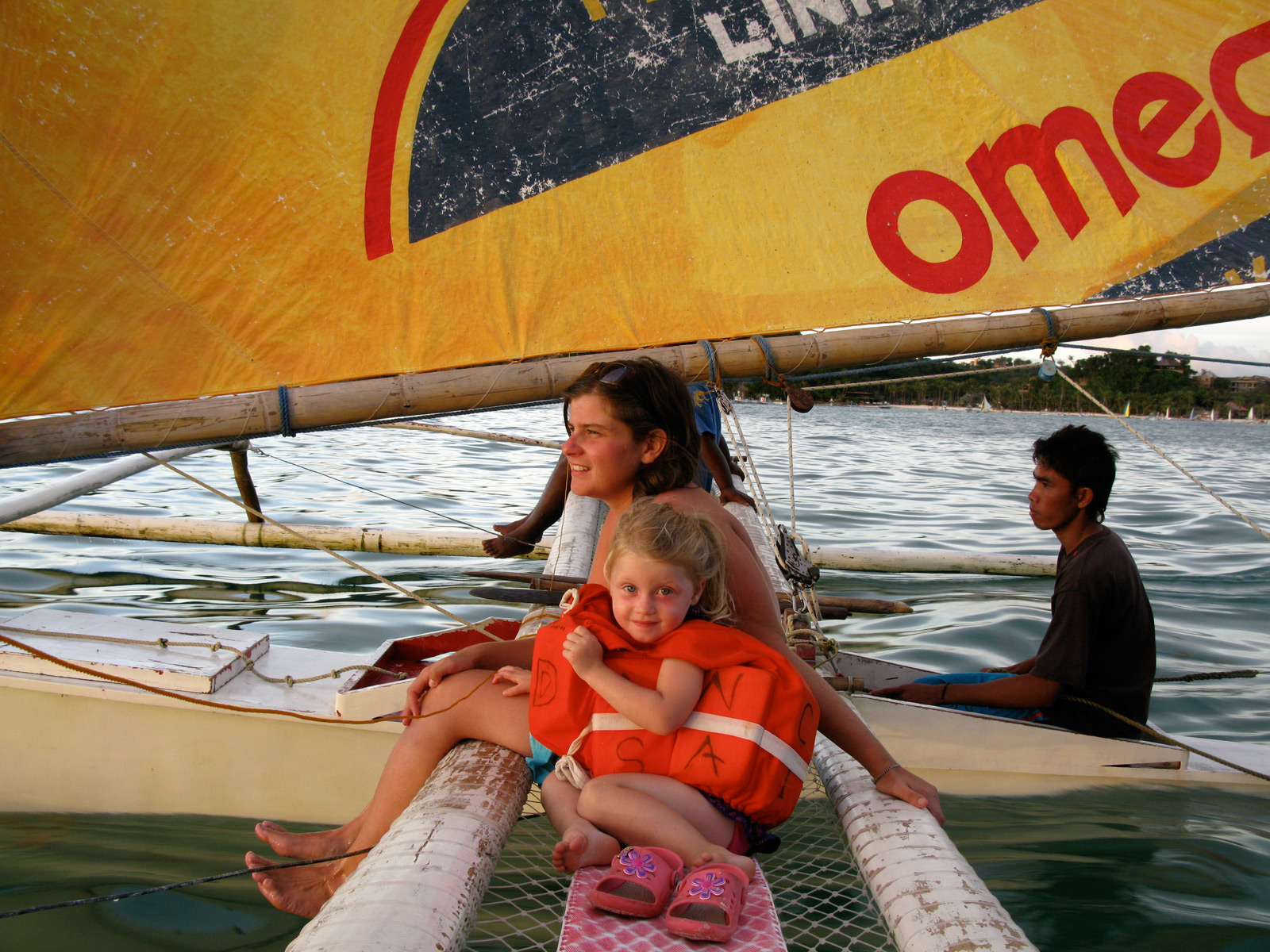 Take this scene from the island of Boracay in the Philippines of two small children begging on the street late at night, which haunts her: “The older one, about four, held a sign. The other, the baby, tucked her head far down into her knees to block out the hideous scene, the piteous looks of the strangers they depended on. The older girl scolded her for doing this, took her chin and forced it up. The baby started to cry.”

“I swear to God, it almost broke me,” she writes.

Although Duffy Cobb was still mourning her lost daughter, she had Leila who was healthy and happy, the prospect of more children and the promise of a good future in a wealthy country ahead of her–unlike so many of the people she met on her travels. “And here I was resort-hopping with my parents from Canada,” she writes, describing the Christmas visit with her family in Vietnam, looking for bigger presents for her daughter. “What a dream that is, that the children of the world would be protected from the misery of the streets.”

Such a compassionate but dispassionate perspective is not always easy for travellers to achieve. It means observing and feeling without paternalism or pity, which sometimes colour the writings of Westerners who venture for the first time into monetarily poorer parts of the world. Duffy Cobb avoids these pitfalls, and instead concludes: “To travel, thereby making the world new again, is to bring clarity and focus to our purpose, our position and our perspective.”

Unpacked could serve as a valuable handbook for travellers seeking not to engage in shallow tourism, but to take meaningful journeys that broaden and deepen their lives and themselves.

Joan Baxter is a freelance journalist, development researcher and writer and an award-winning author. Her sixth and seventh books, Seven Grains of Paradise: A Culinary Journey in Africa, and The Mill: Fifty Years of Pulp and Protest, were published in 2017.