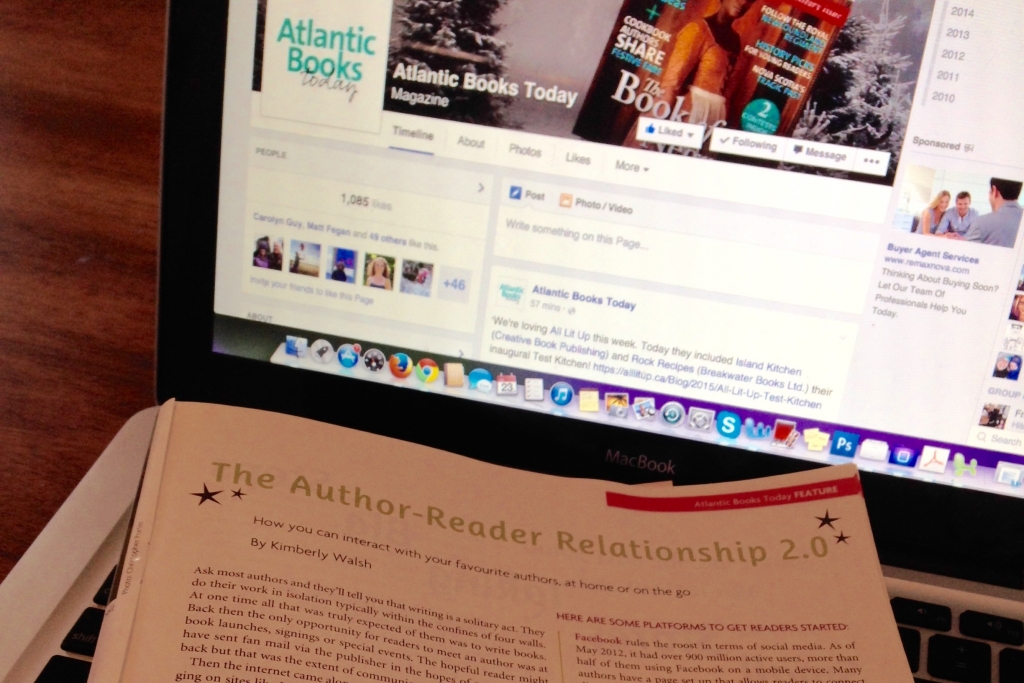 How you can interact with your favourite authors, at home or on the go

Ask most authors and they’ll tell you that writing is a solitary act. They do their work in isolation typically within the confines of four walls. At one time all that was truly expected of them was to write books. Back then the only opportunity for readers to meet an author was at book launches, signings or special events. The hopeful reader might have sent fan mail via the publisher in the hopes of getting a letter back but that was the extent of communication.

Then the internet came along and slowly tore down the walls. Blogging on sites like LiveJournal allowed readers to leave comments directly with the author. With the advent of social media, the walls came down even further. Today, there are a multitude of ways readers can connect with their favourite authors: Facebook, Twitter, Tumblr, Pinterest and the list goes on.

The growth of online communications avenues not only puts pressure on authors to be web savvy, it also requires dedicated fans to do the same. Granted, there are still some holdouts but more and more readers are able to connect with Author 2.0.

Here are some platforms to get readers started:

Facebook rules the roost in terms of social media. As of May 2012, it had over 900 million active users, more than half of them using Facebook on a mobile device. Many authors have a page set up that allows readers to connect directly to them. Fans are often offered sneak peeks and opportunities to win Advanced Reading Copies or other collectibles. HarperCollins recently developed a Like to Read app whereby excerpts are released in stages and only when enough readers “like” them enough.

Twitter is a micro-blogging site that allows users to send and receive text-based messages in 140 characters or less. It is one of the top ten visited sites on the internet. Readers can connect with authors directly by following their @ handles. Hashtags allow readers to follow the thread of a larger discussion. Some popular ones include #YAlitchat, #kidlitchat, and #fridayreads. Author Diana Gabaldon (best known for the Outlander series) offers glimpses into past and upcoming work on Twitter which she refers to as #DailyLines.

For the largest site for readers and book recommendations in the world, Goodreads is where it’s at. There are unique opportunities available through an Author Program including Q&As and live video chats. In terms of live-chatting with authors online, Google + offers Hangouts and some writers are available to Skype (usually for a fee). These video chats offer small groups or book clubs an intimate conversation with an author.

New to the scene is Fanado, a site “where fans connect with talent.” With the support of literary heavyweight Margaret Atwood, Fanado hopes to take the author-reader relationship to the next level. Fanado is a combination of virtual signing and video connection to be merged with chat, comments and sharing capabilities. The site raised over $85,000 to support mobile app development with the help of an Indiegogo campaign earlier this year.

As developers think of new ways to make the web more social, readers should not overlook blogs and email as a means of communicating. The key for readers and authors alike is to choose the platform that works best for them. Although it is increasingly easier for fans to connect with writers, provided both participate in the social media sphere, authenticity is still as important online as it is in real life. Finding just the right site for interaction requires a bit of experimenting but ultimately a preferred platform will help build a better relationship.

Kimberly Walsh is the Print & EPUB Production Specialist at Fierce Ink Press. She's worked as an associate producer (social media & online community) at CBC Books and Canada Reads. She is also invested in the literary community, bringing BookCamp to Halifax and founding All Rights Reserved literary magazine (of which she was the managing editor).