Ten years ago, I had the strange privilege of co-authoring Atlantic Canada’s 100 Greatest Books. My co-author and I, with the enthusiasm of men who do not realize they’ve bitten off far more than easily chewed, surveyed CanLit insiders and fans. There were 716 responses, nominating 2,048 books. From that, we winnowed a top 100 list.

(No Great Mischief was number one, if you don’t have your copy handy).

Debate began as soon as our project rolled off the press. Why aren’t there more Newfoundland books? Why didn’t you include my book? What do you guys have against poetry? Anne of Green Gables is number two? Really? And so on.

I learned more than I ever thought possible about the wealth of Atlantic Canadian literature. After the book was published and the hubbub was behind me, I thought: “I don’t want to ever read another Atlantic Canadian book and I never want to do that again.”

There is no particular methodology behind this list. I polled a few librarians, teachers, authors and editors (not 716 of them), but these are my subjective, opinionated picks.

What strikes me is how a great writing culture has, despite relentless economic pressure and competition from around the globe, gotten greater, with a more diverse array of talents. There are more women and writers of colour in the mix than a decade ago. It’s exciting to see writers who weren’t on my radar (sometimes because they were still in high school) now topping the list. 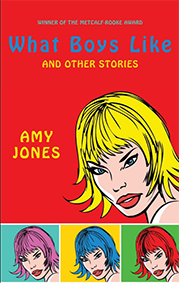 It wasn’t her first book, but with this collection of short stories, many first discovered Halifax’s Amy Jones as an inventive writer, both technically proficient and artful. Her characters are authentically flawed, real and knowable. The 15 worlds she creates feel lived in. One senses lives that were going on before the reader joined, continuing after the reader leaves. 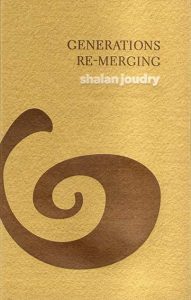 Canada is enjoying an explosion of Indigenous arts unseen since the first European settlers arrived here. This list could have just as easily been about the 10 best Indigenous books of the last decade. Few books reflect that as well as joudry’s debut collection of poetry. Exploring Mi’kmaw heritage, culture and tradition, she offers deeply personal poems speaking to her own experiences and far broader, universal issues. “Healing to both author and reader, and an offering for many generations to come,” writes reviewer Shannon Webb-Campbell in Room. 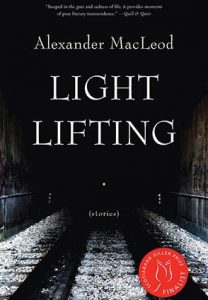 Cape Breton’s Alistair MacLeod (quite legitimately) dominated this discussion a decade ago, so the part of me that likes historical symmetry is pleased to place his son on this list. Yet Alexander MacLeod would belong here even if his father’s name were John Smith. Shortlisted for the 2010 Giller Prize, this short-story collection reveals a writer whose talent exceeds his legacy, rising above the expectations his famous father inevitably created. Raw emotions and vivid personalities dominate. 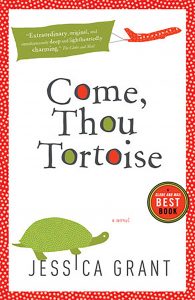 Debut books seem to keep coming up on this list. (Which is about the most hopeful thing I can imagine for Atlantic Canadian literature). With brisk, breathlessly paced writing, Jessica Grant crafts a quirky world where even the most briefly passing-through characters have something pithy and wise to contribute. In creative-writing programs all over the country, young talents are furrowing their brows, trying to figure out how to write with such creative economy. 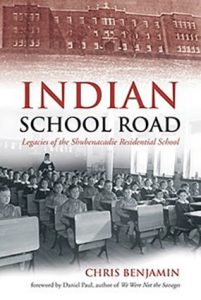 Canadians like to imagine themselves as compassionate and gentle, without the racial strife that periodically roils over our American neighbour. So Canada’s post-colonization history is tough to reconcile. Most feign ignorance (“Their lives are so much better now.”) put it in the past tense (“That’s ancient history.”) With this searing look at the legacy of the residential-school system and its still-resonating consequences, Chris Benjamin makes either escape impossible. Read this book and it’s impossible to deny what our ancestors did, or our obligation to make it right. 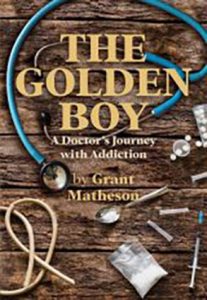 Write personally and honestly and you can’t go far wrong, say writing coaches around the world. And with this ruthlessly honest recollection of his life as a drug-addicted doctor, PEI’s Grant Matheson shows the simple wisdom of that advice. He describes how he became hooked, his fall from grace when his addiction led to professional malpractice, his struggles to get clean. It could be the lurid stuff of any number of autobiographies, yet his simple honesty gives readers the chance to understand and see the realities of drug addiction, and how its horrors aren’t confined to certain neighbourhoods or economic classes. 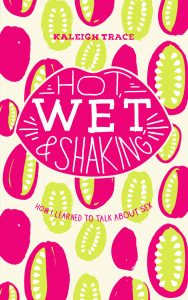 Kaleigh Trace describes herself as a “disabled, queer, feminist sex educator,” which would seem to put her in a category all her own as a writer. Only she doesn’t accept that notion. Instead, she writes a powerful and personal story about her own sexuality, what she’s discovered about herself and other people. National Post reviewer Stacey May Fowles sums up: “It is accessible to anyone who has struggled and faced confusion on the path to pleasure… so basically, everyone.” 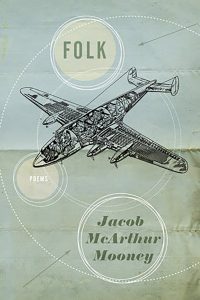 As our civilization is ever more atomized from a collective to a gathering of self-interested individuals, it’s fascinating to see a poet of Jacob McArthur Mooney’s talent explore, with wry humour and tender insights, our evolving idea of community. Most captivating is “Folk 1,” about the crash of Swissair 111, bringing international tragedy to a rural Nova Scotian fishing village. Two decades later, its effects linger in intangible ways, better understood after reading this book. 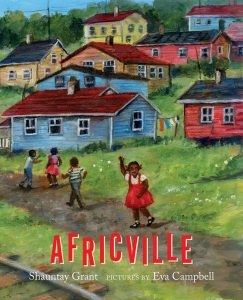 A decade ago when pondering Atlantic Canada’s greatest books, we gave books for kids little consideration. It wasn’t deliberate; there were few on our radar, perhaps because we hadn’t seen books like Africville. With warmth and tenderness that makes the heart ache, Grant writes a lyrical homage to a lost community. Aimed at younger readers but captivating to all, she makes readers yearn to visit the now razed community. Evoking nostalgia for what we destroyed, she makes it clear why the razing of Africvilles remains an open wound. 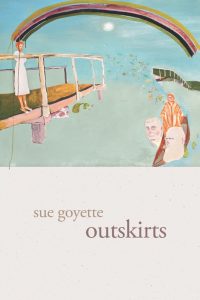 While young and emerging writers dominate much of this list, one can’t overlook the ongoing work of long-established talents like Sue Goyette. For more than three decades, she’s been writing poetry and meditations tightly linked to the East Coast, and specifically Nova Scotia. There’s her deep connection to the natural world, and more than that: “Firmly rooted in Nova Scotia’s natural environment and culture, the poems in Outskirts feel quite at home in my urban prairie setting. As I feel in Gus’s Pub,” says a review in Prairie Fire. You’ll find those qualities in any Goyette collection, but if you’re only reading one, this is it. An accomplished artist at the top of her game, helping us discover ourselves and our place.

Trevor J Adams is editor of Halifax Magazine and senior editor with Metro Guide Publishing. He wrote Long Shots: The Curious Story of the Four Maritime Teams that Played for the Stanley Cup and coauthored Atlantic Canada’s 100 Greatest Books and Today’s Joe Howe.

Trevor J Adams is editor of Halifax Magazine and senior editor with Metro Guide Publishing. He wrote Long Shots: The Curious Story of the Four Maritime Teams that Played for the Stanley Cup and coauthored Atlantic Canada's 100 Greatest Books and Today's Joe Howe.